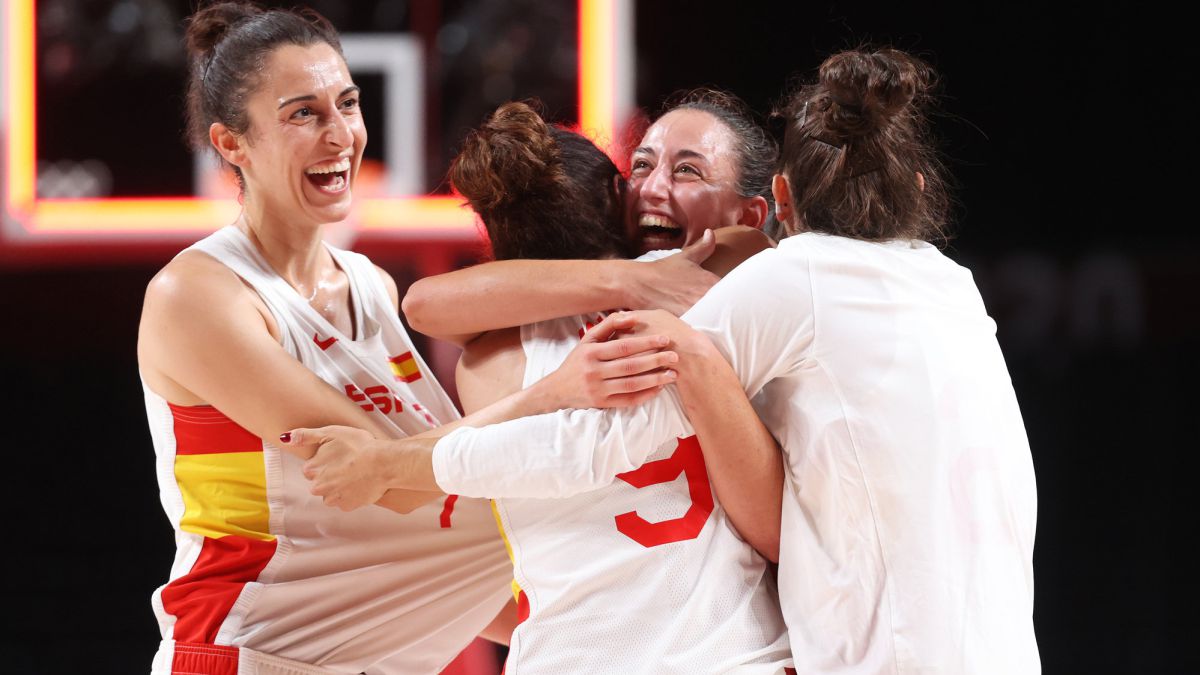 A few quarters of the Olympic Games for the basketball team sound very good from that angelic basket of Anna CruzThey christened her “Crunchelito” in the quarterfinals of the Rio Olympics at the Carioca Arena. That day, Spanish women’s basketball crossed a new threshold.

Five years later, Anna Cruz is no longer with the group, but there are a few players who want to repeat that experience: Laia Palau, who is hurrying her last days in the National Team, Alba Torrens, Laura Gil, Silvia Domínguez, Astou Ndour, Leo Rodríguez. And help those who were not and are already over thirty like Cristina Ouviña; since the new wave of María Conde, Maite Cazorla or Raquel Carrera, can live it.

To smell the metal again, Spain must knock down France before (2:00 pm), a very hard bone. Current runner-up of the Eurobasket, where he only knelt the knee against Serbia, has arguments to worry the National Team. Sandrine Gruda is still the great reference of Valèrie Garnier’s team, but now players with great potential have been added such as Miyem, another inside threat, or Gabby Williams, that hurt Spain in the friendly played in Paris less than a month ago. Marine Johannes is the point guard of the game, also a good scorer, and Chartereau or Vukosavljevic, good rotation players.

Spain arrives very well to the quarters. Freed of tensions with a very successful initial speech of reconstruction and kilometer zero after the Eurobasket in Valencia, it has been growing with the passage of the tournament. From the early morning of the first day against Korea, in which it cost, to the solvent victory against Canada, through the explosion of Cazorla against Serbia, the National Team is confident andu Big Three, in a brilliant moment. Alba has given the National Team the ground that it did not have in the Eurobasket, Ndour is devastating with an average of 22 points per game and Ouviña distributes the game (23 assists in three games) and is dragged by her tremendous willpower. This Wednesday, in addition, Laura Gil will play a determining role. Brilliant in the first phase, where she has been an invaluable element due to her knowledge of the game, today she will play a key role in the defense of the great French players. Annoy as art. And in case there is no time left, Spain has the experience and character in great days of Silvia Domínguez, and the wisdom of Laia, who will try to give the team her magic in the few minutes that it is underway.

The rival is tough, but Spain arrives prepared for the Saitama appointment. Rien ne goes plus in Saitama.