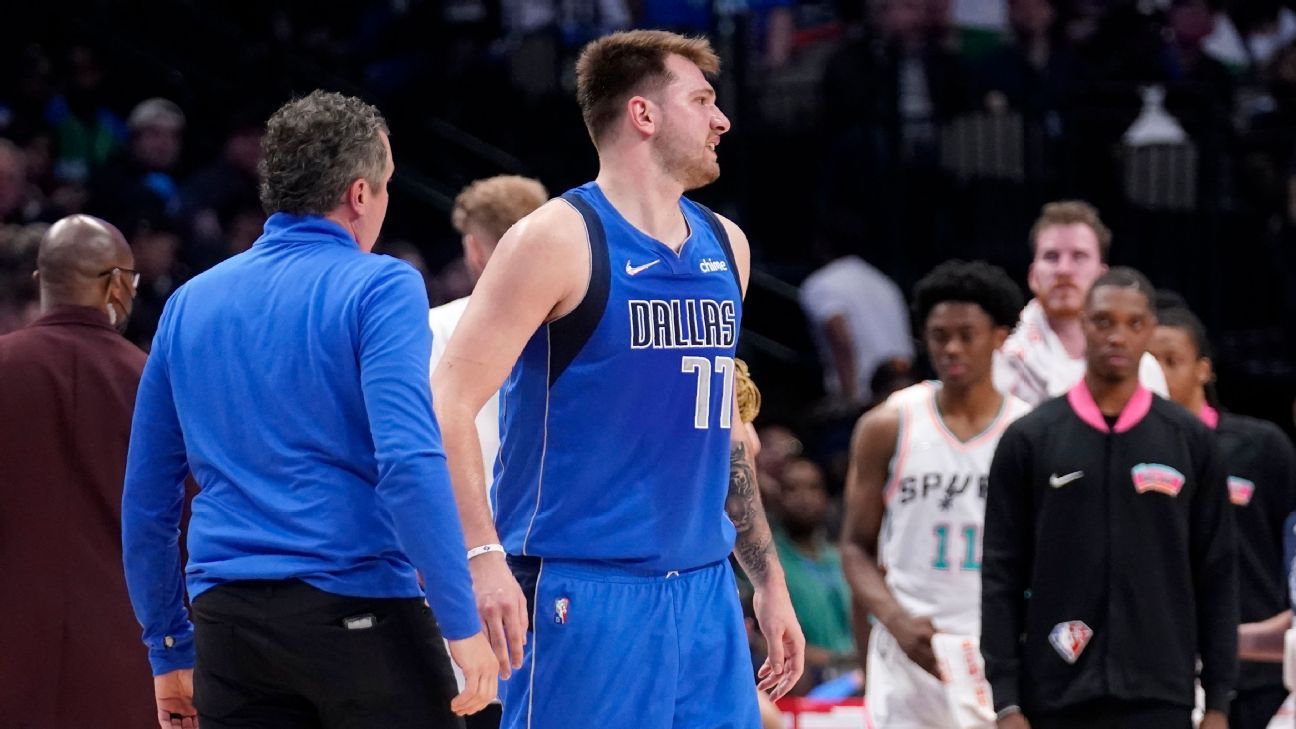 Doncic hasn’t practiced since suffering the injury in the third quarter of the Mavs’ final regular-season game on Sunday. He has undergone extensive treatment and progressed to jogging on a treadmill during practice Thursday.

“He’s in good spirits and he seems to be getting better,” Mavs coach Jason Kidd said.

Recovery times for calf strains vary based on factors including the severity and location of the injury. The average time lost by NBA players who suffered calf strains this season was 16 days, according to data compiled by InStreetClothes.com.

The Mavs have refused to specify the extent of Doncic’s injury or indicate an estimated timetable for his return.

Doncic, a two-time All-NBA first-team selection who averaged 28.4 points, 9.1 rebounds and 8.7 assists per game this season, has played through injuries in both of his previous playoff appearances.

In 2020, Doncic was questionable for Game 4 due to a sprained ankle and was not cleared to play until after his pregame warmups. He had 43 points, 17 rebounds and 11 assists in the Mavs’ win over the LA Clippers, which he capped with a game-winning 3-pointer as time expired.

In the 2021 series against the Clippers, Doncic suffered a cervical strain in Game 3, significantly limiting his neck’s range of motion. He struggled in Dallas’ Game 4 loss, but rebounded with a 42-point, eight-rebound, 14-assist performance in the Mavs’ Game 5 victory.

There is concern that Doncic could aggravate the ailment, which would likely keep him out of the rest of the playoffs, if he returns before the injury is fully healed.

“If he’s injured and he can’t play, we’re not going to put him in harm’s way or put him in a situation that makes things worse,” Kidd said earlier this week.