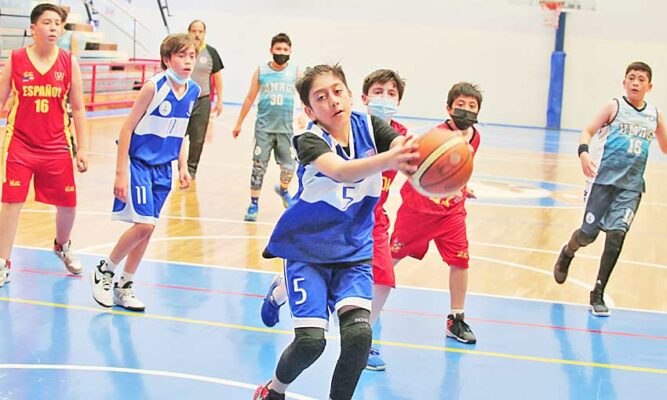 Che success is developing the minor series basketball tournament organized by Croatian Sokol and which takes place in the gymnasium of the institution.

Teams from cadets and children’s categories participate in the event, both men and women. “We have been in competition for almost two months. The championship is played on two wheels all against all in each category and we also have a mini series with recreational games, ”said Andrés Bradasic, president of the club’s basketball branch.

He stressed that the activity has been developed with great enthusiasm on the part of the small competitors and has been a very good alternative “so that the boys can practice basketball.”

Along these lines, he stressed that “it has also been a way of helping the Basketball Association in this task, since it has not had a gym to develop the minor series championships.”

Let us remember that the gymnasium of the Sports Confederation, the usual basketball venue, is not available because it is leased to the Ministry of Health.

Bradasic explained that next week four games will be played that will close the qualifying phase and define the positions to determine the finalists in each category and the teams that will go through the secondary positions. The finals will take place on Sunday, January 9.

Meanwhile, Francisco Fernández, Sokol’s cadet and children’s coach, announced the most recent results that have been recorded in the contest. They are as follows:

Sokol has its basketball party in minor series