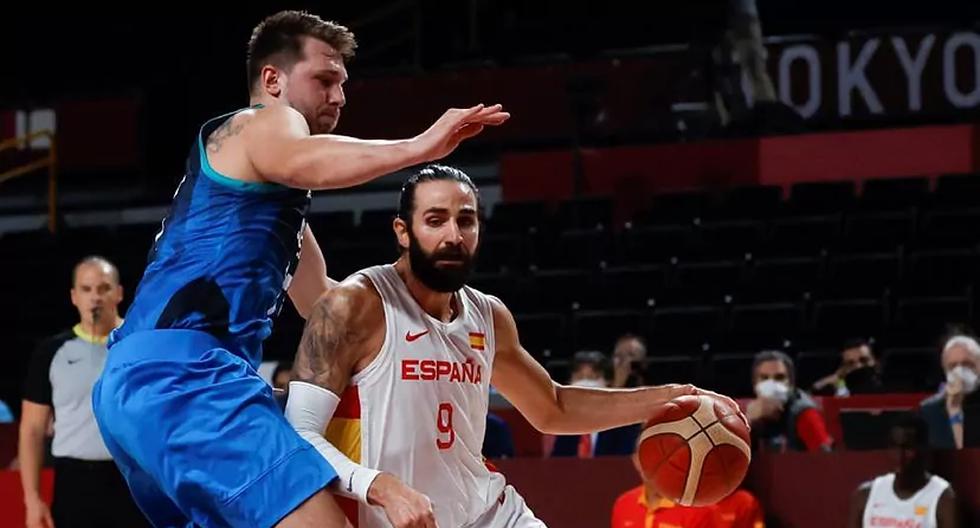 Slovenia was superior and defeated Spain, which will have to wait for a strong rival in the quarterfinals of the Olympic Games. The red team fell 87-95 against Luka Doncic’s team that took the lead in the final minutes and thus was able to consolidate their good moment. In addition, they will avoid the United States in the quarterfinals by being first in the group and not being able to repeat a confrontation with the squad from the same location.

Spain sought to neutralize Doncic above the other players. In this way, he chose to put a ‘stopper’ to take note of the movements of the Slovenian player. With Claver as captain general, glued to the Slovenian genius, and with the other two outsiders helping him in that task. The selection formed a box area, with the azulgrana in individual to try not to receive Doncic. When there was, those support came from Ricky or Rudy to keep him from thinking.

Doncic annulled, the mission was to win the match, but Spain did not. He was suddenly self-conscious, with the second unit offering doubts again. The Slovenians threw with great freedom and that is life threatening. Blazic, Murci, Prepeli. The list of shooters is endless and the Slovenians grew up there, taking the lead for the first time as soon as the second quarter began.

Slovenia reacted thanks to their leader, who forgot the basket and started looking at the rest. His other great danger. Almost without attracting attention, he crossed the good defense of Spain to draw the points of his teammates. That of the Slovenians was a comeback at idle, which was already consummated in the last quarter, in which a 7-0 partial gave them the first advantage in a long time.

Spain had one last ball to have won the game, but Abalde’s triple, who had a surprising 4 of 6 from the perimeter, crashed into the basket and buried Spain’s options. The team still had one last shot, this time to force extra time, but there was nothing to do.