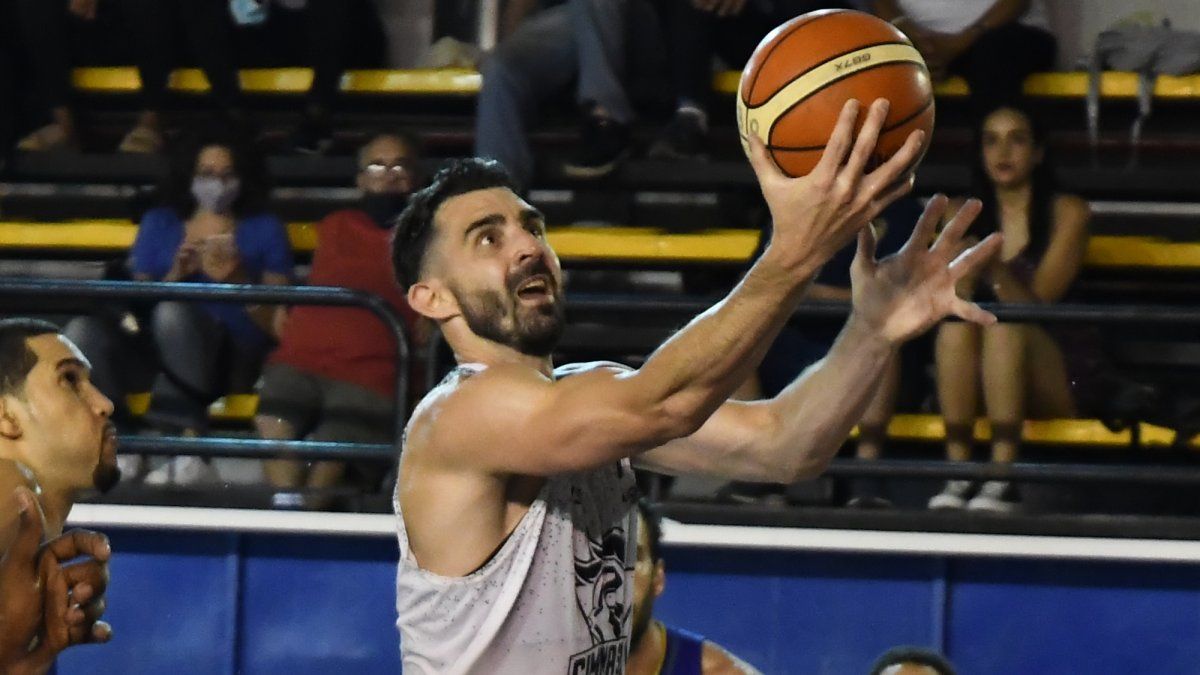 The Gymnastics and Fencing player of Comodoro Rivadavia Sebastian Vega He suffered insults from the Santiago supporters when he was about to execute two fouls, and minutes later those in charge of the control table asked the referees to stop the game until the fans stopped harassing him.

Even Vega, 33 years old and a native of Entre Ríos and who made his sexual status public in 2020, warned the referees in the middle of the match that he was being insulted by the audience, gesturing that they listen to what they were shouting.

“After what happened yesterday, far from feeling disappointed, I feel very happy. The support was felt and that speaks to the fact that we are no longer the same as before, we are better people. Thank you for the respect and for so much affection on the part of everyone; leaders and fans, thank you”, expressed the forward in his networks.

After what happened in Santiago del Estero, from the Club Association they made public their total rejection of what happened, and warned that the club will be fined and the aggressors will be prohibited from entering the stadium in the future.

After what happened yesterday, far from feeling disappointed, I feel very happy. The support was felt and that shows that we are no longer the same as before, we are better people. Thank you for the respect and for so much affection on the part of everyone; leaders and fans, thank you.

The Santiago del Estero club repudiated the events that occurred in its stadium with a statement from its social networks: “The HCD of the Quimsa Athletic Association rejects the unfortunate behavior of some misfits who last night during the third quarter of the game disturbed the player with their songs Sebastian Vega”.

But in addition, the Santiago franchise recalled the player’s passage through his institution seasons ago and explained that he repudiates the actions of his supporters.

“This institution repudiates and does not share this attitude, which has nothing to do with the club’s thinking towards one of the most remembered and valued players who wore our shirt and who led our club to the title of champion of this National League. Needless to say, his quality as a person and that he always had exemplary behavior with the Quimsa family,” he added.

Until that moment, the green player had converted 13 points, with a good development in the game, but after the incident he seemed to lose concentration and only converted one more point.

Also from the Players’ Association they “strongly repudiated the acts of discrimination suffered by Sebastián Vega at the Quimsa stadium” and described them as “unfortunate”.

“We hope that misfits who should no longer enter a basketball court will be sanctioned. Our respect and admiration for Seba and congratulations to the player, referees and Quimsa leaders who acted quickly in the face of the embarrassing episode,” they declared on their social networks.

In turn, the National Basketball League issued a statement on its official website and expressed its “repudiation” of what happened with Sebastián Vega.

“From the AdC we express our repudiation of what happened. Our statute was designed with the aim of having zero tolerance for discrimination of any kind. In this way, the club will be fined for the events that occurred and the people involved will not be able to re-enter to the stadium”, said Gerardo Montenegro, President of AdC.