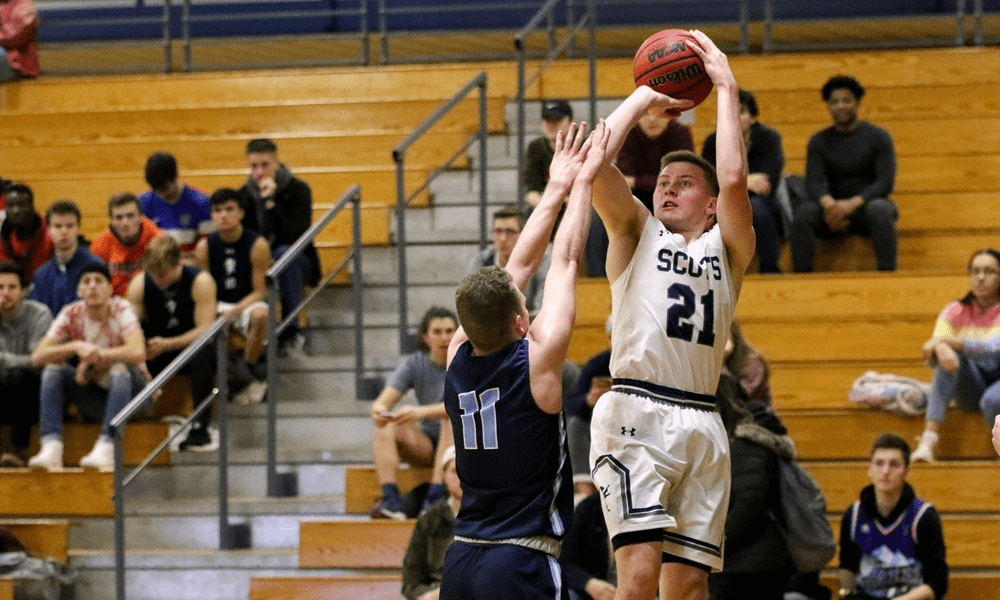 The LEB is a land of opportunities. Who does not remember that profile of players without great physique but enormous aim and talent? A few days ago, Spencer Reaves’ march to Germany coincided with the enormous performance of Eric Demers in The Tournament, a tournament where practically all American players are present. Sniper Ben Stelzer’s name was on my lips. That shooter breed profile. So I started thinking about a possible article something random on similar profiles, something different, but ideal for these heights of summer and that, although not even 100 people read it, at least it brings a smile to those curious avid players who could be “the new Ty Sabin”.

Eric Demers (185 cm). Nothing better than starting with the player who gave the idea for this article. Last season I suggested the name of this NCAA-DIII star (Gordon) to various Silver teams, but no one bet on professionalism for him. After a blank season and change of agency, Demers has not lost attributes. With excellent shooting percentages (50% T2, 40% T3, 89% TL), he is a shooter of catch and shoot or coming out of blocks, but, be careful, because it is lethal in transition and knows how to play the Q&A. Without a physical scandal, he has shown in The Tournament that inactivity has not weighed him down and he is a player to bet on now.

Brady Rose (1996/190 cm). He did not have it very controlled after his time in the NCAA and his stay in Germany (ProB, 19/20), but in Bulgaria they noticed him, and without a doubt he deserved. In Beroe, with an American gambling point guard by his side, this CG Short in stature but with a good upper body, he has demonstrated his danger from the triple and his ability to get up from either side. Their percentages are not misleading (52% T2, 43% T3, 94% TL), with almost three triples per game.

Aston Francis (1997/185 cm). He graduated two years ago and was slow to have his first professional experience despite being one of the best non-D1 players in his litter. Their place to debut was none other than Georgia’s second division, with little local talent but hungry foreigners; in it, that voracious scorer has re-emerged (19.2 pt, 6.6 re, 50% T2, 40% T3, 80% TL), a player who scores after leaving the screens of his habitat, although he can also dare with the Q&A or open field. Watch videos and judge for yourself.

Landon Taliaferro (1997/196 cm). Perhaps the “less pure” profile for measuring 196 centimeters, but the former Fairfield is equally a real shooter. He already did well in Luxembourg (until the Covid break) and then in Kosovo he continued with his game (20.4 points, more than 4 triples scored and good percentages: 62% T2, 49% T3, 80% TL). Excellent hand, especially receiving and shooting. Physically he lacks strength, but, be careful, because he dares to lower the ball and seek penetration, running the transition comfortably. Pure definition of shooter.

Jackson Trapp (1992/193 cm). Although he has been in Germany for two seasons, I have had my eyes this season on him. We are talking about a player who did not catch on in his early years, but after standing out in the TBL the German Paderborn noticed him, following his own and being a shooter par excellence, whether with or without the ball. With the ability to attend and not be one-dimensional. Very dangerous from the triple (15.0 pt, 4.2 as, 67% T2, 41% T3, 80% TL), with more than three scored per game.

Trevor John (1995/191 cm). He exploded in his senior year in college, when he swapped Cal Poly for Drexel and broke from the triple (41% T3, more than three scored per game), with a shooter profile with brutal data compared to other NCAA players. A quadriceps injury left him in the dry dock on 19/20, but he made his debut in Romania in a lower-middle team, Constanta, at the beginning of 20/21. His numbers (9.9 pt) do not attract attention, but if someone wants a shooter (with or without the ball and with fast mechanics) he can be your man without a doubt. As a good shooter, if you manage to progress in your one-dimensional game, you will grow more and more.

Mitch Pelissier (1997/190 cm). Typical case that you find yourself watching lost leagues and cutting another player, you look at the track in him and you discover him. It’s about a CG trained in DIII and who has repeated experience in Albania for the second consecutive year, with good records and percentages in Teuta (18.0 pt, 3.3 as, 50% T2, 40% T3, 85% TL). Perhaps the least pure profile of those described, because he is a player with good game vision, without fear of playing the game. Q&A or the 1 × 1 and comfortable in transition. His almost three triples per game, with or without the ball, show his danger from any distance.

We could continue indefinitely, but we don’t want to bore you either. Who knows if anyone will dare to bet on these “not so well known” shooters with excellent percentages …