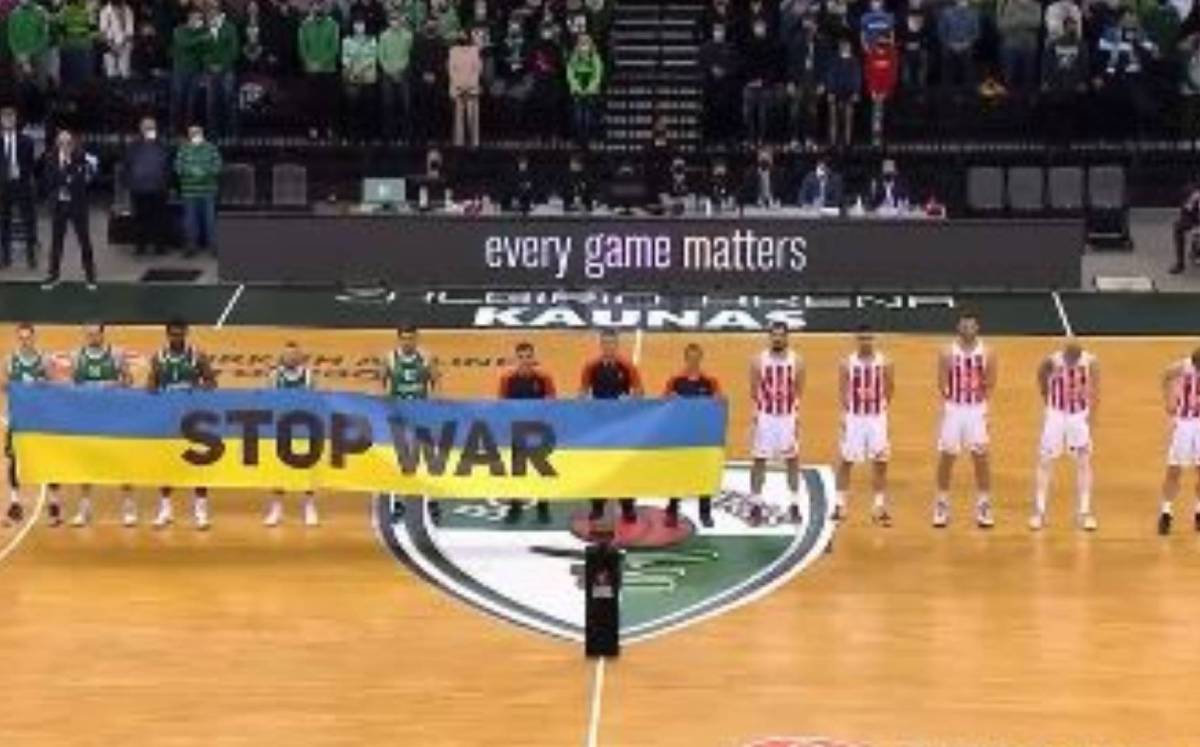 
the red star of the basketball euroleague it’s found mired in controversyafter in their match against Zalgiris of Lithuania was not sympathetic to Ukrainewhich is suffering from the Russian invasion and took the boos from the lithuanian public.

Before the match, both quintets would hold a Ukrainian flag with the legend ‘StopWar‘ but only the local team lifted itwhile the Serbian cadre refusedso the whistles did not wait.

Red Star players refuse to hold a banner that says “Stop War” with the Ukrainian flag and the public reacts in this way. pic.twitter.com/INSiB28MLF

The conflict war on Ukrainian territory is far from over and that is why in many spaces, not only sports, we see signs of solidarity and messages of peacelike the one given by the president of Ukraine, Volodymyr Zelensky, at the Grammy Awards.

Speaking merely of sports, we could say that at Red Star karma fell on him, since lost 103-98 with Zalgiris.

Red Star spoke about his gesture with Ukraine

When the video went viral of the controversial moment, the Serbian team unveiledthrough a statement, the reasons they had not to show support for Ukraine

“the red staras a sports club and representative of Serbia, which has taken a clear position on the conflict in Ukraine, follows the official position of our country. A few days before the game it was made clear to the Euroleague and the leaders of Zalgiris, who we were not going to allow the politicization of the party and we would not carry a banner with the colors of any country at warbecause it would make us participate in the manipulation and politicization of one of the most humane and universal slogans like Stop War”, they reported.