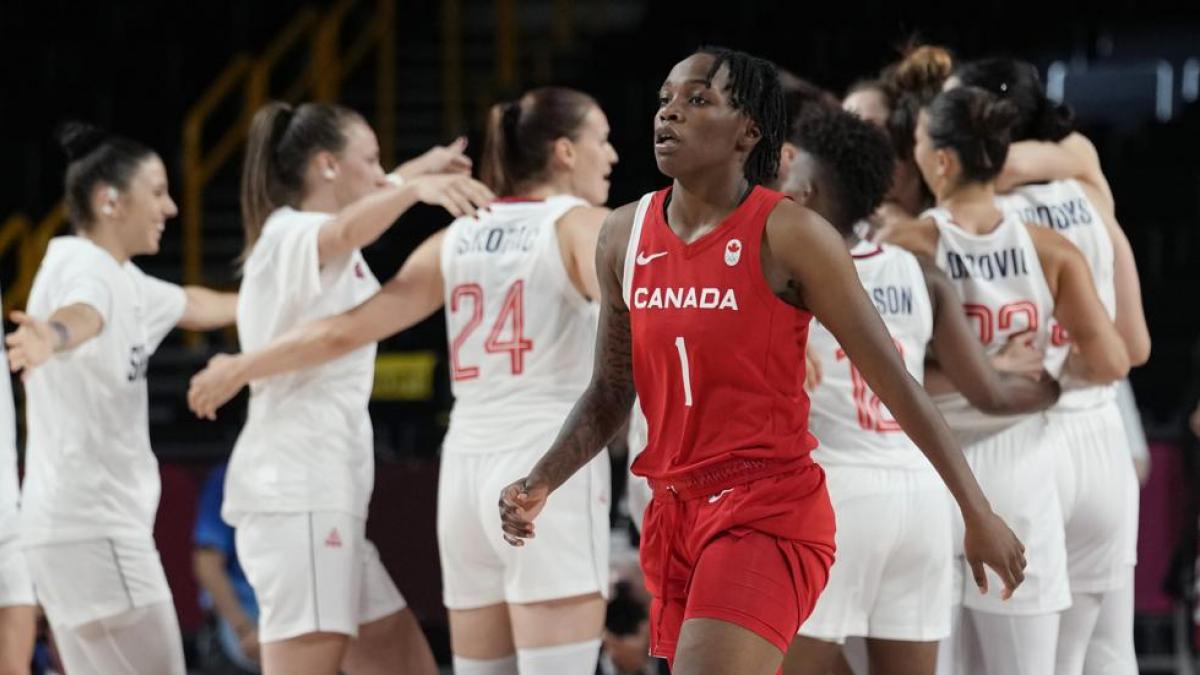 Selection of Serbia, current European champion of women’s basketball and next rival of Spain in the Tokyo 2020 Olympics, has been imposed on Canada 72-68 at its premiere, in a duel that they dominated until the third quarter but in which the North Americans came close to starring in an even final.

The Serbian team, which will be measured with Spain next Wednesday (10:20 Spanish time) he knew how to handle an even final after dominating the rebound (34-28) and starring in a great triple hit of 47%, by hitting 8 triples in 17 attempts. Ana Dabovic, with 11 points, 6 rebounds and 5 assists, was the most outstanding and key player in the end, while Sonja vasic made 16 points.

The two rivals of Spain They starred in an even first quarter (16-13 for the Balkan team), which the Serbs managed to unbalance in the second to go to rest with a difference of eight points (36-28).

On the return of the intermission, Canada -which had the outside Nirra fields Y Kia Nurse As the most outstanding players, with 19 and 16 points, respectively, she regained ground leading a 2-12 run, from 38-28 to 40-42 (min. 28), to give way to a decisive and tremendously even last quarter.

With the duel in maximum equality, 58-58 at 4.25 from the end, the Serbian team chained three triples, two of Ana Dabovic and one of Aleksandra Crvendakic that gave them an almost definitive advantage (67-60) with 3 minutes remaining.

Even if Canada approached, the team of Marina Maljkovic seemed calmer in the hot minutes, as the Canadians committed several key losses and allowed a swift counterattack of Jelena brooks after a triple of Nirra fields for 70-67 in the last minute. A good final Serbian defense and a last layup from Dabovic certified the Balkan triumph in their Olympic debut.