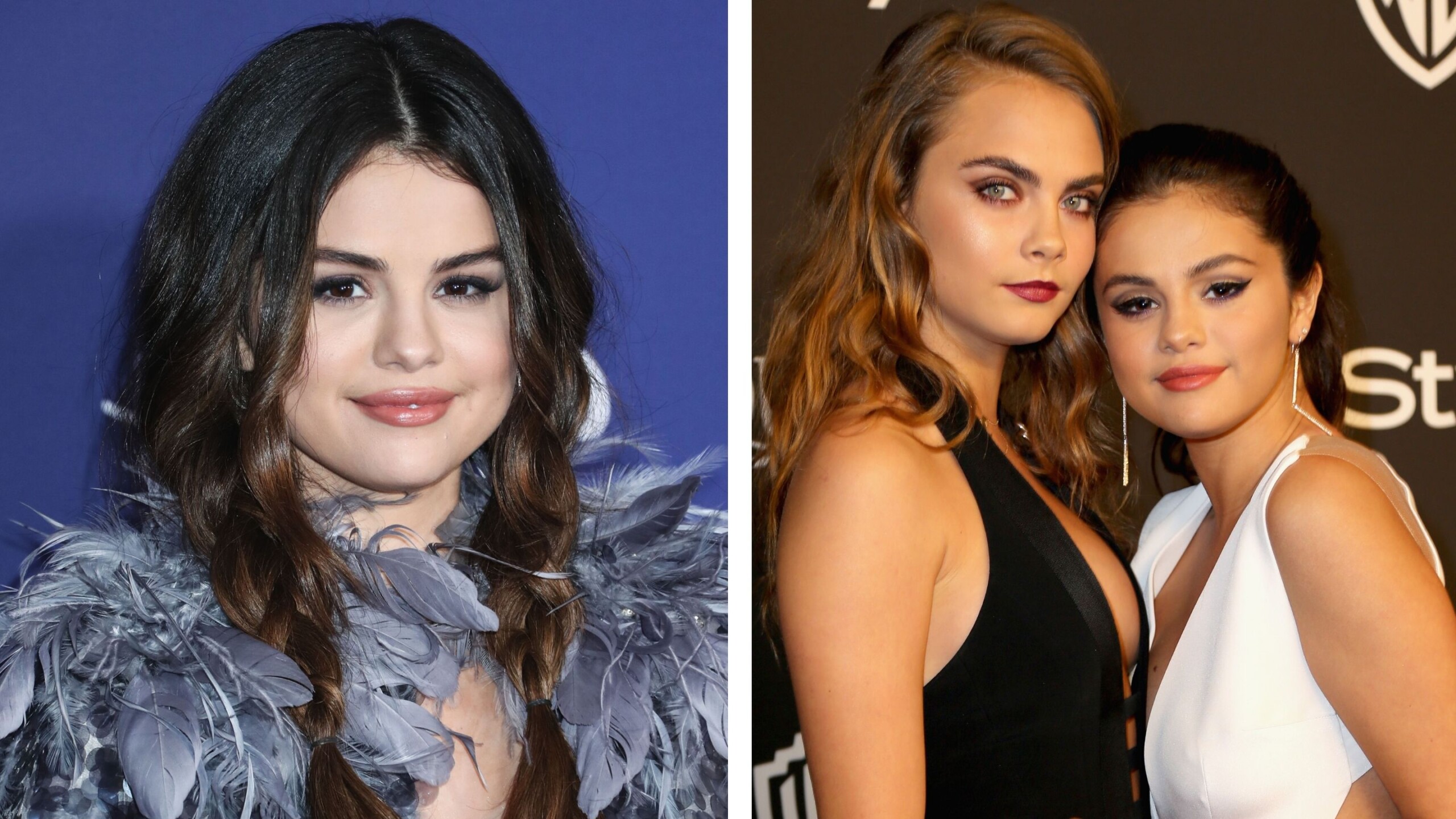 Selena Gomez has been talking about lately after being related to the actor Chris Evans, who plays Captain America in Marvel movies, but was now caught showing his affection to another celebrity.

It all happened last Monday night at Madison Square Garden in New York City, where the Knicks and Orlando Magic faced each other. In the front row was the singer, accompanied by the model and actress Cara Delevingne.

When the stadium camera focused on the 29-year-old model as part of the celebrities attending the event, it was taken as if it were part of the well-known “KISS CAM”, where the couple that appears on the screen is encouraged to kiss. .

Given this, Gomez is seen to say something to Delevingne and proceeds to kiss her, almost hitting her mouth, so the model reacts with surprise and points to her cheek as if to say that the kiss was barely planted on her. there.

Look at the photos of his attendance at the New York Knicks game where the tender moment occurred:

Rumors that Selena Gomez was dating Chris Evans They began in October 2021, when both celebrities were captured, separately, leaving the same restaurant and also began to follow each other on their social networks. In 2015 the interpreter of ‘Lose You To Love Me’ confessed in the program ‘Watch What Happens Live’ that her famous crush was Chris Evans

“I like Chris Evans. Its not cute? It is very cute”.

However, it seems that the photos that have circulated of the restaurant are from different moments. In Gomez’s case, it would be November 2017 when he left a shopping plaza and had a relationship with the singer The WeekndWhile the actor’s are from October 2013, he was going to pick up his mail and at that time he had a relationship with Minka Kelly.

Selena and her relationship with Cara Delevingne

After the moment that Gomez and Cara Delevingne starred in, social networks were filled with speculation about a possible relationship between them. On the one hand, the actress of ‘Suicide Squad’ (2016) in June of this year declared that her sexuality is like a swinging pendulum; For her part, Gomez has never made her position known on this issue.

However, rumors that there is something more than friendship between them go back to 2014, when they were seen spending time together on a vacation and the paparazzi also caught some displays of affection for each other.

But Gomez in 2015 during an interview with PrideSource clarified the whole matter and said that her relationship with Delevingne is only one of friendship and they are very close. Although that statement apparently was not enough to dispel the rumors, because today they emerge again.