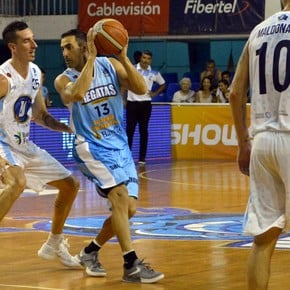 the DT Nestor Garcia made a roster of 24 players with a view to the fourth window for the August Qualifiers to the World Cup in Japan, Indonesia and the Philippines 2023 plus the Recife Americup in September. The laps of gabriel deck (Real Madrid), Nicholas Laprovittola (Barcelona) and Luca Vildoza (Milwaukee), who, due to their commitments, have been absent until now.

Argentina will visit Canada on Thursday the 25th of next month and receive the Bahamas on Monday the 29th. In the Brazilian tournament (from 2 to 11/9), the National Team will share a phase with the Virgin Islands (it will face it on Saturday 3), Puerto Rico (4) and the Dominican Republic (6).

Lucas Vildoza, from Milwaukee to the National Team.

As it turned out, this this is not a definitive list, but it has an official character, since from these names will come the teams that will compete both in the fourth window as well as in the AmeriCup. In the next few days, Che García will decide the first summons based on this list.

Facundo Campazzo is always there.

Pato Garino was already in the previous stage.

The match for the Qualifiers against the Bahamas will be played in Mar del Plata, where from August 1st to 22nd, the team will hold training sessions and friendly matches, before the official match for which it was agreed that about a thousand free tickets are allocated for boys from different clubs in the city.

The news was announced this Thursday through a statement by Mayor Guillermo Montenegro, who said: “We are very happy to be able to receive the Argentine basketball team in our city.”

“This is an international event, that will generate a great movementbut also, it fills us with pride that there are people from Mar del Plata in the team”, he said and considered that “it is very good to promote the sport among the youngest”.