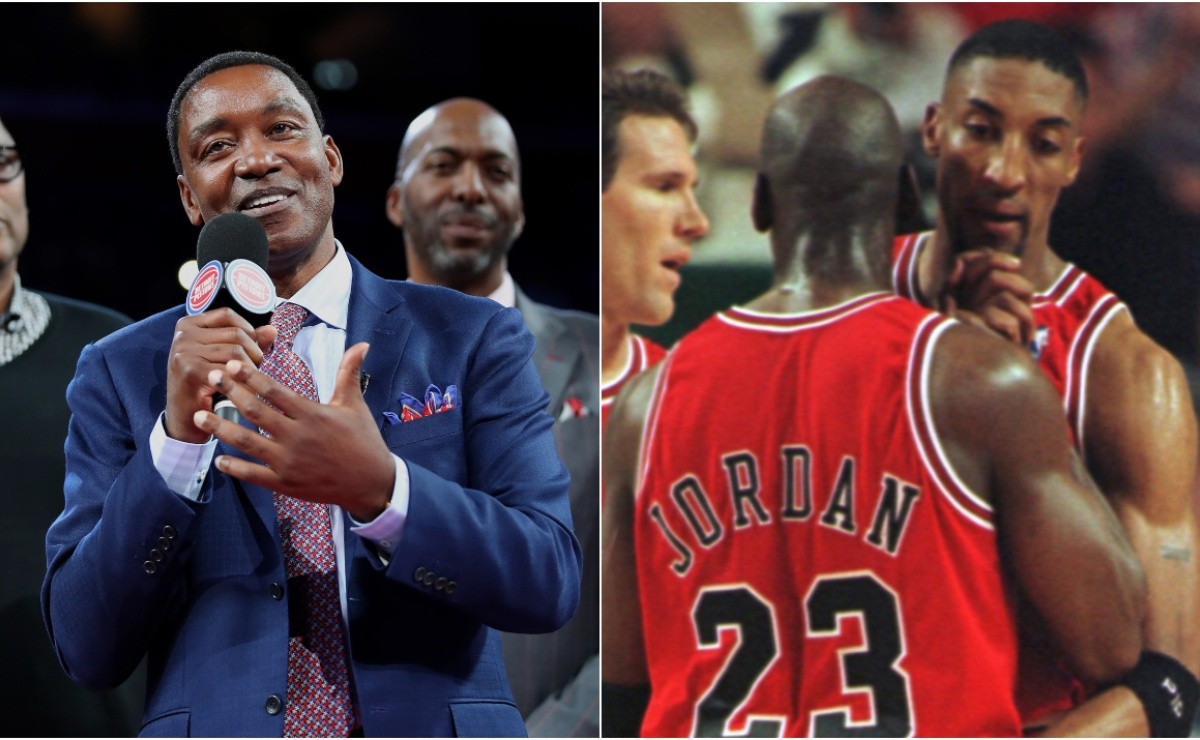 A Detroit Pistons ‘bad boy’ is regarded as Michael Jordan’s worst enemy and when he finished MJ, Scottie Pippen came out in defense of the NBA legend.

The price of greatness. Michael Jordan and the competitiveness that led him to win six titles NBA In 15 seasons, he earned millions of followers and thousands of enemies. Isiah Thomas, one of the staunch opponents who attacked MJ, but Scottie pippen He went out to defend his former partner.

When it seemed that the relationship between Pippen and Jordan was going through its worst moment due to Scottie’s attacks that branded Michael from ruining NBA basketball, emerged a defense towards MJ by the former Chicago Bulls player against the worst enemy of ‘Air’.

Thomas is one of the few players who can boast that they dominated Michael Jordan in the NBA. The numbers prove it. In the debate over who the GOAT is, Isiah was going to lean first to Kareem Abdul-Jabbar and then to Lebron James.

“There is a debate in terms of Jordan and LeBron. And on any given night, who do you like? For me, I look at the total work of Lebron James as a basketball player. And if I had to choose one over the other, right now I’d pick LeBron James over Michael Jordan because Jordan would beat you in touchdowns. But this guy beats you in everything “, stated Isiah Thomas in 2018.

The attack of the worst enemy of Michael Jordan in the NBA did not like Scottie Pippen, who did not hesitate to go out to defend his former teammate showing that the relationship between Chicago Bulls legends it was better than many fans think today.

“I don’t agree with anything Isiah Thomas said. Michael Jordan is the best player to ever put his shoes on and play in our game – I am always asked to compare him to LeBron and I try to make the most of it. But in reality, the comparison should never be made. “Scottie Pippen concluded in 2018.