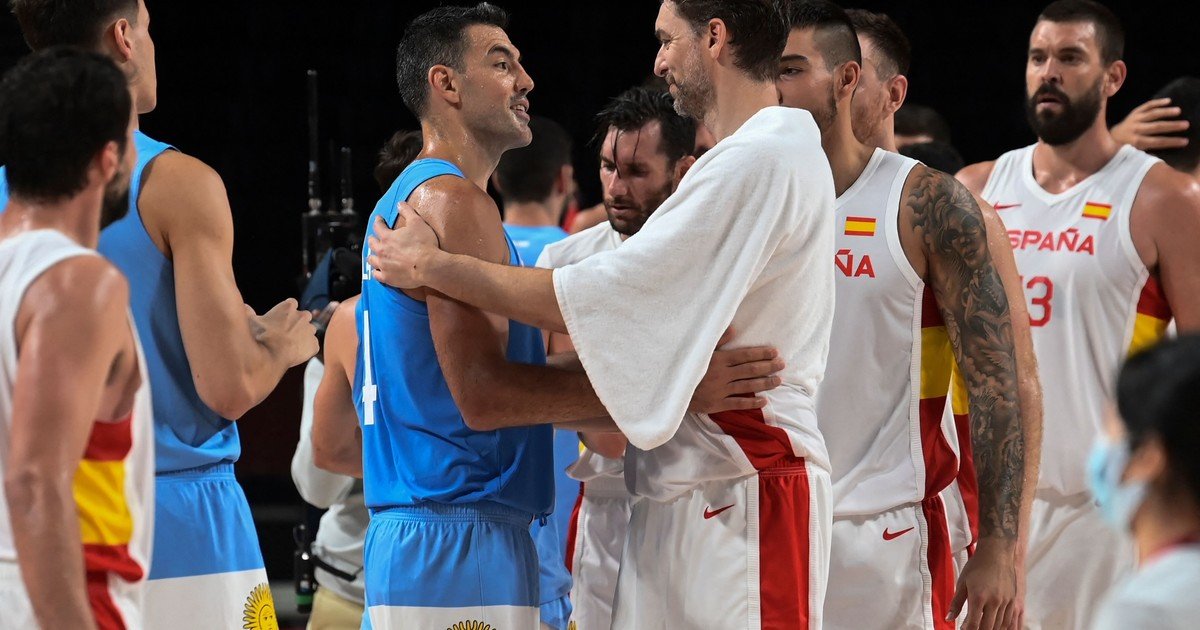 The Argentina basketball team He fell back, now 81-71vs. Spain, and the chances of qualifying for the quarterfinals were complicated in the Olympic Games. But nevertheless, there is a hope (here, the accounts) Y Luis Scola clings to it. “I think we played much better, I liked many things, we are still not where we need to be, but I think there is a clear upward line and I am confident that if we maintain this behavior we will have our chances “, released the 4, which at the same time was shown worried about “bad habits of protesting too much”.

“Since the tournament started, all the matches were all or nothing.. If you had won today, we would also have to have won the last one against Japan. ANDIn such a short tournament that does not change, you are always risking everything. Now there is no next game if you lose, but that is not the important thing. The important thing is that we play better. It doesn’t matter how many chances we have or the math; if we don’t play well, we will lose “, he let out a Scola clear as always.

Luis Scola in the loss vs. Spain. (AFP)

Regarding the defeat against Spain, where Luifa closed with 13 points, the Varese player made no excuses because the Europeans are “today in a better moment and that was imposed, they have better talent and confidence.” However, he does not lose hope to continue in the Games: “When we put in our sets, they responded and took the victory. But playing like this I am confident that we will have our chance.” So be it.

“If we continue the ascending line that we show today, we will have a chance to play a good game, to improve again, winning the last game and that is going to put us in a crossroads. And from there again give that twist, improve a little more and risk everything in one cross “added the 41-year-old with TyC Sports. The meeting of which he speaks will be against Japan on Sunday at 1.40. Argentina must win and wait for the hand to be resolved in the other two zones, to be one of the two best third parties.

Luis Scola in the loss vs. Spain. (AP)

Beyond the confidence in improving and thus fighting for that place, Scola also made clear something that bothers him: “I am concerned that sometimes we have some bad habits of protesting too much, even at times not coming down to defend a protest, they are things that do not add up to anything. We do not have the talent to give ourselves that luxury of doing those things.Nobody really … But in our place we have to grit our teeth and not give advantages. We had done that well and got a little worse. It is one thing to improve. Later you can play better or worse, but there is a way of going through life and of behaving on the court, of moving, that we cannot lose. ”

The word of Sergio Hernández:

“Spain dominated well. They have a physical power and a defensive trade that complicates our game. Ricky Rubio was very inspired. Well, he’s been inspired for years … They are, once again, candidates for gold. No wonder. they did in the World Final. Whenever we face Spain it has been a very big difficulty. They know us, they don’t let us run, they force us to play five against five, they take away spaces. They have a long rotation of experienced players. “

Sergio Hernández in the loss vs. Spain. (EFE)

“Until we get the energy we can be in play. Then we start to lose legs and lucidity, we start to play badly and what happened today happens. We are doing everything we can. We are not playing very well, but most of the things What we do wrong is caused by the rival. It is very difficult to be able to differentiate what you do wrong due to deconcentration, poor planning, lack of hierarchy, what you do wrong because the rival makes you do it wrong. Both Slovenia and Spain, in different ways, they have played badly. “

“You have to turn the page and start over. Japan is a team that pushes, with a very decisive player like Hachimura, with an interesting tactical approach, alternates zone and man to man all the time. There are no excuses. You have to go to try to win. One of the two has a chance to qualify. One of the two is going to have a chance, hopefully it will be us. “