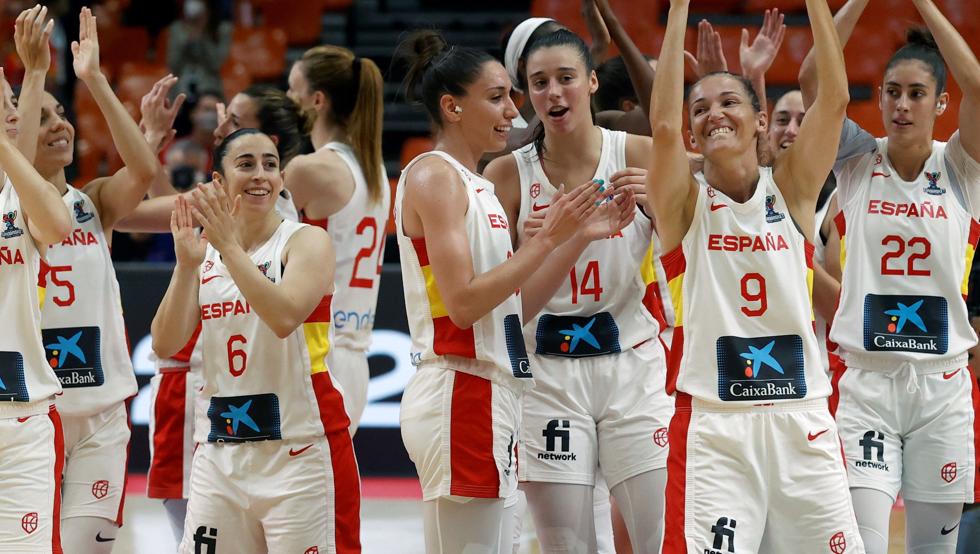 Spain and Serbia you see the faces in the 2021 Women’s Eurobasket Quarter-finals. The national team arrives at the meeting in a convincing way, since in round of 16 surpassed Montenegro, third place in the same group as Serbia, by a resounding 78-51. Despite the initial stumbling block of the selection of Lucas Mondelo in view of Belarus In the first match of the competition, then he has resisted and the other three games have passed over his rivals, both Sweden, Slovakia and the Montenegrin team.


After the initial defeat against Belarus, Spain has dispelled any hint of doubt with resounding victories against Sweden and Slovakia, respectively, in addition to the round of 16 against Montenegro. The Spanish team has great offensive and defensive exhibitions, where they defeated 76-55 to Sweden (+21) and by 93-61 to Slovakia (+32), in addition to the overwhelming victory against Montenegro by 78-51 (+23).

Against the Montenegrins, Maria Conde she was the top scorer with 19 points. The pivot Astur Ndou He also had 17 points and also captured 6 rebounds. Despite the then surprising defeat to Belarusian, Spain has not lost an iota of confidence and as it has progressed in the Women’s Eurobasket 2021 They have clearly been in crescendo, so since their match against Sweden it has been seen that what happened against the Belarusians was an accident. Maite Cazorla she reached 11 points and was the third player to reach double scoring digits. The team has recovered from the key absences of Alba Torrens placeholder image Y Tamara abalde both to give positive for coronavirus, they carried out the first phase and the round of 16.

The Spanish selection reached 93 points before Slovakia, his top scoring performance, while against Sweden (76) and Montenegro (78), were close to 80 points. Also, the fact of playing in Valencia gives a competitive plus to Spain, since with the support of the public he is showing his best side in the last two dates.

The growth of the selection will have its greatest examination before Serbia, which has until now an impeccable Women’s Eurobasket 2021. He has led the B Group, where Montenegro it was in third position. As she was first in the group, she did not have to play the round of 16 match, so she arrives with more rest than the Spanish players.

On the other, it can also be stated that Spain is a selection with more filming than Serbia and perhaps this allows them to have an extra bit of rhythm than the Balkan players. It is necessary that the combined Lucas Mondelo continue with your effective defense, where in the last three games only Slovakia reached up to 61 scoring points (he conceded 93, yes), while Sweden with 55 and Montenegro with 51, they were completely stopped in their attacks.

Therefore, even though Spain ended as second place in Group A, the national team is in the shortlist of favorites and on top they go from less to more clearly in the Eurobasket. If, in addition, the support of the Spanish public is added, which is giving the best of itself to devote itself to the Fonteta of Valencia and it must be a competitive plus to overcome Serbia and thus be able to play the semifinals and be in the top 4 of the Eurobasket 2021.

When is Spain – Serbia played?

Where to watch the Spain – Serbia?

The encounter can be seen by Teledeporte. You can follow all the information about the match and the Eurobasket 2021 basketball feminine by the Sports World website.