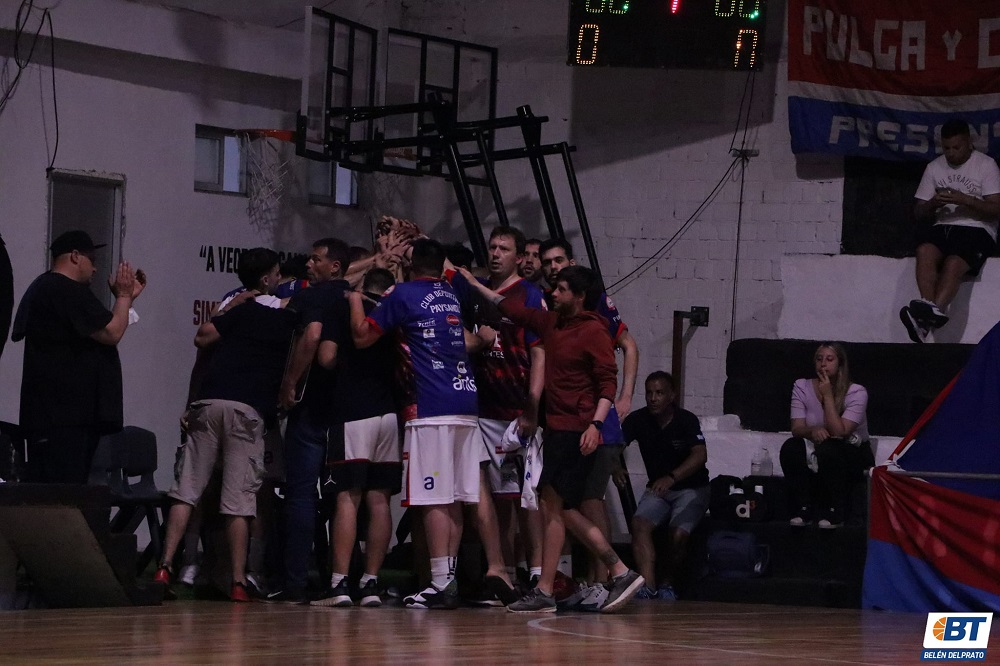 In the match corresponding to the eighth date of the Third Division of Ascent, the faces Albatros and Deportivo Paysandú were seen. The former came from obtaining a great victory in their visit to Auriblanco, while the latter came from beating Montevideo on the Miramar court. Alvin Chimanoski presented a quintet made up of Nicolás García, Antonio Tripodi, Matías Alonso, Francisco Prego and Federico Varini. For their part, those led by Luis Silveira took to the field with Marcio Rivas, Juan Modernell, Ignacio González, Javier Álvarez and Federico Curbelo. Those in charge of imparting justice were Walter Borio, Gonzalo Paz and Damián Orrico.

Having a suspension game in his nest, Albatros had to officiate as a local in Capitol. The match played at the Carlos Garbuyo gym presented a favorable start to the visiting team, who with a good contribution on the perimeter of Javier Álvarez and Juan Modernell, managed to open a premature advantage of eleven units (17-6). Those on Luis Alberto de Herrera Street had serious problems behind, while on the other side of the rectangle, absolutely nothing came out. On the closing of the first period, by the hand of an inspired Juan Barrios, well accompanied by Matías Alonso, the bird placed a partial of 5-0, which gave him the possibility of going to the first short break with a difference much smaller than the that could be seen on the court. At the start of the second quarter, La Blanqueda’s men took control of the game again, being important for this what was generated by the players who arrived from the substitute bench, especially Gonzalo Rama and Fabián Cabrera. The last minutes of the opening stage were extremely tedious, as it was difficult for both teams to reach the goal clearly. The local team missed Antonio Tripodi too much, one of the main figures of the tournament, who went into the long interval without being able to open his personal account, but also took just two shots from the field.

At the beginning of the second half, Paysa was ahead in the electronic field in figures from 34 to 23. In the first bars of the complement, the best version of the team led by Alvin Chimanoski, Nicolás Ellis’s assistant, could be observed. three-game sanction. With Nicolás García and Federico Varini as the main offensive exponents, added to what Alonso continued to do, the local managed to match the actions. However, every time they got within three or four points, a “Cococho” Álvarez bomb would appear to reassure the visitor. At the end of the third quarter, those of Calle Emilio Raña had in their favor an income of nine goals (52-43), which allowed them to face the final period with some tranquility. Albatros tried one last reaction, mostly through individual impulses from Alonso and Tripodi, who with more self-love than play, sought by all means to narrow the gap. However, with a good job from their veterans, Carvidón and Álvarez, those led by Luis Silveira were able to close the match without having to go through any kind of vicissitude. For this, Modernell and González were also decisive, stealing balls in the front row and running the court. Finally, Deportivo Paysandú was left with the victory 72-59 and in this way he reaped his fourth consecutive victory, which leaves him one step away from the playoffs.

The winner was the performance of Javier Álvarez, who scored 15 points (4/9 triples), seconded by Juan Modernell with 14 points and 6 assists. On the loser’s side, Matías Alonso scored 19 points.

Paysa’s next commitment will be against Auriblanco as a local, while the bird will have to visit Bohemios on Gabriel Pereira Street.