A woman chained herself to a basketball hoop in the NBA

For the second time in a row in less than a week, an animal rights defender stopped an NBA Timberwolves game againthis time, before the Memphis Grizzlies for the first duel of the Playoffs after the woman decided to chain herself to one of the hoops on the court.

What It had already happened last Tuesday against the Clipperson this occasion the protestant invaded the track with 4:44 minutes remaining in the second quarter and the duel between the franchises had to stop for a considerable time until the guards managed to unchain her and take her from the compound.

Later it became known that the activist in question is called Zoë Rosenburg19 years old, and like Alicia Santurio (he hit the ground with his hand in the middle of the game), spoke out against former Timberwolves owner Glen Taylor.

Footage from the broadcast captured the moment staff tried to unchain the woman, who was wearing a dark blue shirt with the phrase “Glen Taylor roasts live animals.” Tied to a part of the ring, there were several who intervened, one of those responsible could even be seen asking for a tool to speed up the work.

Finally, by leveraging a stick, the authorities were able to break the chains and forcibly remove the young woman from the compound. According to the US media, Rosenburg was arrested and booked into the Shelby County Jail. charged with disorderly conduct and trespassing.

“Animal liberation is on the horizon. Animal agriculture, animal experimenters, zoos, and all other industries that abuse animals should be concerned,” Rosenberg said in the description of the latest video he shared on his Instagram account. 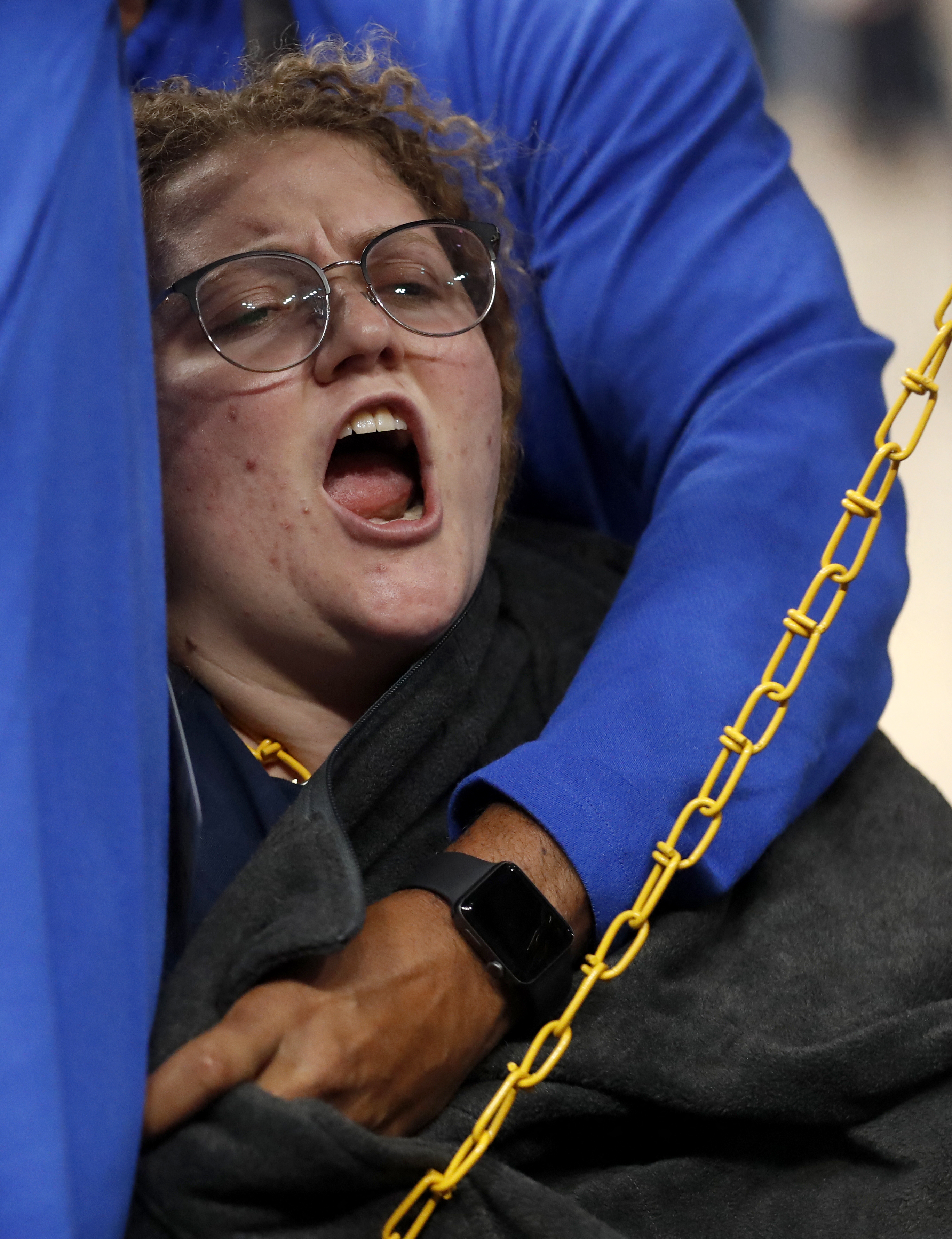 The activist spoke out against Glen Taylor (Usa Today Sports)

As in the previous duel, the activist’s protest was related to factory farms and an alleged animal rights issue at the egg farm of Glen Taylor, who sold the Minnesota franchise just over 266 days ago to business partners Marc Lore and Alex Rodriguez.

This episode occurred after last Tuesday, April 12, another woman he will stick his hand to the parquet in the duel between the Minnesota Timberwolves versus the Los Angeles Clippers. Following that altercation, a global network of animal rights activists called Direct Action Everywhere responsibility for the protest was claimed.

As for the playoff matchupthe Minnesota franchise surprised the Grizzlies of Memphis by bending them 130-117 in the first match of their opening round series.

“We gave another show”said Edwards, who scored 36 points, adding: “That’s right. We put on a show and made an impact to win.” With this victory, the Wolves, seeded seventh in the Western Conference, took advantage of the second. In the process, they were stripped of home-court advantage in the series. The next meeting between the two teams will be next Tuesday at the FedExForum in Memphis.

A referee interrupted a final of a basketball game to ask a player to marry and everyone’s reaction went viral
The unusual protest of an activist in the NBA: she stuck her hand to the ground in the middle of the game
The NBA playoffs begin, the stage where “legends are born”: the five rising stars to follow

Scandal in the NBA: a woman chained herself to a basketball hoop in a new protest against the former owner of the Wolves