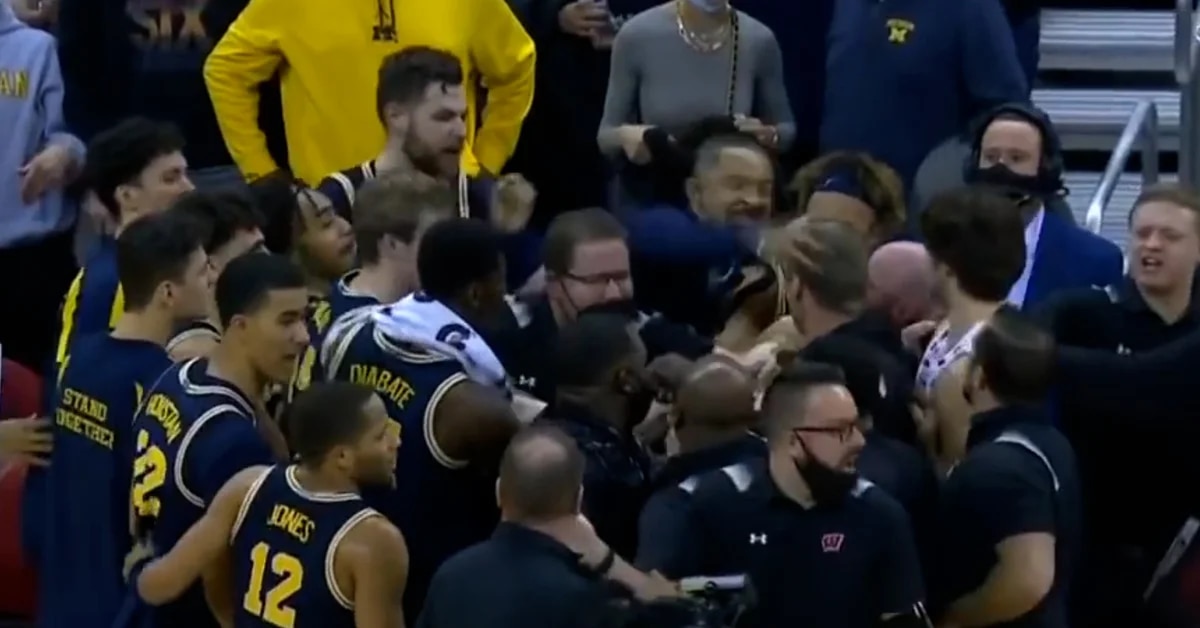 The college basketball (NCAA) was again involved in a scandal after what happened at the end of the game between the University of Michigan and University of Wisconsinin which John Howard, former NBA champion and now coach of the first institution, hit the technical assistant of the second unleashing a shameful pitched battle.

In the images of the official transmission it was possible to see the tense moment that both groups lived after the victory of the Wisconsin by 77-63. The cameras left with the coach of the winning team Greg Gardwho began to greet the players of the rival team one by one.

Among the row of basketball players was also the former champion with the Miami Heat and All Star of the NBA 1996. When they crossed paths, Howard rebuked him for a punctual play in which Gard called a time-out to let the clock run and delay the game with the match largely settled.

The moment when Howard hits the rival coach

The discussion began to intensify and it was at this moment that players and members of the coaching staff tried to separate them. In the midst of that tumult of people, Howard could be seen throwing a punch that hit the Wisconsin assistant in the face. Joe Krabbenhoftwhich immediately sparked a pitched battle that lasted a couple of seconds.

In the tumult, other aggressors could also be identified, such as the eaves Moussa Diabate, Terrance Williams (Michigan) and point guard Jacobi Neath (Wisconsin).

In the subsequent press conference, Howard gave his version of what had happened during the final salute: “I told the coach that I will remember that, because of that time out. I think it was very out of character for him to touch me while we were talking. That’s what escalated the situation. I didn’t like the time out they asked for. I’ll be totally honest, I thought it wasn’t necessary at the time, especially having a big lead. It wasn’t fair to our guys.”

Gard also described what happened from his point of view: “We were going down the line and we were all fine. He approached me, lowered his mask and said: ‘I will remember’. He started pointing at me, he touched my chest and I said, ‘Wait. Let me explain why I took that time out.’”

“Apparently he didn’t like me calling a timeout to reset the 10-second clock because we only had four seconds to get the ball to half court. I didn’t want to put my subs, I had every guy from my bench in the game, I didn’t want to put them in that fighting position with only four seconds left. So I took a time out and it gave us 10 new seconds which helped us to organize ourselves and put the ball in”.

Regarding what happened, the athletic director of Wisconsin, Chris McIntosh assured in a later press conference that, “There is no place or space for conduct like that in any competition, let alone in Big Ten competition. It’s unfortunate and I hope the league acts quickly.

Then it was her own Big Ten Conference which was pronounced through an official statement: “The conference is in contact with both member institutions and is currently evaluating the incident. The conference will provide more information and will take prompt and appropriate disciplinary action when you complete your review.”