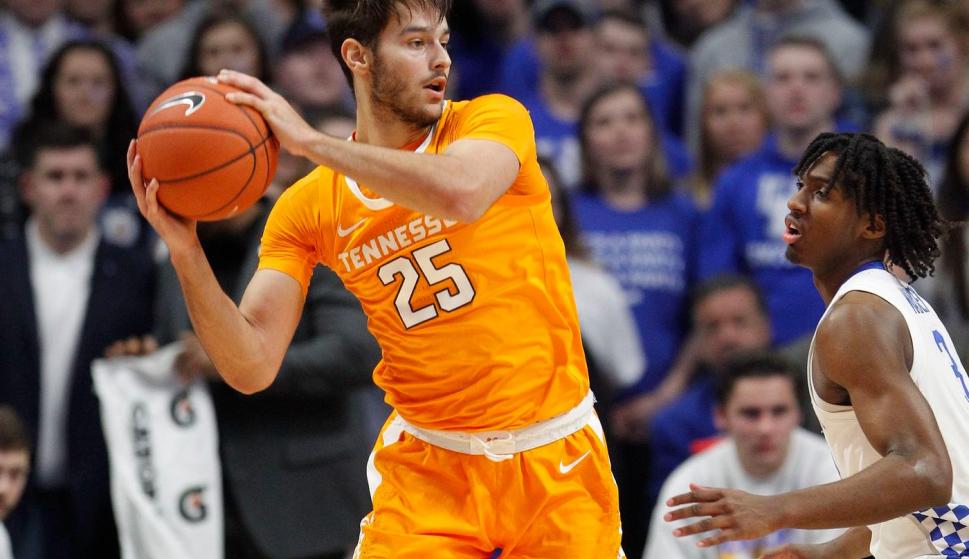 In November 2005, against the Golden State Warriors and wearing the Atlanta Hawks jersey, Esteban Batista made his NBA debut and became the first Uruguayan to play in the highest basketball league in the world.

His passage was short and dull, with very little participation. Will another Uruguayan ever reach this league? That question came up in 2007, when today’s Hebraica Macabi player moved to Maccabi Tel Aviv and put an end to his North American experience. It seems that this question is in the process of being answered in the affirmative.

Santiago Vescoviwho is in his third college season defending the Tennessee Volunteers in the NCAA, was chosen as SEC Conference Dream Team member where his university plays, which automatically puts him in the spotlight of NBA scouts.

“To take dimension of Santiago’s moment, it must be said that he is 21 years old (September 14, 2001), he plays in a team that is in the top 3 of his conference (the second ranked in the NCAA), which is eighth in the general classification among 321 universities and that it plays in Division 1 (the strongest). And Santiago has very important averages: 30.7 minutes per game on the court, 14.3 points per game to be the team’s second scorer and 44.5 in three-point percentage to be the conference leader in this category,” he told Ovation coach Marcelo Signorelli, a specialist in American basketball both at the university and NBA levels. “You just have to congratulate him, because he shows the growth he has had.”

Can he make it to the NBA? Well, that’s the question we all ask ourselves. It will depend on a lot of circumstances. NBA scouts should already be following him by the time he’s eligible. Maybe next year he can go to the draft and do a summer camp with a team, ”said the coach.

Véscovi is directed by Rick Barnes, a coach who “although he has not won any university degree, is well known in the United States because he has achieved important things and is characterized by promoting players who later end up in the NBA,” Signorelli said. One of them is none other than Kevin Durant, whom he trained at the University of Texas.

Véscovi is today one of the talents of American college basketball. That is to say: he is a serious NBA project and this nomination confirms it.