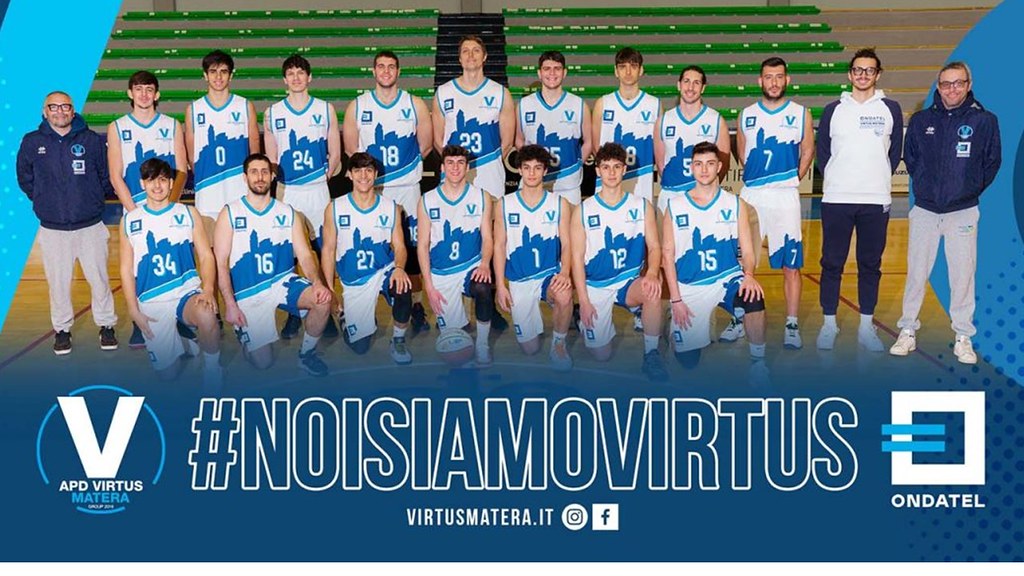 Prodigal son of basketball from San Juan, whose father was a basketball player, trained in the youth teams of the Ausonia club and later passed through Inca Huasi to reach Jáchal BC at the age of 15, from where he left and came to Italian basketball. He represented San Juan in two Evita Games and in the Binational Games, achieving the historic gold medal in the final against Córdoba in the 2019 edition in San Juan.

Athlete from the High Performance program of the Sports Secretariat, Santiago Nesman, with his recent 18th birthday on April 1, was presented today on Virtus Matera’s social networks and will debut this weekend in the Play Offs for Series D of the Italian League.

With a history in the Argentine Sub 17 National Team, the San Juan native who plays as a winger and is 1.96 m tall, will play in the Sub 19 and in the Virtus Matera senior team, after solving the problems with his dual citizenship, the San Juan youth by end will debut with the shirt No. 0 of the white and blue team.

This coming Saturday the 30th will be the day of the Playoff debut, facing Invicta Brindisi at the Palazzetto Melfi-Brindisi as a visitor. Victus has just eliminated Lecce and seeks to do the same with Brindisi, to achieve promotion to Serie C.

“I am here playing for Virtus in the city of Matera, which is the capital of culture in Europe. A beautiful city and very good people, they treat me with a lot of respect and the language has become easier for me over time”, commented Santiago from Italy, with the logical nerves of his debut in the main team of the city. .

Matera is the capital city of the homonymous province, and the first city of the region of Basilicata or Lucania, in the south of the country. Its population amounts to about 60,383 inhabitants. The city has a very particular old town, in which the houses were carved into the limestone rock. The Sassi (historic center) and the set of cave churches of Matera, were declared a World Heritage Site by UNESCO in 1993, while in 2019, the European Council and Parliament, together with the Bulgarian city Plovdiv, declared them European Capitals of Culture.

“I’ve been here a little over a month and this weekend, luckily, I’ll be able to make my debut. There are the last three games left and if I understand correctly by winning these three games, we would go up”. closed Santiago, which will debut tomorrow at 17:30 Italian time, 12:30 in our country.