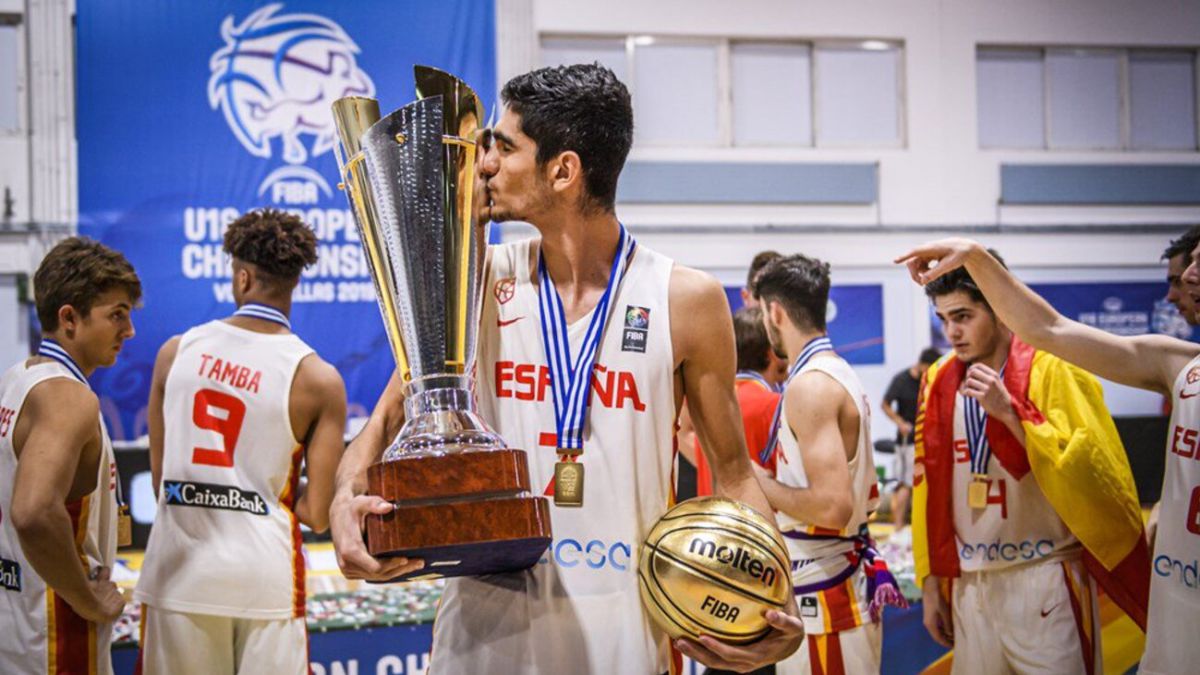 On April 14, Santi Aldama, through a statement, made his intentions clear. “I have decided that my name is in the 2021 Draft without rejecting the possibility of continuing in the college league. I have always dreamed of becoming an NBA player and I am ready to take the next step in my basketball career.” explained. According to Jon Rothstein (CBS Sports), a journalist specialized in college basketball, now, his future would already be decided: he wants to make, yes or yes, the leap towards professionalism. “Santi Aldama, from Loyola Maryland, plans to pursue a professional career and will not go back to college,” assures. The Spanish player, after a brilliant season at Loyola-Maryland, would still have the possibility of leaving the Draft until July 19; but, according to Rothstein, it is something that is not going to happen.

His options, then, would be reduced, mainly, to two: start his career in the NBA or continue with it in one of the major European leagues. In both cases, there are possibilities. At 20 years old and 2.11 meters tall, his season has not gone unnoticed by anyone. He averaged 21.2 points, 10.2 rebounds and was on the verge of playing the March madness, something that, given the history of his team, would have acquired certain historical overtones.

Currently, the versatile power forward appears in position number 68 in the Mock Draft from ESPN, something that would put him on the edge of the second round of elections. On NBA Draft Room, where they define him as “a player with a good skill level for his size, who can handle the ball and is a good passer”, they include him within said second elections. That is the most widespread projection in all the prediction portals, whose definitions, at the same time, also coincide. Aldama, in his second year at university, has been able to deploy a repertoire that, today, is trading higher in the NBA: that of a great player, but with good ball handling and the possibility of a threat from long range. During the course, he registered 51.3% from the field and 36.8% from the perimeter.

If he fails to convince any franchise of the American competition, his priority, as he has assured in several interviews, the Canarian player would have the doors open in Europe, whose name is on the agenda of several renowned teams. This possibility, however, surely, would not be studied until after the Draft, which will take place on July 29. In it, in addition to Aldama, the Spanish payroll will also include Usman Garuba already Carlos Alocen, both, currently, Real Madrid players and concentrated with the Spanish National Team. In the case of the former, their selection prospects are even in lottery positions (from 1 to 14); in the case of Alocén, the aspirations are similar to those of Santi, a position in the second round.

With all this, Aldama decides to take a very important step in his basketball career, in which his academic training (studies equivalent to Business Administration and Management) had always prevailed, above all else. In his first year of college, injuries only allowed him to play 10 official matches, some chains that denied him to show off his full potential, already known in Spain: in the European Under-18 in Greece, held in 2019, he was one of the most prominent names in the competition, getting the MVP. With the continuity of the past course, its records soared: in the last 25 years, it is the fourth underclassmen who finishes a course with more than 20 points, 10 rebounds and a triple scored per game, along with Kevin Durant, Michael Beasley and Carmelo Anthony. On the 29th, then, the next step in one of the most promising trajectories of Spanish basketball will be known.