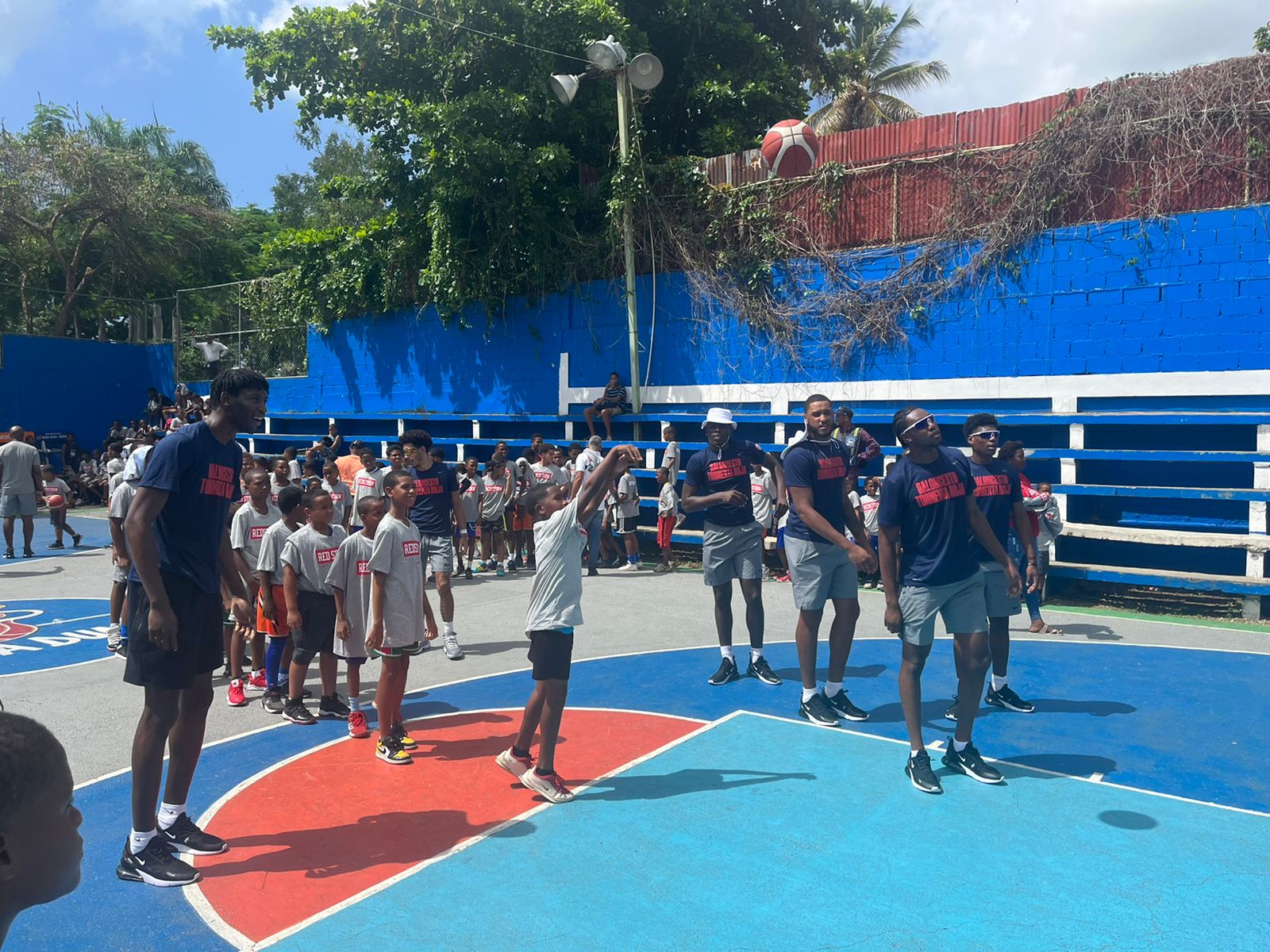 Children participating in the clinic given at the Rosa Duarte club by players from Saint John’s University. External source.

NATIONAL DISTRICT, DR.- The head coach of Saint John’s University and members of his coaching staff gave a basketball clinic this Saturday for children and young people in the Guachupita sector of the Capital City.

North American coach Mike Anderson instructed young and teenage athletes on various aspects and fundamentals of basketball to improve their playing and athletic skills, along with members of the varsity coaching staff, Gred Vetrone and Paul Pressey.

Anderson showed the players the correct way to dribble, pass the ball, shoot, block, rebound, how to play with and without the ball, mobility on the court, among many other game techniques so that they develop a good knowledge of the game. play. 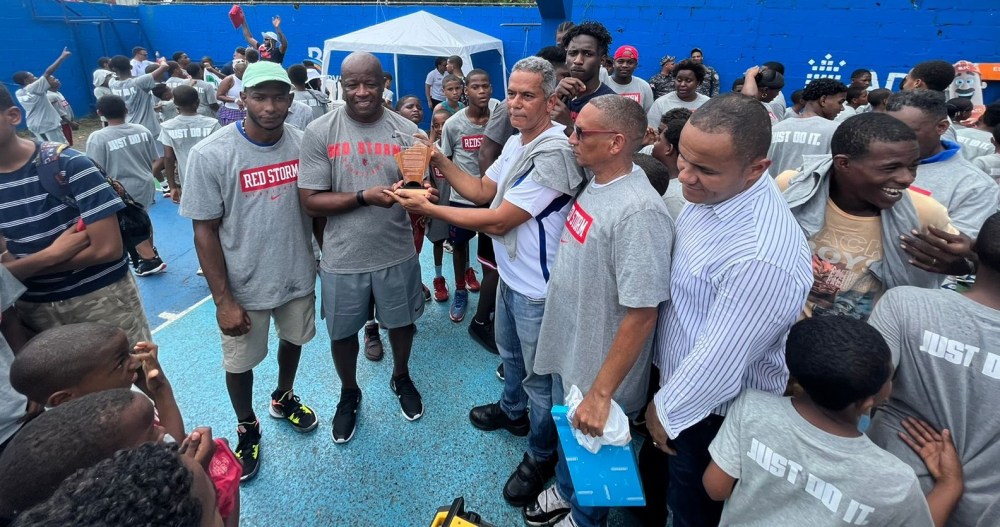 Alejandro Alvarado, secretary general of the Rosa Duarte club, presents a recognition to the leader Mike Anderson, from Saint John’s University. They include César Sánchez, president of that entity, and the player from Guachupita, David Jones. External source.

In addition, the Saint John’s coaches were accompanied by the players that make up their squad, including Dominican players Joel Soriano and David Jones, who was born and raised in Guachupita, from where he has been able to climb through basketball to centers of primary and now secondary schools in the United States.

Also present was another native player of the sector and member of the senior national team, Andrés Féliz, a graduate of the University of Illinois and currently playing with Club Joventut Badalona of the Spanish ACB League.

Each participating boy and girl received a polo shirt alluding to the University of Saint John’s.

The university team based in New York, in the United States, has been in the country for more than a week in a series of scrimmages against Dominican teams such as the senior national team, the U22, All Stars of the Gregorio Urbano Gilbert club (GUG ) and a campus of the Santiago Basketball Association (Abasaca), both from Santiago.

The Executive Committee of the Rosa Duarte club thanked the University of Saint John’s for the honor and distinction it received by giving a basketball clinic at its facilities, for the benefit of children and young people from the Guachupita sector and other surrounding areas.