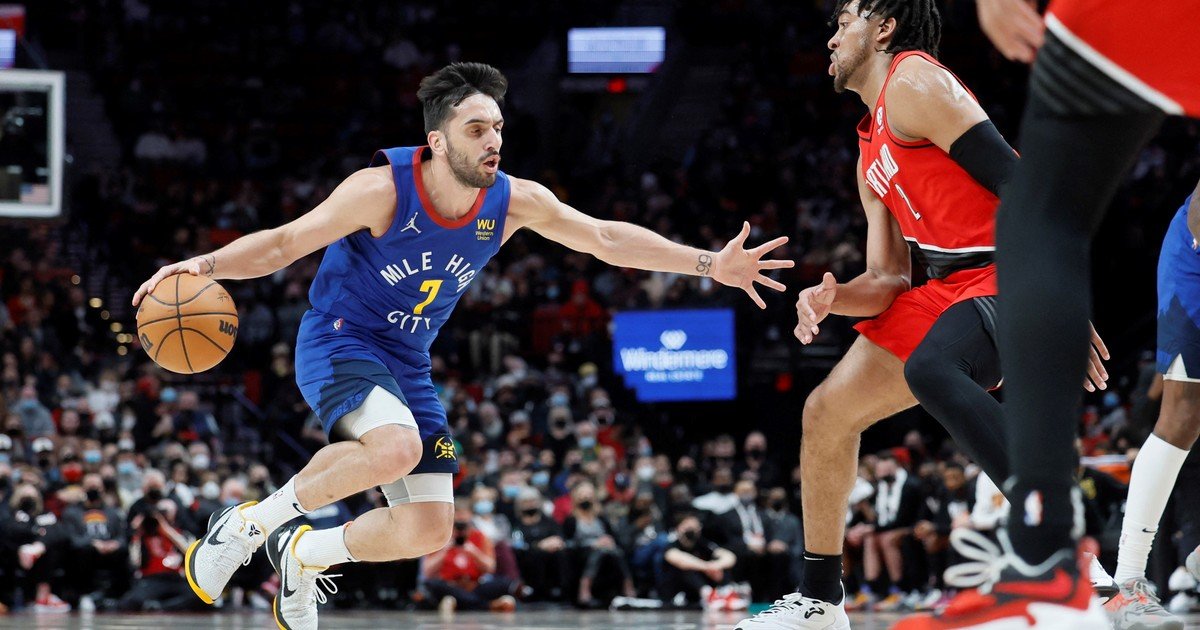 They were taking him to an irregularity that, inside, was eating away at him. From being a reliable and lifelong player in the rotation, he was suddenly on a transfer list and, later, in a dangerous freezer that had had him with just 97 seconds of play in the last three games. However, this Sunday, his coach Mike Malone changed although Facundo Campazzo He remained the usual guy, the one who shows up when he’s needed (aside from a sluggish ERA in Portland).

In Denver’s 124-92 victory over the Trail Blazers, the franchise’s sixth in a row (36-25 record), the man from Cordoba had a 24’48” participation -that is, a little more than half of the match- with four points (1-2 in doubles, 0-4 in triples, 2-2 in free), seven defensive rebounds, three assists, one steal and two blocks. Nothing bad beyond the aim. And even he saw action from the first quarter. And it’s more: with the triumph accomplished and already gathered in the locker room, the coach awarded Campazzo for his task with a pendant that indicates the most outstanding player by the coaching staff.

“I’m proud of fauc. He hasn’t played lately and that hasn’t been easy at all. It’s killing him not to play. But he has always been ready, he has stayed committed. That speaks of him as a professional.” assured Malone.

JaMychal Green finished with 20 points and ten rebounds. Nikola Jokic finished with 18 rebounds, 11 assists and eight points. before leaving the game with 2:22 left in the third period.

DeMarcus Cousins, who signed with the Nuggets for the rest of the season on Friday, added 19 points and eight rebounds as Denver’s backup finished with a season-high 76 points. For her part, Anfernee Simons scored 16 points to lead the Trail Blazers, who had just lost to the Warriors on Thursday to end a four-game winning streak.

Denver was up by 20 points. Although the Nuggets looked out of rhythm at times in their second game on consecutive nights, the inexperienced Blazers couldn’t take advantage of it. Justice Winslow, who started for the Blazers in the loss to Golden State, did not play because of a sore Achilles tendon. Keon Johnson, a 19-year-old rookie who came in a trade with the Clippers on Feb. 4, took his place as the starter. The Blazers also started Drew Eubanks, who this week signed a 10-day deal to cover injured center Jusuf Nurkic’s absence.

The program for this Monday

Round night for Campazzo: he played (quite a lot), won and was awarded