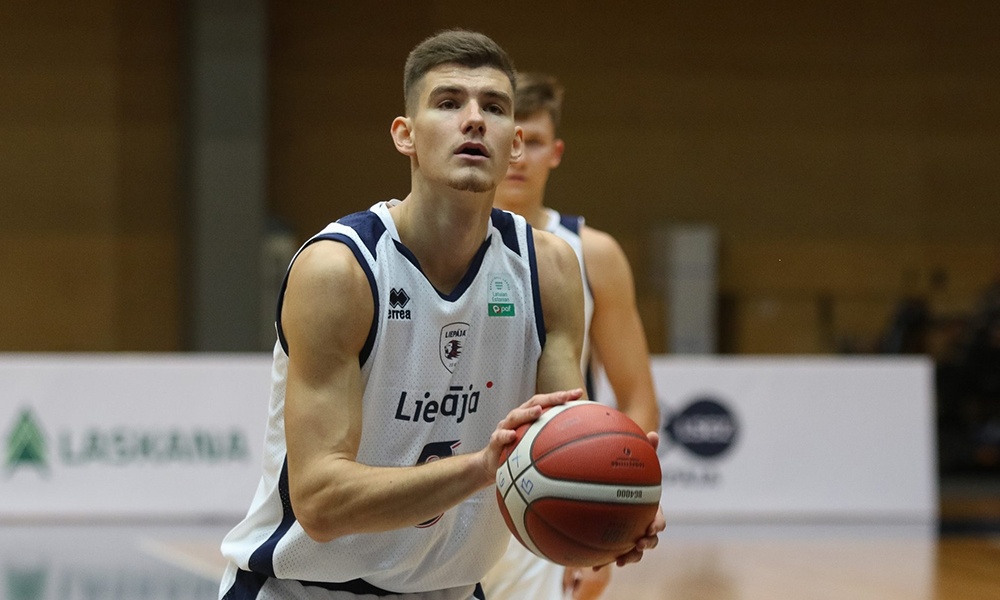 One of the first templates that is now officially closed is that of Palencia Basketball, who has achieved a physical team, full of players consolidated in the competition and with quality: Dani Rodríguez joins up with none other than Micah Speight; Noah Allen and Chumi Ortega come to the wings from the Lucentum Foundation, adding more national talent with the shooter Chuso González and the powerful Juan Rubio; and inside, the quality centimeters of Bamba Fall will be complemented by those of projection of Tomáš Pavelka. In addition to the previous eight, there are three new faces in the league that join the project that Pedro Rivero will lead this course: Devine eke, Prince ali and the Latvian Roberts Blumbergs (1998/208 cm), which has closed the template.

With NCAA training, after two years as a professional he leaves his country to land in Palencia. From a young age with the label of promise in his country, he trained in Ventspils before emigrating to Germany, stopping at Artland Dragons to play 15/16 with the NBBL team and the senior (ProB). The following season he was going to join Rasta Vechta, but after four games he went to the prestigious Czech GBA academy, where other Latvian talents had already been. There, like many players, he caught the attention of the NCAA and it was Grand Canyon that recruited him. In the Arizona entity he would play two seasons, but Dan Majerle did not give him much field and had a second unit role. After averaging 3.1 points and 2.1 rebounds in 10 minutes, the 18/19 decided to sign with an agent. For its first season rookie (19/20) was returning home, joining a team from the lower-middle zone like Valmiera, where he enjoyed minutes to continue progressing (30 mi, 13.8 pt, 7.8 re). Last 20/21 he reached Liepāja, where he did not have as much prominence (21 mi, 10.1 pt, 5.5 re), but at least he was able to play as ‘four’ most of the time (with Sīpoliņš and Gromovs in ‘five’ and with Dāvis Geks -RVB 21 / 22- as the team’s scoring reference).

We are talking about a player who has always had a magnifying glass on him for his combination of centimeters, mobility, wrist and rebounding ability. With a variety of records, maybe even a 4.5 hurts you. Able to score from medium-long distance with good mechanics, however he is not consistent despite the fact that he has been trying his entire career (one of his workhorses). It is surprising to see the good ball handling he has with his size. With ease to add in attack, he takes fouls because with his height his short peers suffer. Comfortable in the cuts (one of his strengths) or in shooting situations, he is agile to run the transition and also seeks to post against physically inferior rivals (he takes advantages, although he is not a generator). It needs to improve concepts such as blocking and continuation to increase its performance in the roll or the pop. With mobility in defensive tasks due to his ability to move, he is not an excessively tough player in this area. With good rebounding socks, it’s more because of the space it takes up than instinct. Another important issue is that you must stay focused at all moments of the game.

Roberts Blumbergs SHOWING UP for the Playoffs against Valmiera 🔥

Without a doubt, Roberts Blumbergs is a very interesting signing and a profile that Rivero likes: a young player with qualities, but with a long way to go. At certain times you can alternate the two interior positions; in fact, it can be similar to the Galán profile that Rivero had in FLBA, although the Latvian may have more facility to add in attack and is less fierce behind. It is precisely the defensive aspect that worries me and where I hope to see a positive evolution, because Rivero has always been characterized by not forgiving in this sense. The best thing is that it has two bases that see the game without the ball and the cuts very well, and there Blumbergs can be lined (in addition to being a very useful tool against certain teams with its size). The other risk factor that I see is that the other ‘four’, Devine Eke, is also a rookie in the league and there is not a versatile player to give those minutes in case they do not give the performance that is expected, being perhaps one of the Achilles heels of a team that has been greatly strengthened and that is going to be one of the roosters of the competition.