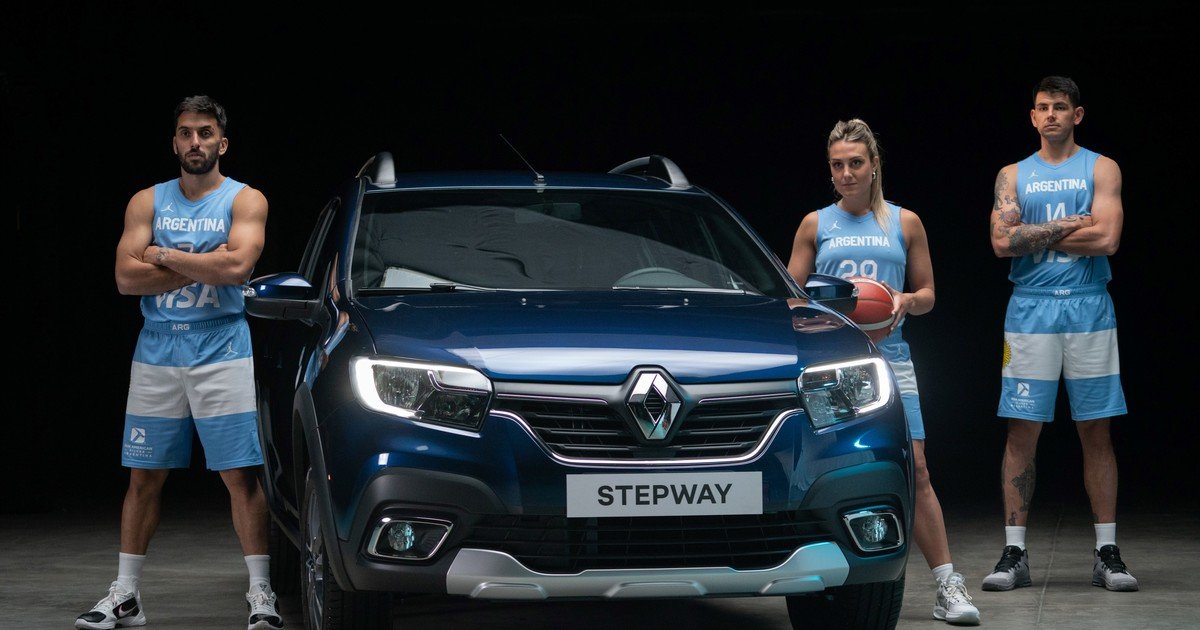 Just over a year ago, Renault announced its important alliance with the Argentine Basketball Confederation (CAB), thus transforming, and for two years, in the Official Sponsor of the men’s and women’s basketball team.

Now, the brand takes a new step in relation to this sport with the launch of STEPWAY CAB, a new limited series of this model that brings numerous novelties and exclusive benefits for lovers of this sport.

The new model comes from the hand of three ambassadors who are true stars of national basketball: Facundo Campazzo, Julieta Alé and Gabriel Deck.

Protagonists of the spot, the three members of the Argentine National Team are also experiencing great professional moments in their teams: Facundo in the Denver nuggets of the NBA, Juliet in Defender Sporting (team that is defending the Uruguayan league title) and Gabriel, writing his first pages of NBA history together with Oklahoma City Thunder.

Deck and Campazzo have also shared many trips, experiences and matches together with the Argentine National Team. In 2019, in fact, they managed to reach the China World Cup final after beating renowned rivals such as France and Serbia, which later culminated in defeat against Spain. In the midst of a generational change, both partners position themselves as key pieces for the future of the national team.

How is the new Stepway CAB

Produced in our country, at the Santa Isabel Factory in the province of Córdoba, the model launches a new exclusive color: Cosmos Blue, which will be the only color available.

The new model, in exclusive Azul Cosmos, has a remote door opening and closing system.

It also features new diamond rims 16-inch, which contributes to the distinctive and aggressive look of the model. On the side, for its part, we can find the insignia of the Argentine Basketball Confederation, which strengthens the link between Renault and the CAB

Inside, the first detail we find are the new exclusive fabric upholstery with synthetic leather mixes, which stand out for their black details. In the central panel we will also find unique details in blue, both in the side vents and in the gear lever. In the lower part, for its part, the carpet covers of both the front and rear seats were specifically designed to reinforce the alliance between Renault and the CAB

The new STEPWAY CAB has all the technology and comfort to always be connected.

Presented through a attractive spot starring the stars Facundo Campazzo, Julieta Alé and Gabriel Deck, the new limited series also has technology equipment so that customers can always be connected: a wireless charger, located in the lower part of the air conditioner, for those cell phones that have an inductive charge. Too, Plug & Play alarm, a new bluetooth alarm system that allows it to be linked via a smartphone without the need to carry the key with you.

This new functionality allows you to remote opening and closing of doors, and the silent activation of the alarm. In this way, all vehicle users will be able to use their smartphone to open and close the car, from a specific application, available for both Android and iOS.

Each user who purchases a STEPWAY CAB Limited Series will receive a gift “Renault CAB Kit”, which includes a sports bag exclusive with the RENAULT // CAB insignia, a Spalding basketball, a microfiber towel for sports and a shaker bottle / glass. In addition, customers will be able to access a 3×2 in services, the first of these being completely rewarded.

The sports bag that is part of the exclusive benefits offered by this alliance.

As for the motorization, this limited series will have the already known HR16 engine from the Renault-Nissan-Mitsubishi alliance, a 1.6-liter engine associated with a 5-speed manual gearbox and that has 115 hp of power and 156 Nm of torque.