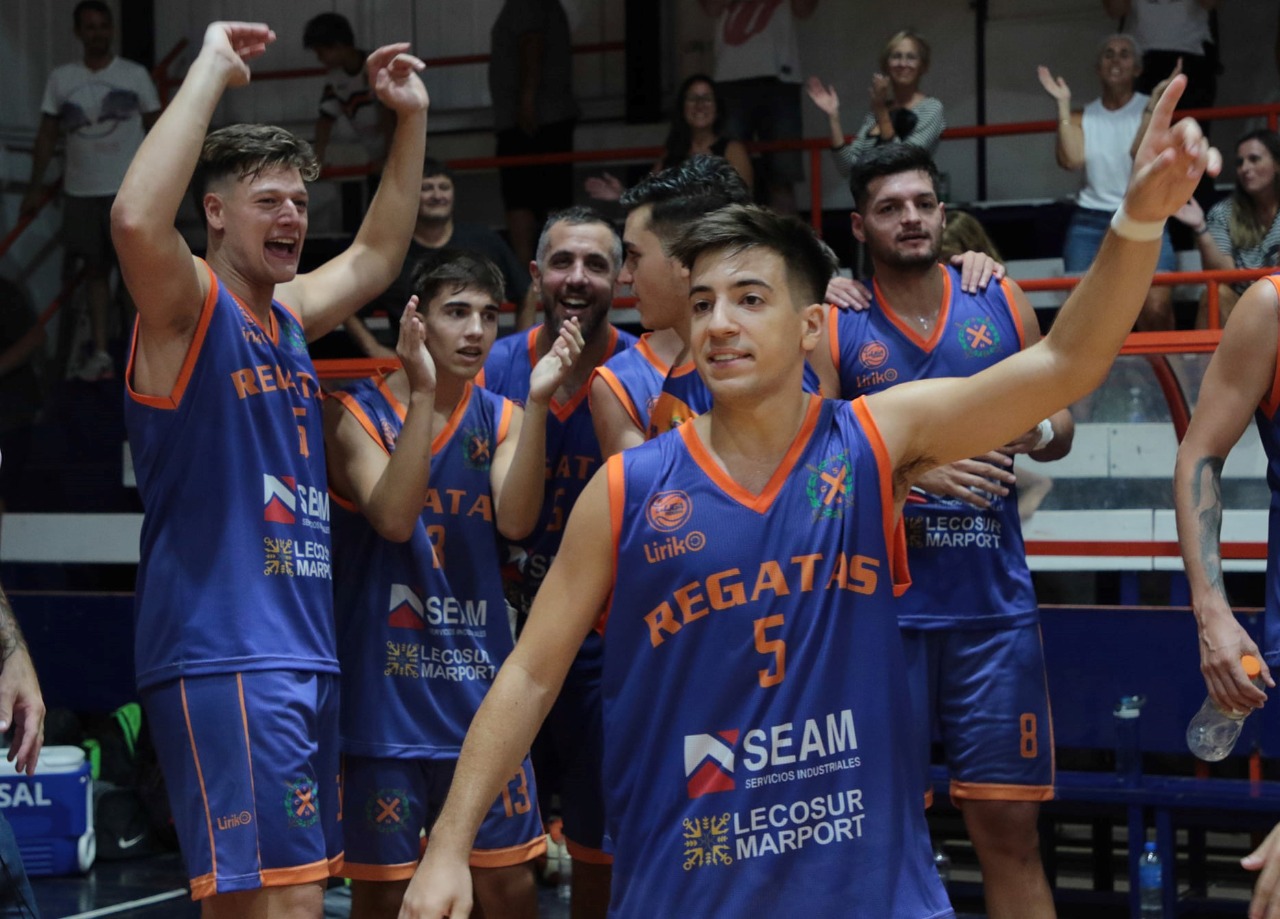 Pablo Dastugue’s team categorically beat Atalaya at the start of the second round of the CAB Region Division 1, in which they continue to lead with authority. Within the framework of the tenth date, Náutico prevailed by 81 to 56, with 24 points from Federico Repetti, 15 (+8 assists) from Santiago López and 14 (+11 rebounds) from Alejandro Mena.

Regatas maintained its unbeaten record playing in “La Ribera” by categorically beating Atalaya at the start of the second round of the CAB Region Division 1 of the Federal Basketball League. Within the framework of the tenth date, the Náutico prevailed by 81 to 56 before a large audience and continues to lead the group with authority.

With the same solvency with which he is a leader, the team led by Pablo Dastugue won last night, dominating the game and the result from start to finish, without giving his rival a chance.

Firm with the zonal defense, and in attack from the hand of a decisive Repetti, surprising with his aim in the distant shots, he marked a presence on the Regatas wood, which also hurt Mena in the other’s paint; always having a great time with the ball. This is how he got the first advantages –broad, by the way-, staying with the initial quarter by 28 to 14. In the second the host extended his dominance, who stretched the margin in his favor, closing the first half with four triples in a row, now appearing some of his “real” shooters, who had not been fine up to there. Thus, Regatas entered the locker room winning 48 to 25, against a patient rival to attack the zone but without effectiveness (2-13 in triples in the PT).

In the third period, Regatas had a passage with doubts, the only one of the night. It was repeated in the losses (8 in that chapter and 19 in total) and failed from the outside (1-6 from 6.75). An unsurprised Atalaya, unsuccessfully abusing the external and erratic shot (he finished with 20-71 in field shots) did not take advantage of that moment to present obstacles to the dribblers, discounting minimally in that segment. Regatas recovered its collective strength in the final episode and with Ingrata’s triples (3-9) and Repetti’s weight close to someone else’s hoop, it reached a difference of thirty-one (maximum, 79-48), to close another night of happiness. full.

Federico Repetti was once again the main figure of Regatas, adding 24 points (with 6-8 in doubles, 3-4 in triples and 3-3 in free throws), 8 rebounds, while Alejandro Mena (another pillar in the inside game) he totaled 14 points (2-3 in doubles and 10-13 in free kicks), 11 recoveries and 3 assists. Meanwhile, Santiago López, once again reliable in driving and accurate when taking his shots, finished with 15 points (3-3 in doubles and 3-5 in triples), 8 assists, 5 rebounds and 2 steals.

REGATTAS DEMOLISHED THE “ATALAYA” IN THE FEDERAL BASKETBALL LEAGUE