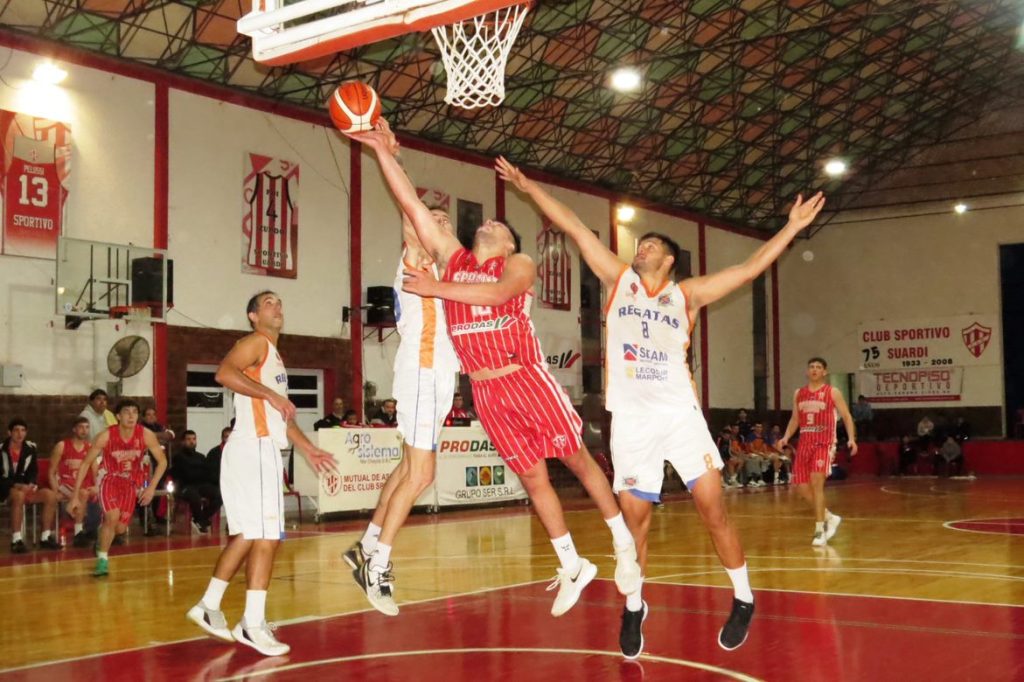 In the second matches of the round of 16 matches of the Southern Conference, Náutico will host Sportivo Suardi at 9:00 p.m., while Rojo will visit Santa Paula de Gálvez at 9:30 p.m. Both lost on Monday in the first matches, so they will need to win to avoid being eliminated. If they win, there will be third games on Saturday.

Regatas and Belgrano will seek to stay alive in the Federal Basketball League when tonight they face the second games of their respective round of 16 series in the Southern Conference, in which they started losing. El Náutico will receive Sportivo Suardi from 9:00 pm, with Franco Anselmo and Leandro Mozzoni as referees, while El Rojo will visit Santa Paula de Gálvez at 9:30 pm, under the arbitration of Rubén Abelardo-Lucas Chaparro. The Nicoleños need to win in order not to be eliminated. If they win this Friday, there will be third games on Saturday; to be played again in San Nicolás and Gálvez.

After what was the opening of these qualifiers, it is clear from now that neither of them will have it easy. As a less complicated rival and because they will play at home, Regatas will have better chances. For his part, Belgrano will go for the feat against a great opponent who beat him very well in the “Fortunato Bonelli”.

Regattas, in order to continue in competition, will need to recover the solvency and regularity that it seems to have lost. In fact, he was only able to win one of his last five games. He had good moments in Suardi, but other negatives, ups and downs that prevented him from winning, despite having been in the game all night (he fell 88 to 82). His main strongholds were Sebastián Andollo, with his best performance of the season (with 21 points and 5 rebounds), and Federico Repetti in the inside game (16+7), along with Valentín Ingrata on the perimeter (18 points, with 6- 9 in triples). In that duel he made his debut with the regatans Santiago Calderón, with a good income in the second period. Regatas did little to the free throw line, where he was also not fine (4-12), especially Repetti (1-6).

Suardi was shown as a long team, with replacement. In fact, the contributions of Esteban Ledesma (18), David Vélez (16) and Gastón Fino (11) were key, adding more than half of the units of his team coming from the bench. Similarly, at specific moments Lizarraga appeared with his imbalance -his franchise player-, while Correnti and Alloatti, beyond not having excelled in their tasks, will be two to take into account tonight due to their trade and experience. Playing in “La Ribera” Regatas has only suffered one defeat so far in the championship (against Gimnasia). And Suardi as a visitor registers two wins so far.

An even more complex mission will lie ahead for Belgrano against Santa Paula, who is undefeated performing on his court. He was the best of his group in the regular phase, which was evident on Monday in our city. The team led by Francisco Blanc was superior to those led by Daniel Maffei, dominating the result from start to finish and for most of its development also the game. He made a difference of twenty in the second quarter (maximum, 38-18), against a Belgrano who had no answers to his opponent’s variants, especially accurate with Solari in long shots (24 points, with 6-7 in triples) and stabbing in the paint, especially through Filipetti (his top scorer with 25). Godoy Vega, with his versatility, is another of the fundamental men of Santa Paula, who also finds answers in attack in Maxi Ríos from Nicole and in Agustín Acuña.

Belgrano had his best passage when in the second period he completed a 14-0 run, and then in the third act managed to place himself two down (45-47). Individually, there were valuable performances, starting with Nico Maffei (26 points, 7 rebounds and 6 assists), and passing through those of Eterovich (11+8+2), Gobetti (16+4+2) and Núñez (12 points+ 12 rebounds), although Belgrano was not consistent and solid collectively. Today he will need to lower the scoring against Santa Paula, who scored 90 points against him (and who has great scoring power), be more consistent in defense and repeat –or improve- his offensive production. In short, you will have to play at a perfect level to win.