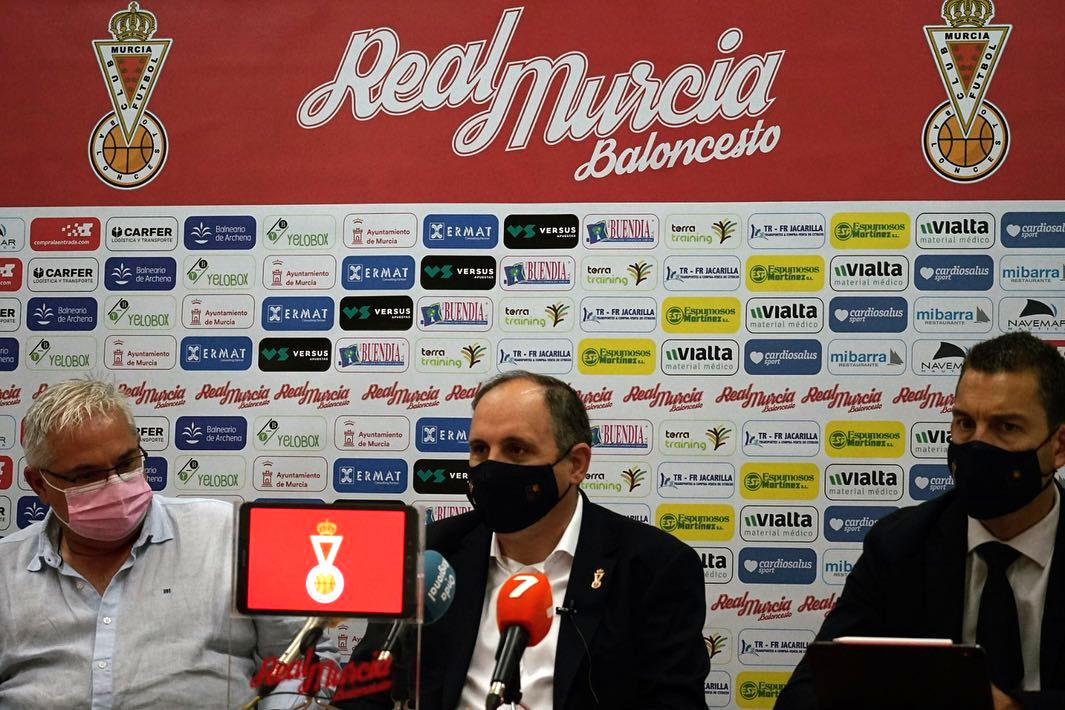 On Tuesday the news broke, when the LEB Oro saw one of its predictable 19 registrations fall for 21/22, thus returning to the only group of 18 (two promotions and three descents) after a season marked by the coronavirus and the “unfair” two-group system with four descents.

I missed seeing during this month the little activity of Real Murcia Baloncesto on its different social networks. And when that happens something is usually behind. The paprika entity confirmed on Friday that it had paid the registration and had presented the guarantee, but during the weekend the news began to ruminate that the team would not finally come out in Gold, as it progressed Murcia’s Opinion. Something that was later confirmed after the presentation of a LEB Gold of 18 teams and with the Press conference from club president Álvaro Buendía, who pointed out that a last-minute cut from a main sponsor left them with no room for maneuver.

We cannot forget that Real Murcia, debutants in Gold, had a spectacular end to the season after a hesitant start, qualifying for the playoffs as the best in the relegation group and putting the powerful Covirán Granada on the ropes. A project full of good names that seemed to come to settle, just as other similar ones had done over time.

On Murcia Regional Wave, Álvaro Buendía I was speaking on June 10 of the statement of accounts and the closing of the season with a budget of 600,000 euros. Without a campaign of partners and without an audience (that absence weighed a lot), he regretted that the reduction of the contribution of several sponsors due to the current situation. In addition, he declared that the aid that is given in the Region of Murcia to the clubs is “ridiculous”, referring to a future meeting with the mayor of the city and hinting that the project 21/22 was in evaluations, but always with the feet on the ground to go out only in case of viability. A few days later, he was interviewed again on that same station after the meeting with the councilor of the Murcian consistory and seemed to leave with optimism, with a feasible increase in the subsidy, according to other locations in the competition, and with the sports management working in probing the market with the priority of renewing coach Rafa Monclova.

Everything seemed to be going its way and last Friday, as we have already said, the team announced its registration in LEB Oro. However, the disappointment came a few days later, even with surprise from within when Rafa Monclova showed his surprise on social networks. From Ourense, The region commented that the new patron of the COB, Pedro Fernández (Grupo Hereda), had sought to exchange places. After reaching an agreement with the granas, the idea was transmitted to the FEB, which did not give the OK to that agreement since Real Murcia was registered; a course of action, that of the exchange, which was only feasible before the registration period (as Barça B and Força Lleida had done). They also pointed from Murcia Regional Wave that Álvaro Buendía tried to get the FEB to give them a small extension to get more financial support. However, the club did not succeed and last Monday, July 5, was the appointed day to resign and be able to recover the registration and endorsement money. If they had done it later, before starting the competition itself, at least the guarantee would have been refunded, losing the registration fee.

Real Murcia Baloncesto has already declared that it will continue with the work of the base, resigning from the FEB Leagues. But, be careful, because it will not be the first or the last case that after playing in Gold disappears from the FEB Leagues. Once again the economic factors have been the reason and show that the health of the teams can change overnight.

If we review the last ten seasons there are more cases of teams that after playing the LEB Oro have disappeared from the FEB Leagues the following season:

With the economic crisis somewhat overcome, it seemed that the teams were more or less consolidated, but there are still teams that suffer the costs of the competition: