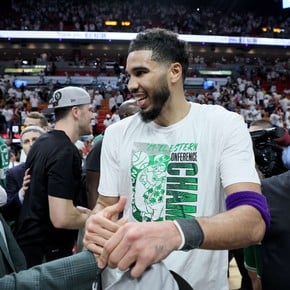 The 2021/22 season of National League begins to play its Finals (they also present them with a capital letter, like the NBA). From this Tuesday, in Santiago del Estero, Quimsa and Cordoba Institute the faces will be seen in the best of five games to define the champion.

The team from Santiago was the last to stay with the League before San Lorenzo’s fifth consecutive championship, which this year did not present the level of those campuses due to economic inconveniences and international sanctions. So, La Fusión, last runner-up, will look for its second cup. The Cordobans, finalists in 2018-19, also against the Cuervos, will go in search of their first crown.

Quimsa took out Boca in the semis.

The series will begin at the Ciudad Stadium, where they will meet again this Thursday. Then, the action will go to Ángel Sandrín de Córdoba, on Tuesday the 7th. If necessary, the fourth game will also be there, on Thursday the 9th. And if there is equality, it will return to Quimsa for a fifth duel on Monday the 13th. All the games will start at 9:00 p.m. and will be broadcast live by TyC Sports.

The series will feature the MVP and “Best Foreign Player” of the regular season, the American Eric Anderson, Quimsa power forward, as well as Nicholas Romano, who occupies the same role in Instituto and was chosen as the “Best national player”.

In Quimsa, when it comes to the “League Awards”, there are also point guard Franco Baralle, the “most outstanding U23”, and Sebastián González, one of the two voted for “Best DT”.

The League Finals will feature two clubs that have been betting on an ambitious project for years. Quimsa is one of the teams that sets the trend in the national competition and has been so in recent years, where during this period it managed to win the BCL Americas in the 2019-20 season, and the Super 20 of the 2018 and 2020 editions, in addition of the 2021 Super Cup that he won in January of this year. Now he will look for his second national title.

Instituto, meanwhile, showed exponential growth, seeking to position itself as one of the great animators of the category and transcending its importance as a soccer institution to also take it to basketball. Beyond its international forays, this will be the second League final for Gloria, who comes from winning the Super 20 this season and ratified his conditions at the hands of an Argentine basketball legend such as DT Lucas Victoriano.

As for crosses in this League, they go 1-1: both won at home.

The numbers of the finalists

Although the statistics do not enter the court, it is worth reviewing some of the most outstanding numbers presented by both Quimsa and Instituto.

The Fusion was widely dominant in the regular phase, to the point where she finished first with 30 wins and only 8 losses (one of them against Instituto); two of them were local (vs. Comunicaciones and Peñarol).

The top scorer for the people from Santiago is Eric Anderson with 657 points in 42 games (average 15.6 per match). In addition, Quimsa is the second team with the highest number of points converted (3,888, with an average of 86.4 per game) and the second that received the fewest points (3,474 and 77.2).

La Gloria, for its part, finished the first stage with a balance of 25 wins and 13 losses. -five at home- which placed her in third place and assured her direct qualification to the quarterfinals without the need to play the reclassifiers.

His top scorer is Nicolás Romano, with 447 units in 30 games (mean 14.9). In addition, he has Martín Cuello as the second best triple shooter, with an efficiency of 44.1%.

Quimsa vs. Institute: what you need to know about the League Finals