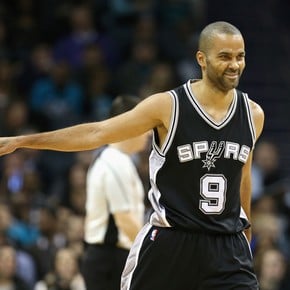 Quimsa (1st) weighed his status as top favorite to win the National League. In one of the semifinals, at home they beat Mouth (5th), 82-66, to leave the series 2-0 and stay one win away from the final. This Friday they follow her in the Bombonerita.

The start had three initial minutes with an imprecise Boca (0-6 from the field). Quimsa, with a triple by Terry added to the good work of Cosolito, prevailed 5-1. But the local entered a plateau of four minutes without scoring and, led by Camacho Vargas, his rival went ahead 7-5 with 5:14 on the clock.. The duel became even, Brussino assisting and scoring five goals in a row contributed a goal to the host, Aguerre added from the line of sighs in the visit. Quimsa closed it better with Anderson who was already showing up and stamped the 20 – 18.

In the second quarter, Hernandez and Buendía gave Boca the lead, but Thomas matched it at 23 with 7m14s to play. The two teams went on a losing streak, but at the insistence of Thomas the Fusion won it by 4 in a lackluster duel. Baralle joined the party with a triple and three free kicks to add 14 goals in the segment and so his team got the maximum of 9 (38 to 27) against a Xeneize who could not find answers. Toretta, on the honk after a recovery by Anderson, imposed the electronic score 41 to 29 at the long break.

In the complement, González’s men had a burst from 12 to 0 in four minutes with Cosolito and Anderson leading the scoring and got a lead of 24 against a totally disappeared Boca that took five minutes to score their first field goal. Aguerre and Hernández woke up the visitors, but Brussino calmed the waters for the Fusion. A triple by Buendía discounted, but the man from Santiago held it with a 60 to 43.

It is carried by Thomas (Press Quimsa).

In closing, Boca appeared with the first points from Schattmann (who has been his figure) and a triple from Buendía to close the gap. The answer came with Anderson and Baralle to continue distancing Quimsa, 68 to 54 with 6 minutes to go. The xeneizes insisted and fought with Hernández and Romegialli, but Acevedo achieved his first points of the night and conditioned the process. The weather helped the local that, before a Ciudad stadium with more than 4,000 people, won it again.

Andersonwith 18 points, 12 rebounds and 4 blocks, was the decisive figure.

This Thursday from 9:00 p.m. the other crossing continues, but now in Corrientes. Saint Martin (7th), who lost both games in Córdobareceive to Institute (3rd).

Quimsa beat Boca and is one step away from the final