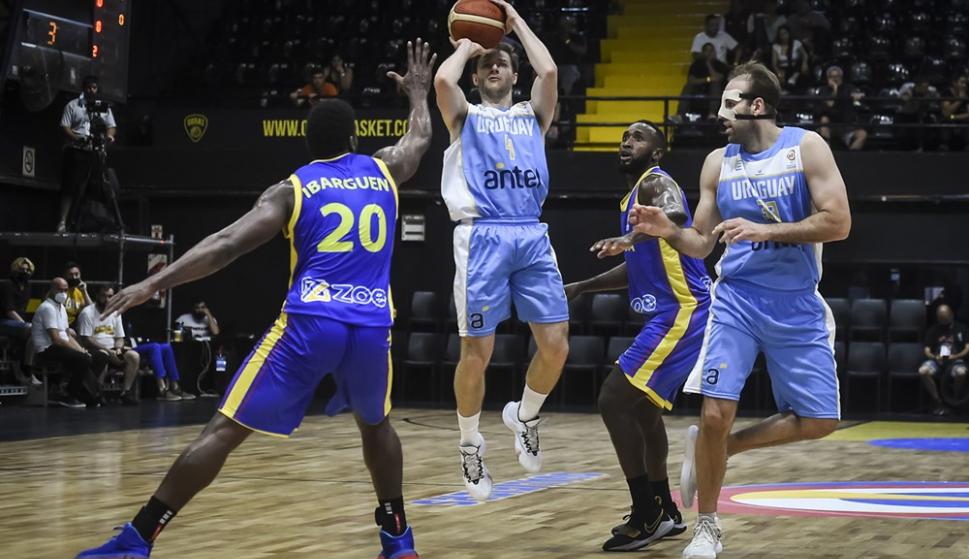 Uruguay debuted with 83-75 win over Colombia in the Playoffs window for the Basketball World Cup to be played in 2023 in the Philippines, Japan and Indonesia. Bruno Fitipaldo played a great game in the blue team.

Those led by Ruben Magnano got off to a good start. The starting five was with Bruno Fitipaldo, Santiago Vidal, Juan Ducasse, Emiliano Serres and Esteban Batista. The first quarter was won by Uruguay 21-13 in what looked like it was going to be a quiet afternoon. But no.

Colombia grew in scoring and converted 28 points (the same as the celestial ones) in the second quarter, for which they went to the long break 49-41 in favor of Uruguay.

The Colombians wanted more and got into the game definitively in the third set, which they won 22-18 to close it just four points behind La Celeste: 67-63.

In the last quarter, Uruguay opened with a 7-2 run that allowed them to play calmly and regulate the process. He got 10 points (82-72) and the victory was never in danger, but the final difference was not what was expected, mainly because a goal was missing.

Fitipaldo was the most outstanding celestial, not only because he led the team in great shape, but also because he was the scorer by destruction with 31 points, the product of 5 triples, 4 doubles and 8 free, with an effectiveness of 47.37% in field shots .

The sky blue team will face Colombia again this Saturday from 15.10 and the match can be seen by Directv to close its participation in this window. The next will be in February against Brazil on the 25th and Chile on the 28th.