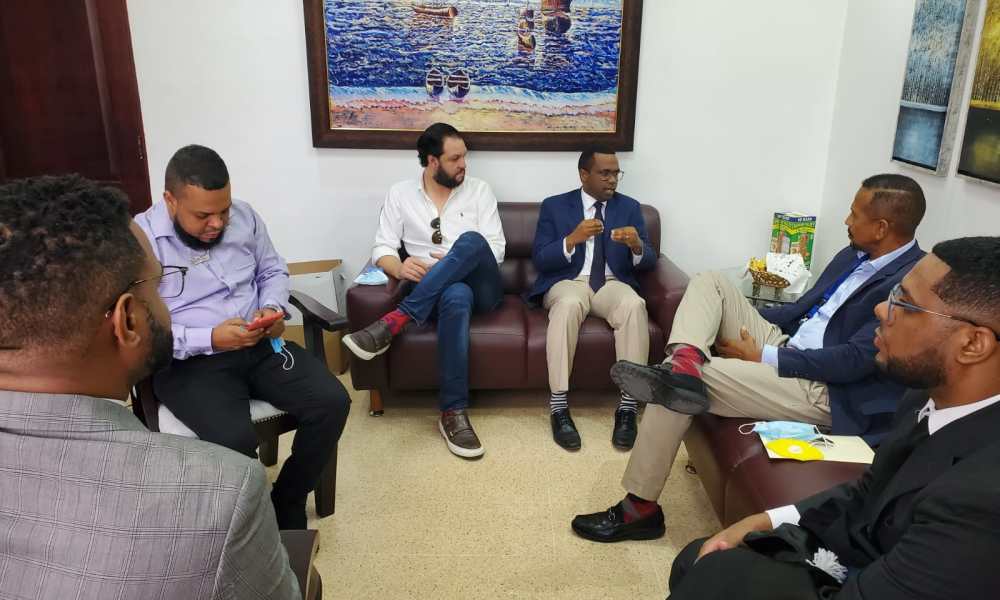 In the center, the magistrate Prosecutor of Santiago, Osvaldo Antonio Bonilla Hiraldo, together with club leaders and the president of the Basketball Association, José Luis Aracena. External source

Bonilla Hiraldo, accepted the request of the Basketball Association, after a visit that a commission from (ABASACA) will tour his Office on Wednesday, headed by its president José Luís Aracena.

The main basketball leader of this city, was accompanied during the visit to the Prosecutor, by Jean Carlos Rodríguez (Yanki), president of the Los Pepínes Club (CUPES), by Russel Aracena and Roldany Lora, who are part of the Disciplinary Commission .

The Santiago basketball tournament will begin on Friday, March 18. 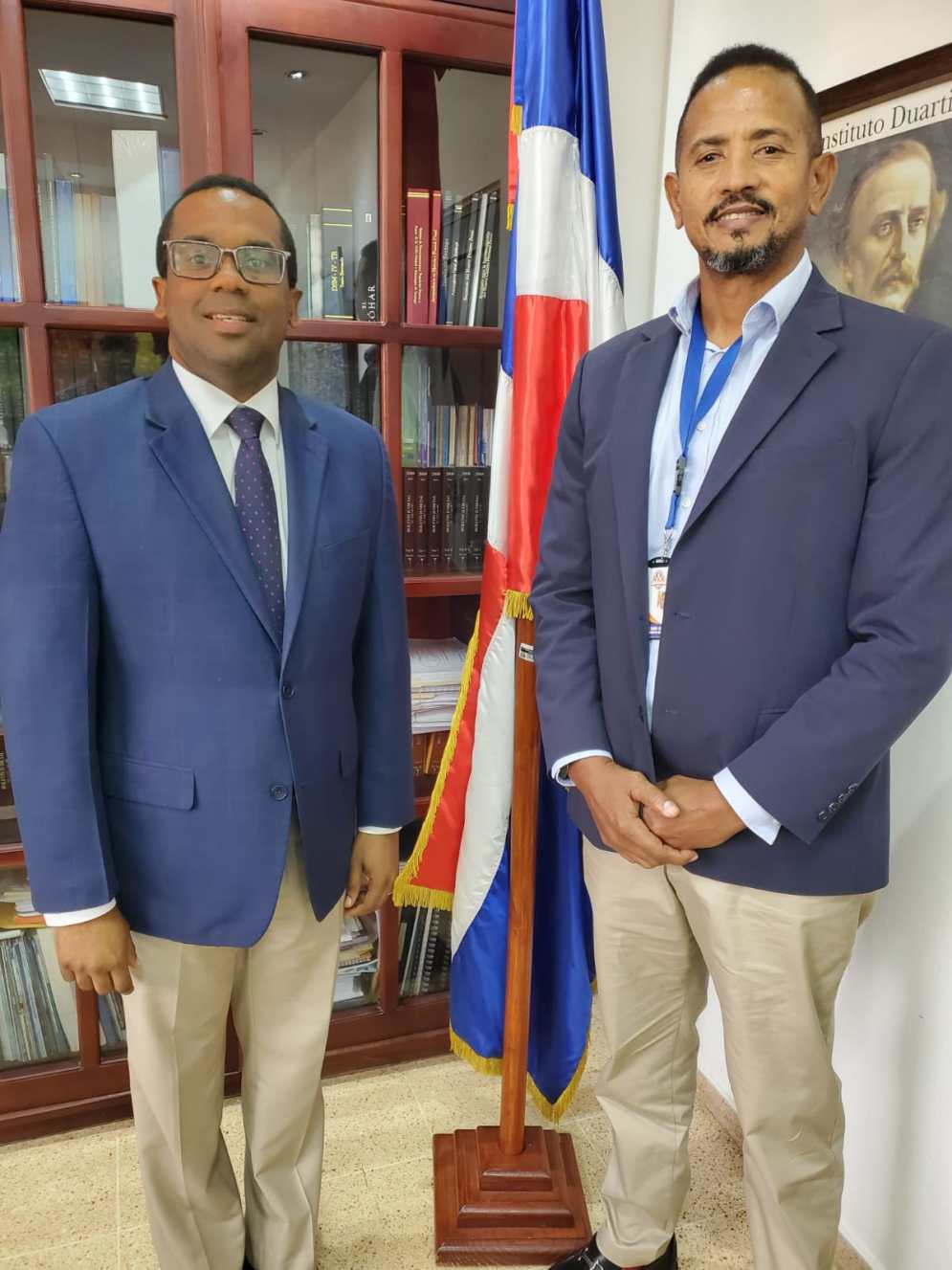 The president of ABASACA was also accompanied by the sports communicators José Osvaldo Franco and Ezequiel Sosa, who are in charge of the Public Relations and Press departments, respectively.

The Santiago Basketball entourage was received by the Magistrate Prosecutor of the Judicial District of Santiago, Mr. Osvaldo Bonilla, who will also act as permanent president of said Commission, which will also have the appointment of two deputy prosecutors to give firm follow-ups to the actions of those involved in the event, which brings together thousands of people from the Province of Santiago.

Judge Bonilla thanked the ABASACA commission for its visit and said that he was in the best position to collaborate with everything related to the development of the Santiago Superior Basketball Tournament, guaranteeing the active participation of him and the institution that he worthily represents, equally The mode indicated that they will immediately begin work together with the executive committee of ABASACA to carry out various activities in favor of different communities, athletes and fans of the Superior Basketball of Santiago.

It is a great honor for me to receive this important opportunity to continue contributing to society through sports activities, since in the past I was also part of the disciplinary commission of the Superior Basketball Tournament of Puerto Plata, said Osvaldo Bonilla. , who is a native of the Atlantic bride and has been received in Santiago as an adopted and meritorious son for his great values ​​that favor society.

For his part, the president of ABASACA, José Luís Aracena, said that the visit to the prosecutor’s office was carried out as usual, and I value the willingness of all the staff of the prosecutor’s office to give all the necessary support, for the best success and to continue guaranteeing security at the event, indicated that this will be a marriage without divorce, where the institution that he presides publicly commits to working hand in hand with the Prosecutor’s Office in different social and sports activities in favor of the most vulnerable communities of the City of Santiago.

Bonilla is currently the head prosecutor of the judicial district of Santiago, he comes from doing an excellent job in that same position in the province of Puerto Plata and is valued as a valuable, honest and humble person.

The executive committee seeks to safeguard and protect all the fans present during the matches of the XLII Superior Basketball Tournament, an unprecedented event in the history of Dominican sports.

The deputy prosecutors, appointed by the Santiago prosecutor’s office, will take action against indecent behavior that threatens the healthy family entertainment that our Basketball represents, indicated the main incumbent of the Santiago Prosecutor’s Office, Mr. Osvaldo Bonilla.

This measure will strengthen the movements already carried out in terms of security, therefore the people who are caught disturbing the order in the Gran Arena del Cibao, charges will be filed to be submitted to the action of justice.

The executive committee of ABASACA and the Organizing Committee of the tournament join forces to offer a tournament at the height that the heart city and the Country deserve, since it has become a national heritage.

The fair is scheduled to start on Friday, March 18 of this year with the participation of the traditional six teams, Sameji, Cupes, Plaza, CDP, GUG and the current champions of Club Pueblo Nuevo.