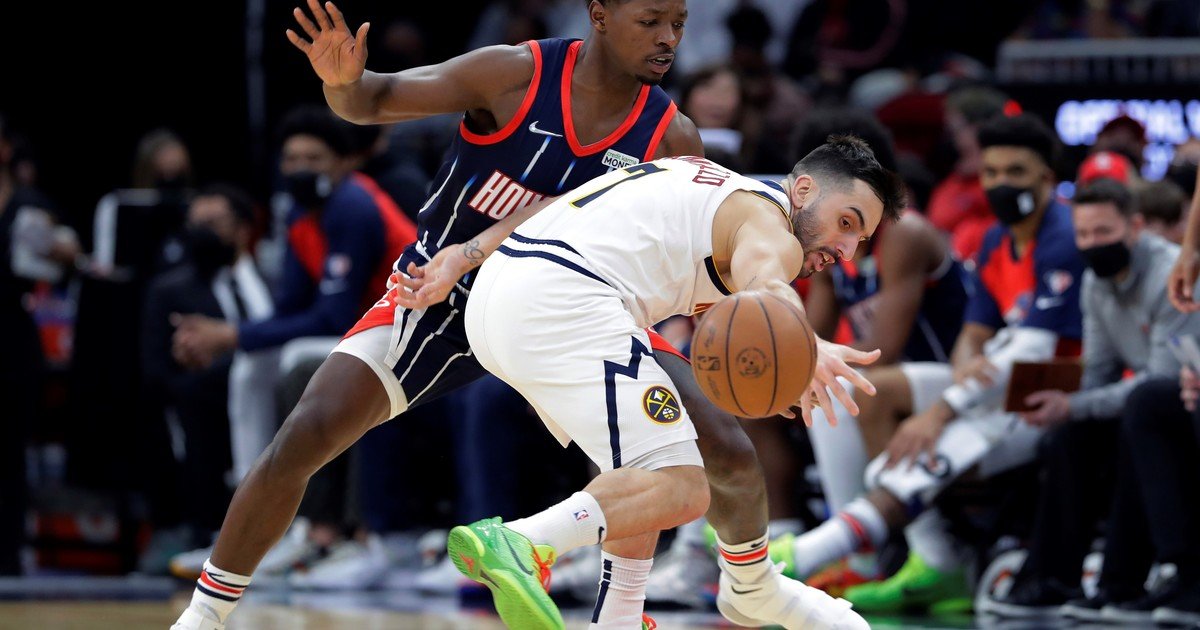 Facundo Campazzo not going through a good time Denver Nuggets. Coach Michael Malone He was a long time without putting it on the court, until a few days ago, when he began to take it into consideration again due to the injuries of several players. He played a few minutes against the Lakers last Sunday, but he was sent off for pushing an opponent. Despite his bad present, Kevin Porter Jr.base of the Houston Rockets, revealed that to improve his game he studies the videos of the Argentine.

Kevin Porter Jr. spoke in depth about the work he expects to put in this season. When asked about players he studies, he said – the usual All-Stars, Kevin Durant, etc… but also, Facu Campazzo of the Nuggets. “His passing from him.”

“I study the usual All-Stars, like Kevin Durant, Stephen Curry, et cetera. But I also look at Facu Campazzo of the Nuggets, because of how he makes his passes.”Porter Jr said in an interview with Cayleigh Griffin, an American journalist who covers the Rockets’ campaign.

Kevin Porter Jr, one of the jewels of the Houston Rockets. (Photo: Reuters).

Porter Jr is, along with Jalen Green, one of the jewels that the Houston Rockets have. This season he averaged 15.6 points, 6.2 assists and 4.4 rebounds. Nevertheless, his team could not have a good season and finished last in the Western Conference, with a negative record of 20 wins and 62 losses.

Campazzo’s Denver Nuggets will face the Golden State Warriors in the first round of the NBA Playoffs. A more than difficult first match, against some Warriors who, hand in hand with their superstar, Stephen CurryThey had a great season and finished in 3rd position.

The first game will be this Saturday at 9:30 p.m. (Argentine time). Facu has already had several crosses with Curry, and on some occasions he defended him very well. Taking into account the injuries to Jamal Murray and Monte Morris, two of the other point guards on the team, the Cordovan could get minutes on the court. Will Malone put it?

Beyond Facundo Campazzo’s striking foul on Wayne Ellington and his first expulsion in the NBA, the name of the Argentine point guard from the Denver Nuggets went around the world due to the subsequent reaction of the Lakers shooting guard who, far from settling the matter On the field, he turned to his post-match social networks and threatened Facu with a strong message.

“When I see you I’m going to put my hands on you”Ellington wrote on his Twitter account, mentioning the Cordovan. The posting had thousands of comments and quoted tweets, most of them disapproving of the American’s attitude.

But among all the criticisms of the Los Angeles Lakers shooting guard, Jaycee Carroll stood out, who knows Campazzo very well from Real Madrid, where they shared a team. When reading Ellington’s post, the one born in Laramie, United States, he did not hesitate and replied with a strong post: “Why doesn’t he act tough at that time? He is a tough guy, but on Twitter.”

Jaycee Carroll and her defense of Campazzo. Image: BasketNews.com

Praise from an NBA player for Campazzo: ‘I study his passes’