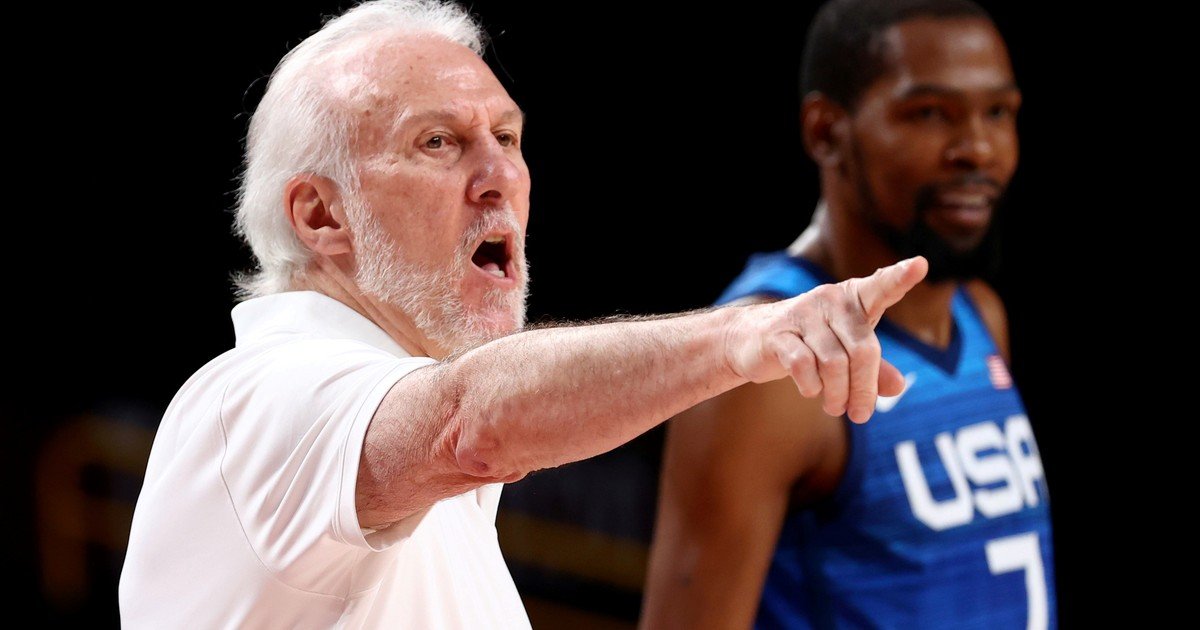 This Sunday, basketball experienced a historic day: USA lost by Olympics after 17 years. The team of Gregg popovich He could not beat France and fell 83-76. Despite this, the North American coach played down the result: “It shouldn’t be surprising.”.

The DT of the Spurs was in the focus of criticism after their run fell on debut. With figures like Kevin Durant, Lillard, Holiday and Middleton, among others, the Dream Team was outmatched by the French team, despite having finished up front in the first half.

“Basketball is an international sport, there are a lot of good teams in the group, it shouldn’t be surprising. The talent gap has narrowed. France worked well, they were consistent on both sides of the court, it’s as simple as that “explained the American coach in the conference after the historic defeat.

It is that the United States lost for the first time in 17 years in Olympic Games. Since Barcelona 1992, when the NBA participate in the competition, the American team was left with six of the seven gold medals for which they played, with the exception of Athens 2004, when they lost to Argentina in the semifinals and later ended up taking bronze.

It was just before Ginobili and company that the United States had lost for the last time in an Olympic Game. That time, the Albiceleste team won by 89-81, to then beat Italy in the final and get the long-awaited gold medal.

“We had several advantages of 9 and 10 points, but we lacked a consistent defense, we had many errors, offensively in various possessions we did not move the ball, we had no free shots. You have to understand it, work and move on, “added Popovich, who is already preparing to face Iran, next Wednesday morning.

And he sentenced: “We have not been together long, but we have been long enough to be more consistent. We have to defend better in the important moments, in the final stretch of the games. Sometimes you are right, other times you are not, it is not a question of a single aspect of the game that makes you win or not. They didn’t beat us because they were great but because they made good chances and scored triples. “

When was the United States’ last defeat in an Olympic Game?

On August 27, 2004, Argentina and the United States faced each other for the semifinals of the Athens Olympic Games. And the team that led Ruben Magnano and that it had figures like Ginobili, Scola Y Oberto, gave a historic coup and won 89 to 81.

That day, Argentina He had the maximum splendor of Manu, who was the great figure and nailed 29 points. But of course, he was accompanied by the 13 that he completed Notioni, in addition to 10 others that Luifa contributed.

Stars like Tim duncan and Allen Iverson, as well as young players who were beginning to shape their careers as Lebron James Y Carmelo anthony. But they could do nothing against the Golden Generation, who would complete their feat a few days later, when they took the gold by beating Italy in the grand final.