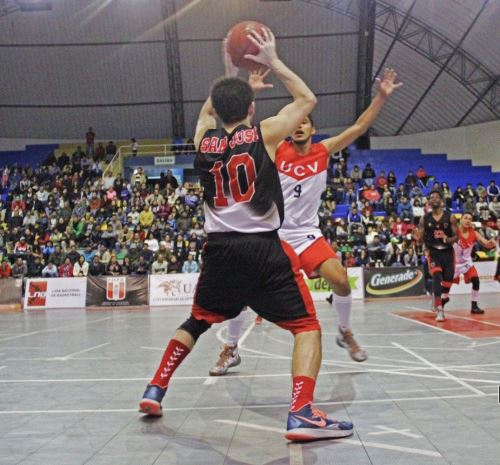 Peruvian basketball sees a light at the end of the long tunnel in which it passed for many years after the elections in the Peruvian Sports Federation of Basketball (FDPB). The newly elected board of directors has already submitted its documentation to the Peruvian Sports Institute (IPD) so that it issues the respective resolution of recognition and thus begin the work of the resurgence of a collective discipline that remained stagnant.

Peruvian basketball sees a light at the end of the long tunnel in which it passed for many years after the elections in the Peruvian Sports Federation of Basketball (FDPB). The newly elected board of directors has already submitted its documentation to the Peruvian Sports Institute (IPD) so that it issues the respective resolution of recognition and thus begin the work of the resurgence of a collective discipline that remained stagnant.

National basketball was suspended in 2018 by the International Basketball Federation (FIBA) and that resulted in being left out of all major competitions such as the Lima 2019 Pan American Games. Two years later, in 2021, the situation worsened because it was disaffiliated by FIBA ​​itself.

The new board of directors of the FDPB is made up of Víctor Cisneros Colchado (president), Sylvia Ramírez Martínez (vice president), Saúl Sierra Ríos (treasurer), José Benavides Silva (secretary), Juan Lombardi Pérez (Vocal), Jaime Morales López ( Vocal) and Erick Ramos Luna (vocal). His period of permanence will be the duration of the current Olympic cycle (2021-2024).

“Basketball having a new board means that we are about to end a great fight. Truly titanic. For five years, the grassroots organizations affiliated with the FDPB have fought like a single fist against countless obstacles and pressures generated by a small group of natural persons without representation who, knowing that they would not come to power democratically, began a destructive campaign against leaders and against the organization, without realizing that the only thing they achieved was to sink our discipline further”, said Víctor Cisneros, newly elected president of the FDPB

Regarding the reactivation of the discipline, the new head announced that after being out of practically all international sports activity since 2005, as of 2010 Peru began a sports reactivation, beginning to participate in the South American men’s and women’s tournaments.

There were national calls in all categories throughout the year, a National Basketball League (LNB) was created that was televised and grew a lot. This helped to stimulate activity throughout the country, training tournaments were held in all categories. Despite this progress, everything came to a sudden halt with the onset of the leadership problem.

“We are going to work hard to make up for lost time, return to the activity levels of 2016 and definitely try to overcome them,” he says.

Cisneros assured that recognition in basketball is getting closer, after the meeting held last Wednesday with the president of the Peruvian Sports Institute (IPD), Rubén Trujillo, to discuss aspects related to the development of the discipline, the recognition of the council elected director and the necessary steps for the re-affiliation of the Peruvian basketball to the International Federation (FIBA).

“It seems to me that things are now quite clear regarding the representativeness of the different basketball strata and according to the president of the IPD, his institution is the first to promote that basketball activity be normalized as soon as possible, with the objective is that young children do not waste any more time, always acting at all times in accordance with what the law dictates” declared Cisneros, president of the FDPB.

He added: “The meeting leaves us very calm and with the certainty that very soon we will be in a position to request that Peru be affiliated again on the international scene,” he said, alluding to the process that the FDPB must begin shortly to request its return to the FIBA.

The current boss of the basket sport in Peru pointed out that the priority in his work plan is the decentralization of this discipline at all levels in order to enhance the hotbeds and provide competitiveness to future national teams.

“We have agreed on the great importance of the issue of decentralization, at all levels, competitions, recruitment of talented players for national teams, etc., even more so when the elected board that has leaders from numerous provinces of our country” said Cisneros who highlighted the broad support at the level of grassroots organizations that the recently elected FDPB board has.

At another point, Cisneros stated that economic support with IPD resources is important above all for the processes of national teams, to cover ticket costs and coach payments.

“The State is the great owner of the sports infrastructure, that is another important support, not only for the Federation but also for our affiliates through the regional IPDs, who have to work hand in hand with their leagues. But the greatest support will always be to provide stability, not falling or giving in to pressure from third parties without representation”, Indian.

He qualified for three Olympic Games, but Tokyo 1964 stands out, where Ricardo Duarte became the top scorer in the entire tournament. 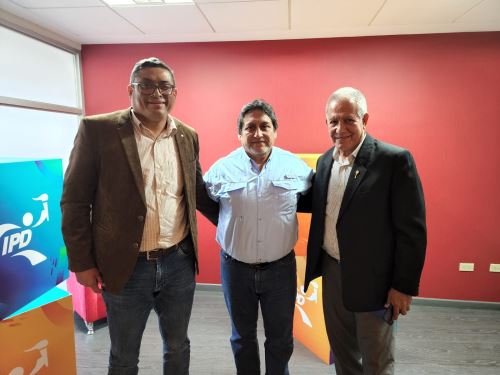 Peruvian basketball is reborn after its disaffiliation from FIBA