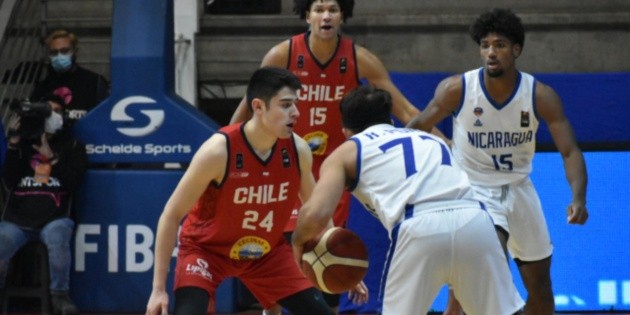 It fulfilled the first objective: Chilean basketball team ended his participation in the pre-qualifying home run for the 2023 World Cup in Asia with a perfect campaign, because he won without appeal his Nicaraguan simile.

In a match played in the Ñuñoa Olympic Training Center witnessed the categorical victory of the Red by 82-63 in the third match of the tournament, which allowed him to secure his ticket to the next phase.

The team led by Cristian Santander had a difficult start. However, in the second and third fraction he managed to take the necessary advantage to ensure the victory and finish his participation in the homerun undefeated (22-18, 18-10, 23-15 and 19-20).

The great figures of the party were Marcelo perez, who was the MVP with 15 points, three rebounds and four assists, while Sebastian Suarez he dispatched four baskets from the line of three and finished with a record of 16 points.

In this way, the quadrangular ended with Chile and Paraguay entering the American zone that will have another 14 teams, who will fight to reach the quotas to get into the 2023 World Cup in Asia.

Mission accomplished! #LaRojaDelBasket defeated Nicaragua 82-63 , won the World Cup Pre-qualifying home run undefeated #FIBAWC 2023 and ensured its presence in the round where the 16 best teams in America will meet Cracks ! #ChileCompite pic.twitter.com/xb8XZHWCfP