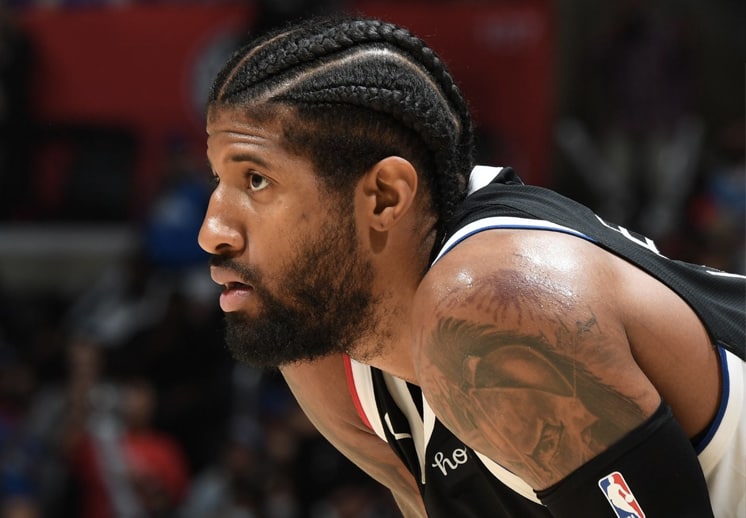 Paul George is waiting to return to play for the Clippers after battling an elbow injury, but while that time comes, the Clippers star took time to visit his former teammate Serge Ibaka, who premiered the fourth season of his program “How hungry are you”, where his guests share some things about their lives and test their skills in the kitchen.

In that talk, Paul George unveiled a theme that after some time continues to go around among NBA players who had to spend time in the bubble, just when the world was facing the first part of the pandemic.

We all remember that erratic Clippers who, after beating the Mavericks in the first round, blew a 3-1 lead over the Nuggets only to lose to Jamal Murray and company. Criticism about those Clippers was strong, especially against Kawhi Leonard and Paul George, who were on duty in that series.

Time has passed and in the talk with Serge Ibaka, Paul George confesses part of what he experienced in that time of the bubble, a situation that not everyone enjoyed, as the Clippers player comments:

“A lot of that happened to me, some of it was that I couldn’t sleep. I don’t know what was going on, but I’m not lying, probably for a week and a half or two I didn’t sleep at all, I slept zero. I don’t lie, I lay in my bed, my mind just ran, ran, tried everything, used apps, tried therapy, sleeping gummies and they didn’t know this”.

It was not easy to deal with these issues and especially if they were combined with a situation that had to do with basketball:

“There is nothing else to do there, you are surrounded by basketball, there is no escape, there is no way out. We were stuck in our hotel rooms, all we have is our phones, you go on social media, you see a meme, a joke. Put all that together and I couldn’t sleep, I was just lost, it was difficult.

Paul George’s confessions are very interesting, as well as all the talk he has with Serge Ibaka, so if you want to keep an eye on him, we share this chapter of the new season of the show of today’s Milwaukee Bucks player.