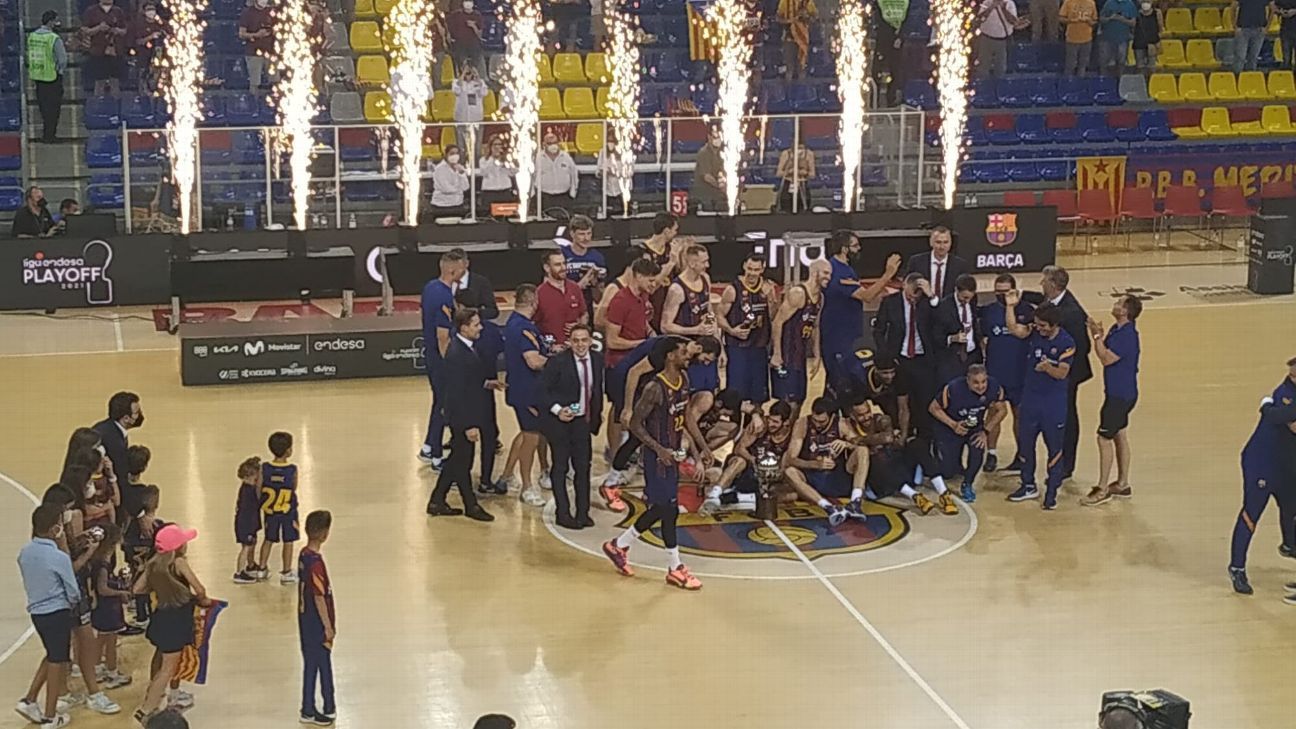 Pau Gasol closed the season with Barcelona, ​​which he joined in February, winning the ACB League in Spain thanks to the victory of the Barça team in the second game of the Final Playoff over Real Madrid at the Palau Blaugrana by 92-73 and thus sentence the series by 2-0.

It should be remembered that the ACB League agreed to cut the Playoffs and determine that the winner would be the best of three games for this season and not the best of five as usual, so the game against Madrid could be Gasol’s last game with Barça, waiting to confirm his presence at the Tokyo Olympics, which would mean his permanent retirement.

After adding eight points in the 16 minutes he played during the first match of the Final, played on Sunday in Madrid and won by Barça 75-89, the Catalan pivot warned in the preview of this second match that he could “be my last game at the Palau “, hinting at a close retirement.

“I’ve been thinking for years that my last game could have been a long time ago, when I got injured … They have been thoughts that have crossed my head. Perhaps it was better to stop physically crushing me, turn the page and close a wonderful chapter” revealed Gasol, realizing this At the end of the road, three weeks away from his 41st birthday, he would already be well focused in his mind.

“This last stage is being sweet. I train every day as if it were the last, enjoying and giving everything,” he resolved, a day before, most likely, closing this second era at Barça, winning a League that the Barça team had not conquered since 2014 and that he, in his first stage raised in 1999 and 2001, his last season in Spain before making the jump to the NBA to play with the Memphis Grizzlies.

Pau enjoyed the experience of winning a League against the main rival in a Palau delivered but semi-desert, with the barely a thousand fans allowed for health reasons and who gave themselves to the party from the beginning, with a Barça that passed over Real Madrid in how much the ball was put into play.

From an initial 7-0 he went to a 16-7 which was the moment when the Barça coach, Sarunas Jasikevicius, gave entry to Pau in place of Brandon Davies. By then, in the absence of 4.35 in the first quarter, Barça’s superiority was already absolute, with a magnificent leadership from Calathes and an excellent contribution from Mirotic.

The 48-30 break (four points from Gasol) already gave one to think that the triumph and the title would remain in Barcelona, ​​contemplating the impotence of a Real Madrid that shot with pride but missed too much the quality of players like Campazzo and Deck, who left the merengue club in the middle of the season to go to the NBA.

The second half of the game was lived at the Palau with a hairpin that never under 15 points of advantage for Barça, stretching in the last quarter already above 20. Three minutes from the end, with 89-66 in the scoring and having scored 11 points (4 of 5 in shots of two and one of two in triples) and captured 6 rebounds in 19:56 minutes in play, Jasikevicius decided that it was time to pay tribute to Gasol, who left the floor between the Generalized applause from all the fans and raising their arms as a sign of gratitude and, who knows if they were farewell.

Knowing himself to be the champion, the Barça coach repeated a tribute with Calathes and Mirotic, the match’s top scorer with 27 points before the final 92-73 came to an end, which returned the ACB League title to Barcelona after seven years of drought. .

It could have been Gasol’s farewell, happy as he imagined and before playing the Olympic Games, already flavored as a definitive farewell.