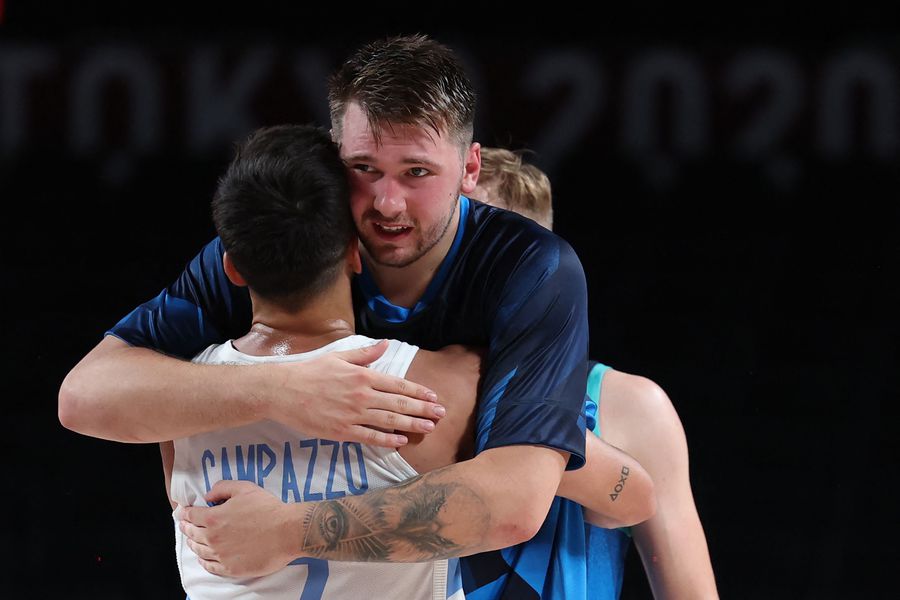 Luka doncic He starred in the first controversy in the Olympic Village of Tokyo 2020. The Slovenian basketball player was surprised at a party in the internal concentration of the athletes, after starring in one of the great triumphs at the start of the Olympic Games.

Spanish basketball player Cristina Ouviña he was the one who uncovered the scandal. The Hispanic Athlete published two photos where you can see the 22-year-old player playing poker and drinking vodka.

Point guard for the Dallas Mavericks, a North American NBA team, was the leader of his team at the start of the Games. Former Real Madrid he scored 48 points and provided 11 assists in the Balkans’ 118-100 landslide victory over Argentina’s quintet.

Precisely, according to the athlete who uploaded the graphs, the party coincided with the first triumph in these Games for the team that was continental champion in the 2017 Eurobasket, played in Turkey.

Through their Instagram stories, the young Spanish athlete published on Monday night the images in which she saw part of the selection of Slovenia in a relaxed coexistence in the Japanese capital.

The authorities of the organizing committee have not expressed themselves regarding the situation of the protocols and discipline in the Olympic Village. While, The European team prepares for its second game, this Thursday, against local Japan, for Group C of the Olympic basketball that still has The United States as a great candidate for gold, despite the debut defeat against France.