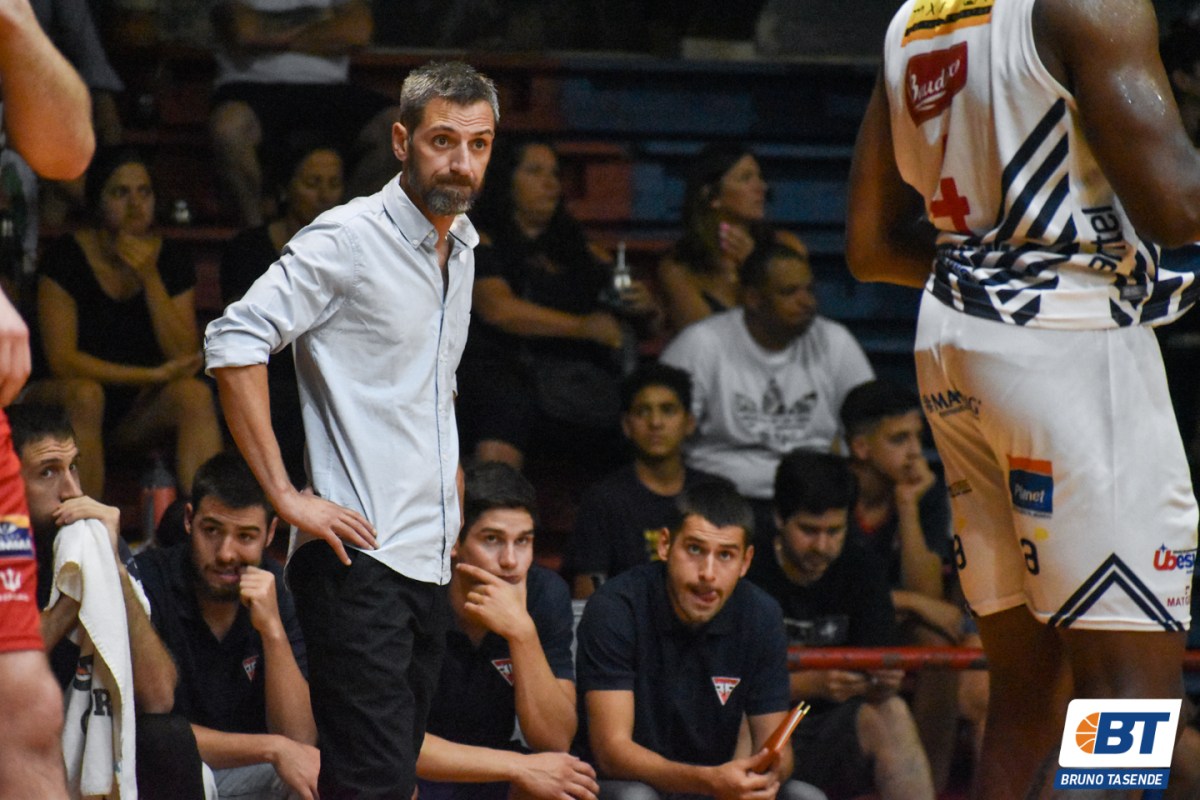 Continuing with the round of talks prior to the Metro, Básquet Total went to look for Nicolás Díaz, who continues with his project in Sayago for a new season.

How do you see the squad for this tournament?

The campus is fine. He is training since the opening of the club and doing training knowing that the base of our team is U21 and formative. In this way, we isolate them and begin to work towards the Metro. For us it is different because we work for their growth. Hopefully El Metro will notice and reflect the work we have been doing since the last tournament. The squad is focused and we continue to train in good shape.

Despite the fact that Covid cases are decreasing, what was it like doing the preseason with peaks in cases?

The preseason experiencing the pandemic is rare because when we prepared last year, the number of cases was very low, if not zero, and not much was known about the virus. But, since the last El Metro ended until the start of the preseason, many things have changed and we have experienced many others. The country is going through a bad situation with the pandemic, even though it has improved a little now. We all have to maintain the greatest care at a personal level and also at a group level, since if each one takes care of himself, it will be the best for the team.

What expectations do you have regarding the performance they may have at the event?

We take the tournament to grow. Obviously we would love to take a step further than last year, but without losing focus that our job is to increase the growth of the club’s boys with the support of some chips. We practically repeat the squad, therefore we know what we can give and we change some details of the game. The kids are also gaining experience with the passing of the tournaments and we want to continue generating that: that they grow, establish ourselves as a team and that we all improve, both individually and collectively. We will try to make the best possible tournament and the course of it will determine where we stand.

The squad is practically the same as last year. Is the bet the same?

We are almost the same players as the previous tournament. Very few have left and now we were able to close the arrival of Nahuel (Lemos), who for us is very important, he is a boy from the club and we have already worked a couple of years together. The guys who are on campus have been close friends for a long time. The bet would be the same, but it must be adjusted because there is a change in roles due to some exits from the squad, in addition to the fact that the boys are growing and have to assume more responsibilities. That is the idea of ​​the club: to project club players and give them opportunities. Those who already had it have to show that they continue to grow in order to increase these responsibilities.

In the last tournament, they gave the surprise reaching the quarterfinals and remaining one game from the semifinal. Were you satisfied in that instance or are you going for more this year?

We are satisfied by the growth of the chiquilines. Obviously, in the tournament we went from less to more, because we had certain health details or physical problems. This year we want to do the same and for the younger ones to show that they can continue to grow and show that the team has also matured. We want and hope to take that step further because it is what we work for and it is what we have envisioned: to give our best version to go as far as possible.

Emiliano Bonet and Brian Silva had a great Metro last year. Would you give them more minutes in this tournament?

Their case is like other boys. They had more participation in the tournament last year and they have to continue down that path to continue evolving. We want them to grow on a personal level so that the team improves as well. There are also other guys who in 2020 did not have as many minutes, but they need to continue adding minutes. That was the case of Mateo Doglioti, who has to show that he has grown. It is a theme from year to year and show that they can improve aspects not only of the game, but also physical. We are satisfied, yes, but they have to follow that line drawn.

Last year El Metro went to CEFUBB, this year it goes to Larre Borges. How do you see the change of scenery?

A very good tournament came out at CEFUBB. The organizational part of the Federation was very good and many people worked around it. With the change of scenery, the situation arises that a team that participates in the contest is local, but that is the decision of the clubs. We are all going to play there for a period of time and as the games go by, we will adapt. I hope and I think it will be a good tournament like last year, besides that the Larre Borges court with the remodeling that they did, was very nice.

Do you see viable that for some instance the public can return to the courts? How would you feel about it?

I have spoken with the boys at some point or with some players and we agree that it is strange to play with the public. Arriving on the court and that people are buying tickets or the encouragement of the fans. That fervor of playing in front of people is sorely missed. Last year we had to play it without an audience present and we thought we were going to get used to it and even though it was, we never stopped missing the support of the people and the beauty of being in front of them. Hopefully we get to an instance where people can attend, it would be beautiful. If the necessary precautions are taken and the protocols are followed, always trying to ensure the health of all those who are on the field. If it is for a matter of happiness, we would all be happy with the return of the fans. Hopefully it can be shortly.

What teams do you think are the main candidates for promotion?

I think there are two teams that are above the rest, which are Cordón and Larre Borges because they have experienced and talented players, with many years of experience in the best competitions and with great foreigners. However, I think there are many who can be close to them. I think it will be an even tournament and there are always teams that have a streak of positive matches, which makes them grow and allows them to reach the last stages.

What would you say to the Sayago fans?

I would tell them to support the team because it is a hard-working team, with a base of boys trained in the club and I think there is no more satisfaction from a fan than seeing boys trained in the club playing at a good level. Then we will try to play well to achieve that victory and that everyone is happy. More than anything, feel that support which is always there to go as far as possible.