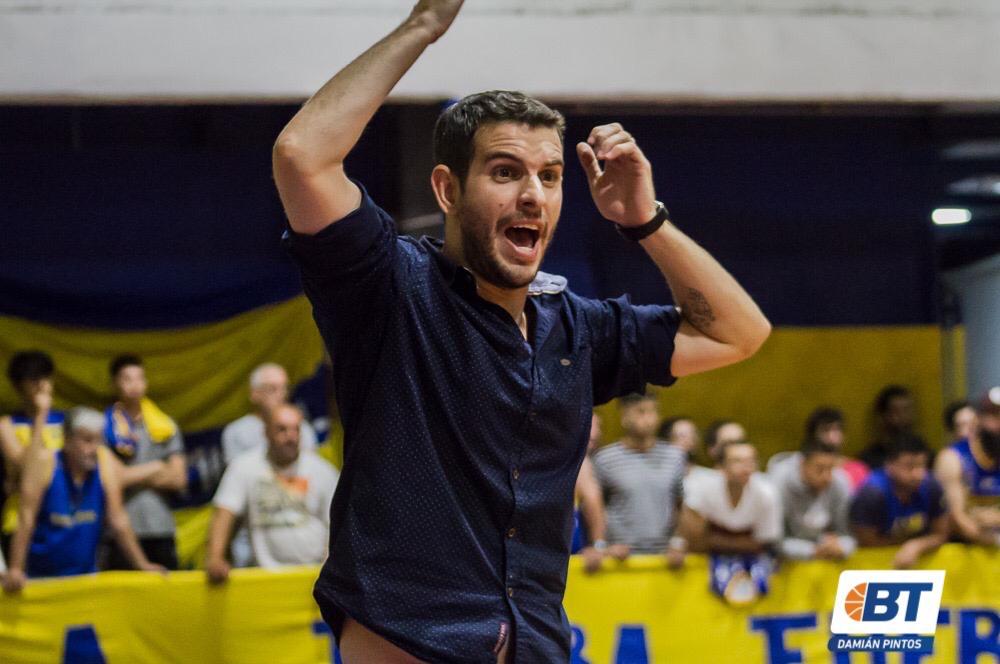 The round of notes to the coaches of El Metro begins, Martín Sedes from August 25 spoke with Básquet Total about how the preparation of the León de Villa Dolores is coming; roster, season goals and more.

How do you live these weeks before starting a new competition?

The truth is that we have nerves and anxiety but it is normal, we want it to start soon, luckily there are only a few days left. We have to prepare the team as best we can since we had a nice start, neither more nor less than against Miramar.

How was the approach with the squad in the first training sessions?

The reality is that we did not know each other and it is a totally new team, I think I had not managed any of them so they do not know me either, so everything is new, although some of them knew each other. What is more than clear is that we are all excited like all the fans and we are shooting for the same side.

In terms of preparedness and this ongoing pandemic, did the planned planning affect you at all?

If we compare it to last year, this was a bit more turbulent. Last year there were very few cases and it did not alter so much, however this year we all had to quarantine for a week and stop training almost at the beginning since one of the physical trainers contracted the virus. In addition to this, we caught some players almost without a year of activity, Nicolás Álvarez had Covid almost before starting. But the reality is that in El Metro there is always some setback, some peculiarity, you have little time to train, foreigners who come on the date, but we know that this is so and we do not have to make excuses.

I take you to your debut in the Metro, neither more nor less than against Miramar. What extra seasoning does it have to start like this?

How did you see Franco Pennacchiotti in this first week of work?

Franco came here very recently, I think he’s going to give us a lot. Physically he is improving a little and that is important, as well as basketball. Being young and athletic, he is going to get ready very quickly. We had given him exercises to do and it was noted that he did them before arriving. He was good, it was hard for him to get into the rhythm, the ball game part, but with each passing day he improves and that is why we are very happy with him.

For those who do not know him and did not see him, I ask you to comment on his virtues and what the team can contribute

He is a player who comes with a very good tournament in the Argentine National League. I already knew him in fact last year at Olivol Mundial before the name Damián Tintorelli came up, I had tried to bring him. He is a very tall, athletic player, with a great capacity for rebounding, I have no doubts that he will be one of the rebounders of the championship. He has a lot of goal since he can play from the front and back to the basket with a good mid-distance shot. Besides all that, he is a player who knows how to run the court very well and adapts a lot to what we are looking for. Every day the team gets to know him more and the Argentines have something that in addition to understanding the whole game and being very good tactically makes the whole team better and that is why we opted for him.

The cast of Villa Dolores invested in a quality squad with a reputation for the division, is this an extra pressure for you?

I think it’s true that the club’s bet this year is a little higher than in previous years. We know that there are also other clubs that have strengthened very well and it is going to be an even tournament. We put together the team almost at ease, it was all together, there were no players that the club imposed and that is good. We are very happy with the team and I think we put together a long squad with eight players who can start on any team and the challenge for us is for everyone to feel important.

The vertigo of the tournament makes him always put his best, without breaks, how much does the post-match recovery play, the medical part and having a long squad?

The medical part is always important, the preseason part has been very good. We made a long squad, anticipating that you can always have an injury. Now we are also closing Santiago Pérez, which makes the squad even a little longer. It is a short but long tournament at the same time because once it starts it doesn’t stop and you have to be prepared for what is coming. The first matches are always essential, so it was key that all the players are there as soon as possible, that the foreigner arrives quickly and fits in, to be able to see and get an advantage to get to the beginning in the best possible way. Dose players is something that we are not going to do because we have to go with everything from the start since the first dates are important.

I think the team is there to fight at the top, then you have to see where the table places us, the good thing is that we are all in the playoffs, but you have to try to be as high as possible. The first challenge is to be among the eight, then get among the four to go to the round but you have to go step by step. Today think about winning the classic that is the first game and the most important for everyone. Cordón, Larre Borges and some other cadre were put together very well but we have something to do with it. We have to see how we are doing on a day-to-day basis but we are eager and intent on making a great tournament.