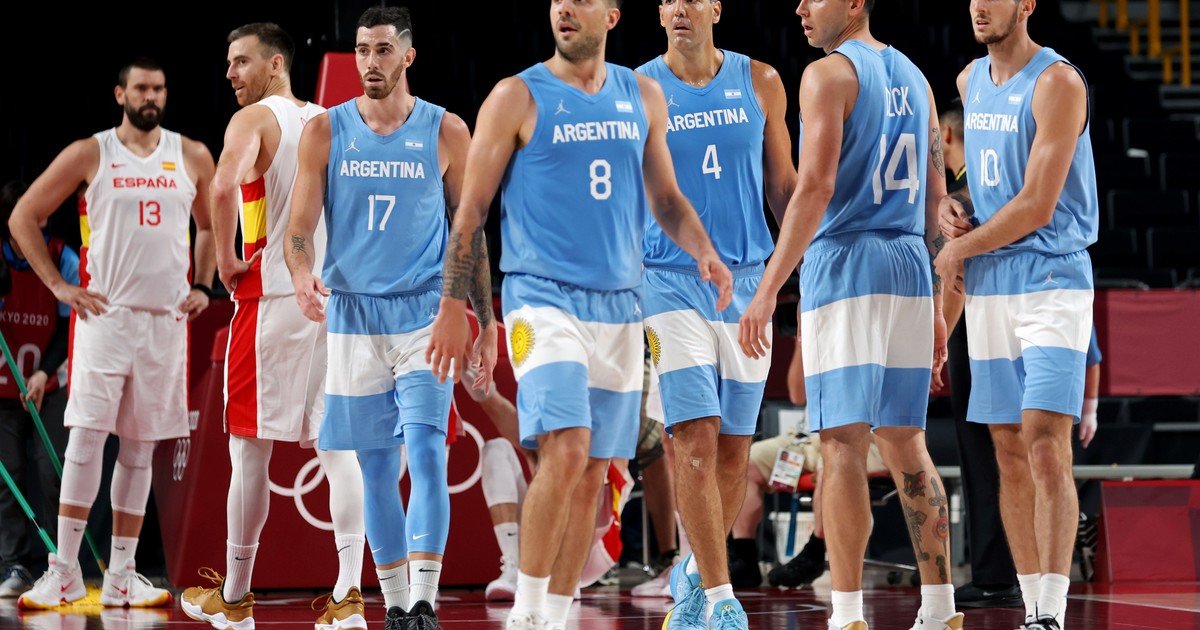 After the bronze medal obtained by the men’s rugby team 7 and the early eliminations of the combined soccer Y handball, also in the male branch, the team sports in which Argentina is represented in the Tokyo Olympics They enter a decisive segment, in which the calculator starts to work hard.

The basketball team He started his participation with two tough defeats against Slovenia and Spain. In any case, it still has chances in a contest in which the first two from each of the three groups and also the two best third-parties will qualify for the quarterfinals.

The team led by Sergio Hernandez He can only aspire to that third step in zone C, for which he will have to defeat Japan on Sunday at 1.40. If you get that victory, you will have to watch what happens first in the other two groups and bet that the difference in points will give you a wink. A victory for the United States against the Czech Republic in zone A on Saturday morning could be the key to Argentina’s qualification.

In field hockey, one of the two collective disciplines in which Argentina has its two representatives in the race (the other is volleyball), The Lions they had to sweat until the last date to advance. Thanks to a 4-1 win over New Zealand, the Olympic champions in Rio de Janeiro 2016 they finished third in group A and will now have to meet in the quarterfinals with Germany, which was second in zone B.

The men’s field hockey team advanced to the quarterfinals with a win over New Zealand. (Photo: MARTIN BUREAU / AFP)

The lioness They are also assured of their presence in the knockout stage, although they have yet to define their final position in group B. So far, they are second behind Australia, the rival they will face tonight at 11:45 p.m. for first place. To keep it, those run by Carlos Retegui they must win by four goals.

Beyond that aspiration, the Argentine team must score at least one point so as not to risk losing second place to New Zealand, who will face China, or Spain, who will play Japan.

In volleyball, The Panthers They are facing a very difficult outlook after three losses in a row, in which they could not win even one set. The team led by Hernán Ferraro, who is last in group B, will have to win their two games (if possible, without giving up sets) and wait for help from others.

Argentina will meet Turkey on Saturday at 2.20 am and China at 4.25 on Monday, the two rivals with whom it is fighting for fourth place in the group. In addition to succeeding in those duels, he will need the Turks to lose to the representative of the Russian Olympic Committee on the last date and for the Chinese to fall to Italy on Saturday, two quite logical results.

The challenge for the male cast is also difficult, who had reinforced their hopes this Friday after the comeback that allowed them to beat Tunisia 3-2, but France’s triumph over the Russian Olympic Committee team at the end of the day put it back against the wall. The team led by Marcelo Méndez will have to beat the United States on Sunday at 9.45 to remain in competition.