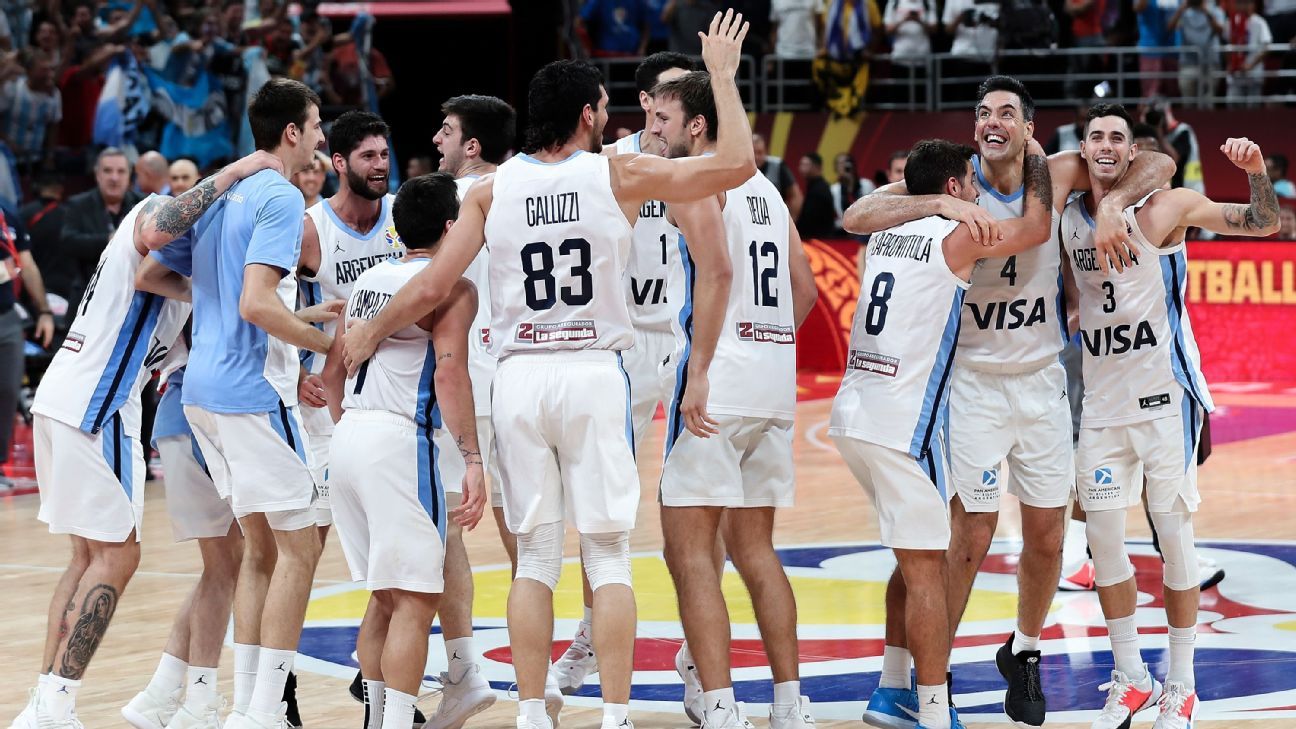 On September 9, 2019, in a room on the 37th floor of the Kande International Hotel in Dongguan, China, the team and part of the coaching staff of the Argentine basketball team gathered to watch United States vs. Brazil. That match in the second phase of the World Cup was fundamental to the aspirations of those led by Sergio Hernández. If the Americans won, Argentina qualified for the Tokyo Olympics. Argentina had already done their job: undefeated with five wins, they awaited their quarter-final match against Serbia. But with that American triumph, the two places that the World Cup offered to the best teams in America were already confirmed. That is why the celebration was unleashed with songs and hugs, like that so special between captain Luis Scola and the coach. The first great objective was accomplished. The Argentine path continued until the final that they lost to Spain and that generated a bitter taste on the last day of competition, but the complicated mission of getting the ticket to Tokyo was already a huge prize.

See you in Tokyo !! pic.twitter.com/9aXZQIVTMf

Why this memory? The answer was offered by the four qualifying tournaments that took place during the last week and delivered an Olympic place for each champion. Many European powers, other strong teams from the old continent and seven American teams went in search of the last tickets to Japan. In the four venues there were surprises, but in none of them a team from America could take the classification.

In Kaunas, Lithuania knew that they had a very strong home base and a great team to try to maintain their perfect attendance at the Olympics since their first appearance in 1992. The opponent to beat was Slovenia, with Luka Doncic as a figure. There was Venezuela, led by Argentine Fernando Duró, with the base of the squad that had achieved the historic classification to Rio 2016. La vinotinto got into the semifinals, where they fell to the Slovenians. In the final, Doncic shone with a triple-double of 31 points, 13 assists and 11 rebounds to lead his team to a 96-85 victory over Lithuania. The Slovenians, the last European champions, will have their Olympic debut in Tokyo and will be Argentina’s rivals in the debut.

In Split, Croatia sought to access the fifth Olympic event in its history. Neither the public in favor nor the stellar presence of Bojan Bogdanovic (Utah Jazz), who scored 38 points in the semifinal against Germany, reached the Croats to reach the definition. Mexico and Brazil were at this headquarters as representatives of America. They crossed paths in the semifinals and the Brazilians imposed their individual hierarchy and better collective performance to access the final. In the summit clash, Germany struck out with solid defensive work and clinched the 75-64 victory. The last German participation in Olympic basketball had been in 2008 with Dirk Nowitzki as the figure and standard-bearer of the delegation.

In Belgrade, Serbia needed to vindicate itself. In the World Cup he had lost his option in the quarterfinals against Argentina. That loss forced him to seek his passage at home, but without Nikola Jokic (Denver Nuggets) or Bogdan Bogdanovic (Atlanta Hawks) on the roster. There were Puerto Rico, who lost in the semifinals against the locals, and the Dominican Republic, which fell in the same instance against Italy. Neither of the two Central American casts had any real options to reach the definition of the hexagonal. In the final, Italy surprised and with a remarkable team play they beat Serbia 102-95 to return to the Olympics for the first time since 2004, where they won the silver medal.

In Victoria, Canada it was another organizer that did not live up to expectations. Despite the presence of Andrew Wiggins (Golden State Warriors) and RJ Barrett (New York Knicks) in their squad, those led by Nick Nurse (Toronto Raptors) lost in the semifinals against the Czech Republic. Uruguay participated in this qualifier and showed a good level, despite the defeats against the Turks and the Czechs. Greece, without Giannis Antetokounmpo (Milwaukee Bucks), got into the final. The decisive game was a monologue from the Czech Republic: 97-72 with Tomas Satoransky (Chicago Bulls), Jan Vesely and Jaromir Bohacik as banners to obtain the first Olympic qualification in its history.

The field for the Men’s # Tokyo2020 Basketball Tournament is now complete ✅ pic.twitter.com/WdMQgyIdag

It is clear that the dominance of European basketball in the world remains constant. The United States with its historic power and Argentina will be the only two representatives of the American continent. That Argentine celebration of September 9, 2019 in Dongguan was more than justified.