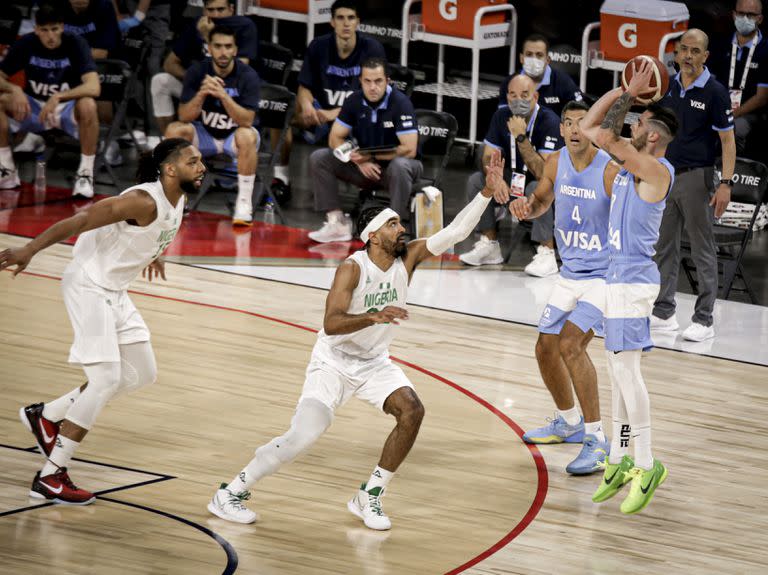 On the way to the tokyo olympic tournament, Argentina suffered a resounding defeat against Nigeria, in one of the preparation meetings. This time, the basketball team lost its second preparation game on Monday, now against the African quintet, for a resounding 94-71.

At the Michelob Ultra Arena in Las Vegas, the team that runs Sergio Hernandez was overtaken from the start by the surprising Nigeria, the team that had already given the big surprise last Saturday by beating the United States. “Today we offered a bad version of us”Acknowledged Hernández. “Nigeria is playing very well, I told (manager) Mike Brown that he has to enjoy this moment.”

Sergio Hernández was self-critical: “We offered a bad version of ourselves” (Twitter @ cabboficial /)

The young man Leandro Bolmaro (FC Barcelona) was the top Argentine scorer with 10 points, while Luis Scola finished with 9 and point guard Facundo Campazzo with 3, in a statistic of 0/7 in field goals. For Nigeria, Detroit Pistons center Jahlil Okafor had 15 points in 15 minutes, and young Miami Heat rookie Precious Achiuwa, 12 points in 14 minutes.

Argentina had already lost on Saturday to Australia with a decisive triple by Patty Mills on the buzzer, in her first game of this homer of preparation for the Olympic tournament. On Monday, two weeks before the premiere in Tokyo 2020 against Slovenia, Hernández gave more prominence to players who had less participation against Australia and left Campazzo, the figure of the team, out of the starting five.

Argentina suffered another crash in Las Vegas; Nigeria scored their second consecutive victory after their triumph against the United States (Twitter @ cabboficial /)

“Obviously it hurts us, losing by 20 is never nice (…) But you have to be calm, we are a team with experience in these situations,” said power forward Marcos Delía, from Italian Trieste. Runner-up in the last 2019 China World Cup, Argentina will close out the Las Vegas home run on Tuesday against the United States, before traveling to Tokyo on Saturday.

On your side, Nigeria made it clear that last Saturday’s victory against the mighty United States, 90-87, and on the preparation route to the tournament of Tokyo Olympics Basketball another victory was scored to reckon with. Josh Okogie and Chimezie Metu were added to what was done by Okafor and Achiuwa with 10 points each. On Tuesday, Nigeria will face Australia.