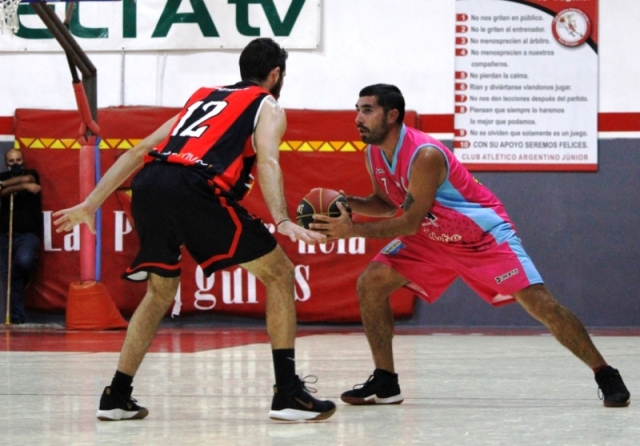 Yesterday the alarms were lit in the Tresarroyense Basketball Association: an Argentino Junior player was positive for Covid-19. The protocols were quickly put in place, the authorities were notified and it was decided to cancel the meeting scheduled for last night between El Bicho and Club de Pelota.

Applying what was resolved by the delegates before the start of the tournament, Celeste was declared the winner and the competition will continue on its usual lanes.

Before the consultation of this means of the reason why a new day to play was not proposed, from the ATB they clarified that it was agreed between the clubs previously not to reschedule since no team is exempt from having cases of Covid and it would be practically impossible to give it continuity to the contest. That is why the game has a winner and today it will be the turn of the rest of the programming.

Now the Argentine First Division squad is isolated in a bubble format, so next Monday at the meeting of the ATB board of directors the steps to follow regarding the tournament will be resolved.

The idea of ​​the managers is not to punish those who suffer from the disease, but to prevent them from hindering the continuity of the Officer, so they are already thinking of alternatives so that the Bug can appear on the third date before Costa Sud.

Among the options there is the chance that swabs are made or also move the commitment from Friday 17 to Sunday 19.

It is worth clarifying that the last training session of the team was on Tuesday 7 and the swabbing of the player who tested positive was carried out on Wednesday 8. With regard to the health part, after clarifying that the player is well like his teammates, they warned from the ATB that they are in permanent contact with the health authorities of the municipality, with whom they coordinate the steps to follow.

Continuing the Official First Division tournament, tonight the second date will be played with the following matches from 9:00 p.m. Alumni de Orense vs. Independent of San Cayetano, Costa Sud vs. Black and White of Coronel Suárez and Sarmiento of Coronel Suárez vs. Quilmes. Go free, Hurricane.

As an outstanding game, there will be the one that Sarmiento will play at home, who will make his debut in the 2021 season and will cut a long run without playing official games due to the pandemic. Being a regular protagonist in recent years, the Verdirrojo will receive Quilmes who fell in his debut against Argentino.

The current champion, Blanco y Negro, will arrive at Tres Arroyos, who after losing home on the first date against Club de Pelota will try to recover against Costa Sud, who has just overtaken Independiente.

While in Orense there will be a clash of losers in the debut, Alumni de Orense and Independiente de San Cayetano.