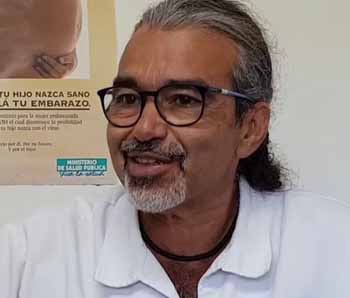 Beyond the fact that we are seeing a sustained decrease in coronavirus cases, largely due to the effect of the vaccination system, the Northern Regional of the Uruguayan Medical College (CMU) points out its concern about the rest that the population is taking in terms of sanitary measures.
KEEP MEASURES
“The majority of the population does not take into account all the recommendations that have been issued by the health authorities, in order to be able to totally eradicate the Coronavirus and avoid falling back into what has been experienced in past months that were devastating for society as a whole due to the amount of human losses and alteration of the care system, which also had an impact on the professional practice of several of our colleagues, ”said Ramón Soto, president of the North Regional of the Medical College of Uruguay. He agreed that the excessive increase in mobility that can be noticed in the streets of the different cities of the country these days, warns that the “real awareness of the problem has not yet been taken, beyond the fact that we go through very complex moments with spikes of contagion , interned in intensive care and a significant number of deaths that caused much damage to the social fabric, “said the doctor.
AGGLOMERATIONS
Soto adds that the series of agglomerations that have been seen in recent times “can become as early as counterproductive, before people accepted care to avoid infections and now we are seeing the opposite. We suffered the loss of dozens of people who suffered from the disease and who ended up dying from this virus, which brought desolation to the world. For this reason, we know that beyond the fact that the numbers have dropped, there are many people who will have the worst of memories in their memories, due to the suffering they have after the absence of their loved ones ”, Ramón Soto explained.