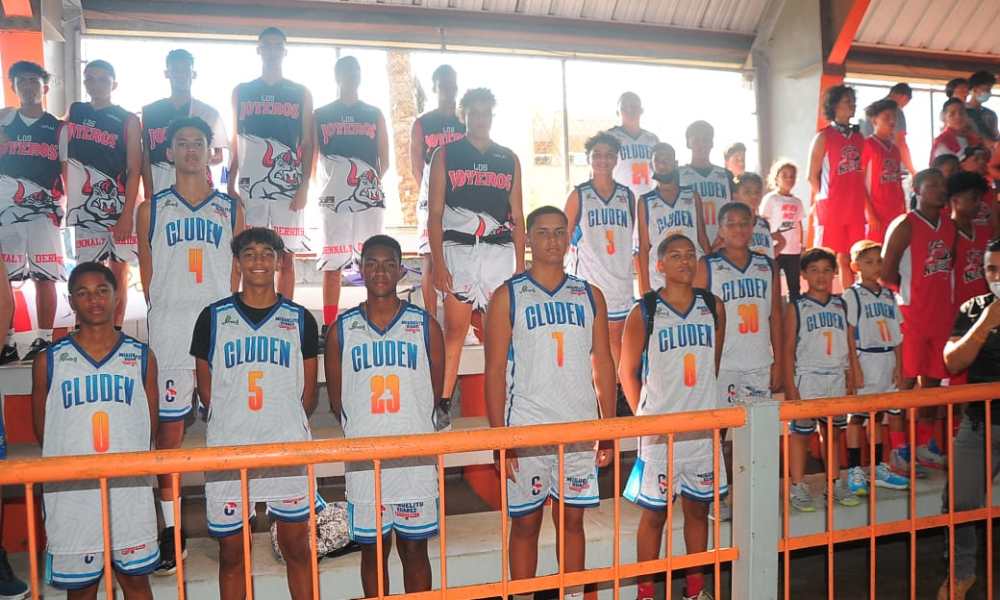 Representatives of the Club El Ensueño, from Santiago. External source

SANTIAGO.-Nine teams remain undefeated in the continuation of the regular series of the Santiago Youth Basketball tournament, organized by the local Association (ABASACA), and dedicated to Professor Rafael Ricardo Marte Ozuna.

In Group I the only undefeated club is Gregorio Urbano Gilbert (GUG), from Ensanche Libertad with a record of 4-0, followed by Nani Marrero B and Alfredo Morales with 3-1, each, Club Ingenio Arriba ( CIA) and the Messengers of Peace Club have the same record of 2-2, Máximo Gómez B, has 1-4, Unidos Por Cienfuegos 1-3 and Mella I, 0-3, while Nani Marrero A, del Ensanche Bermúdez dominates Group II with an undefeated record of 5-0, seconded by Miguel Angel Garrido, Camino del Bien and Hato del Yaque are 3-1, each one, Nuevo Ideal 1-2, Yolo Pérez 0-4, GUG B and Cinnamon 0-3, each.

Group III has two undefeated teams, the Baracoa team with 4-0, Cupes B, 3-0, followed by Pueblo Nuevo with 2-2, CLUBADA and Juan Antonio Alix 2-1, each one, Plaza Valerio has 1 -3, while La Joya registers its record at 1-2, the Liga Independiente and SAJOMA have a similar record of 0-3, the team of Club los Santos has a record of 4-0, to lead Group IV, seconded by the Parque E. León Jiménez A, with 3-1, Sameji and Club Luís Veras have 2-2, each one, Cecara and Liga Hermanas Mirabal have 1-3, CDP 2-1 and Los Idóneos 0-3.

Group V also has two squads with undefeated GO records. Ministrie with 4-0 and Gregorio Luperón of Cambodia 3-0, while Fénix B, Rubén Espino de los Salados and Cerro Alto have 2-2, each one, Parque E. León Jiménez B, 2-1, the INVI and Máximo Gómez A, 0-4, each, Group VI final also has two undefeated teams, the brilliant team of Fénix A and Cupes A, with 4-0 and 3-0, respectively, followed by Juana Saltitopa with 3-1, CLUVIDE, and Santana Lora has records of 1-3, Tres Cruces Monumentales and CLUDEN register the same record of 1-2 UDEBA 0-3.