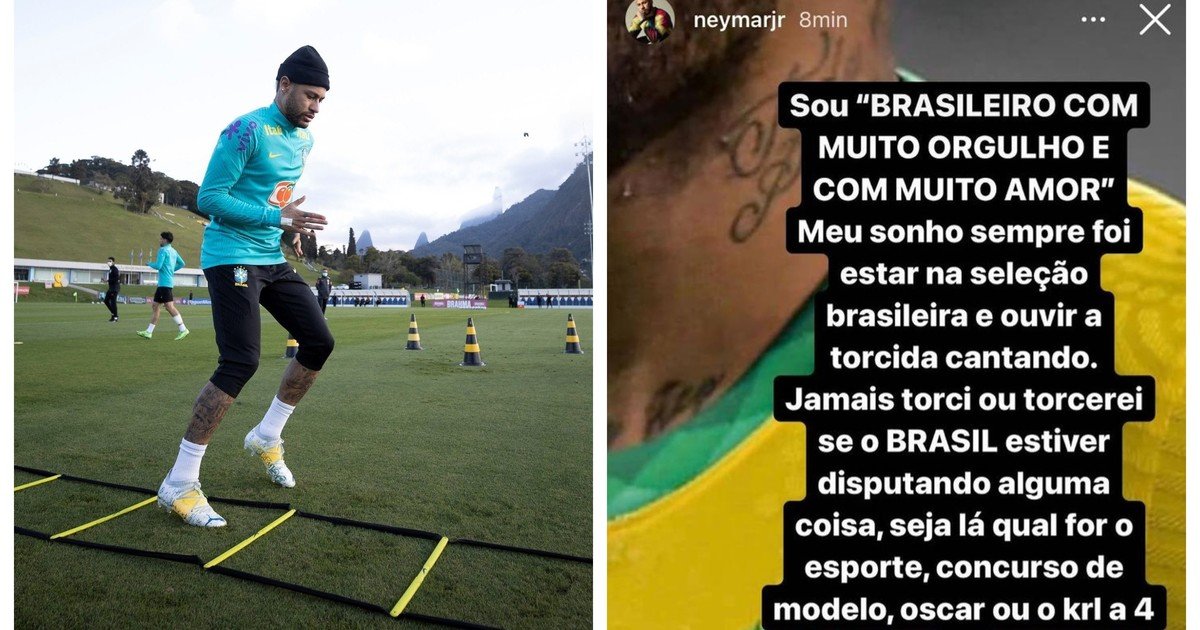 Neymar He is charismatic, he generates so much affection among Brazilians that the security of the national team has to reinforce his custody to prevent the overflow of his fans from causing problems. That was seen in various concentrations. But the star got angry with some of the people. This, because some fans said that they want Argentina beat Brazil in the final on Saturday, of the America Cup.

Ney in the semi against Peru.

Ney used his Instagram account and wrote in a story: “I am ‘Brazilian with a lot of pride and with a lot of love‘(typical song in the stands). My dream was always to be in the Brazilian team and listen to the fans sing. I never attacked or will attack if Brazil is playing for something, whatever the sport, a modeling contest, the Oscar … “.

“If there is Brazil, I am Brazil, and who is Brazilian and makes it different? Okay, I’ll respect it, but go to … “ closed, with letters that with the initials represent an insult.

At the end of the post, he clarified that this text is only for those who are against Verdeamarela.

Ney in practice this Thursday.

In social networks there were Brazilians who said that they will want Argentina to win after the country’s president, Jair Bolsonaro, anticipated that Tite’s team will win 5 to 0. Although there were also others who before that declaration had already manifested with the same desire. And this has to do fundamentally with the affection with Lionel messi.

Even Nene, a Fluminense player who asked Leo for photos in the national team’s practice at the Rio club complex, later used his Instagram account to clarify that he wants Brazil to win, since in this context it is necessary …

Already The Prefecture of Rio de Janeiro announced that no public will be allowed in the Maracana, despite the fact that Conmebol had asked for a 10% capacity.