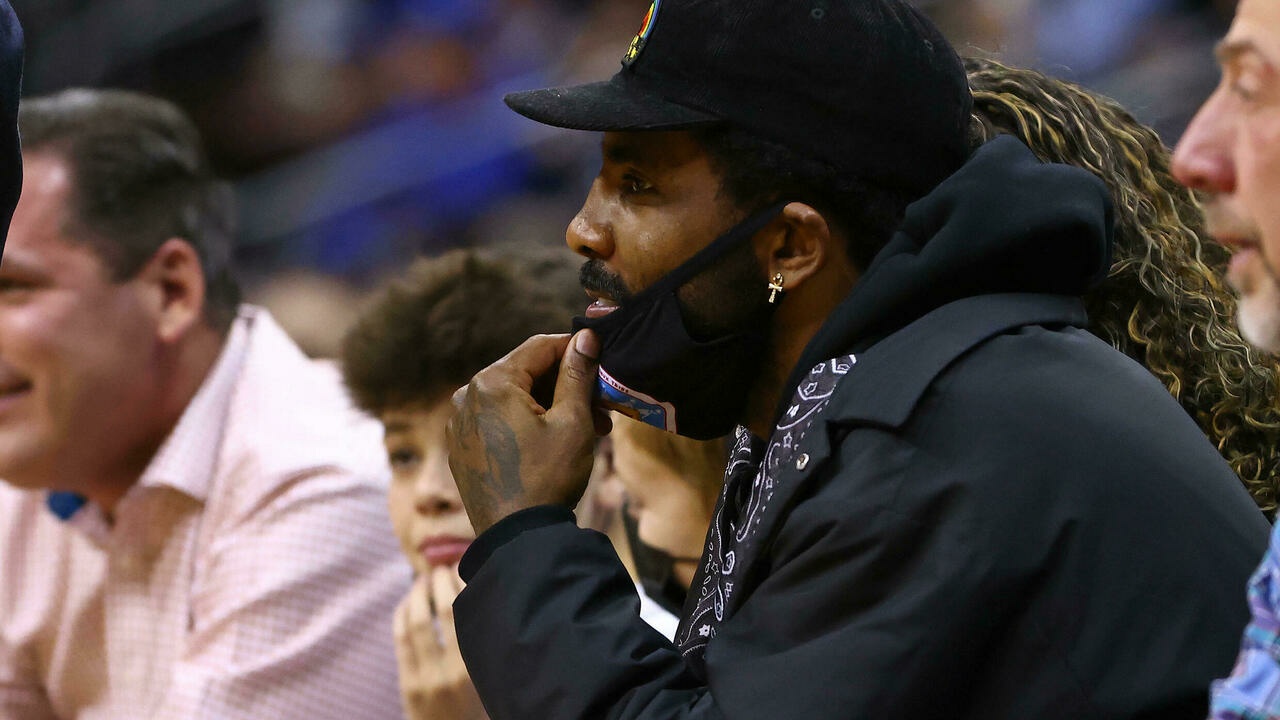 Los Angeles (AFP) – The Brooklyn Nets announced this Friday that they will soon rejoin All-Star point guard Kyrie Irving, who was removed from the team because his refusal to get vaccinated against the coronavirus prevented him from playing home games.

Irving, one of the three superstars of the Nets, is not authorized to play the games on the Nets court due to the policies against the coronavirus in New York, which require adults to be vaccinated to access large public indoor events .

Before the start of the season, the Nets pushed the controversial point guard away from the team by refusing to make him available only for away games.

Two months later, and hit by a coronavirus outbreak in the squad, the Nets reversed Friday and authorized their return.

“Following discussions with our coaches, players and staff, the organization has decided that Kyrie Irving will rejoin the team for the games and practices in which he is eligible to participate,” Sean Marks, the team’s general manager, said in a statement.

“We reached this decision with the full support of our players and after careful consideration of our circumstances, including players who are missing games due to injuries and health protocols,” he said.

“We believe that the addition of Irving will not only make us a better team but also allows us to more optimally balance the physical demands of the entire workforce,” added Marks.

US media clarified that the Nets count on Irving only being able to play in games outside of New York, although other NBA host cities such as Toronto (Canada) also require vaccination from players.

“Irving is preparing, he has started covid-19 testing of the team and the date of his debut for the season is yet to be determined,” said journalist Shams Charania, of the digital medium The Athletic.

Casualties include star James Harden. The great figure of the team, Kevin Durant, has been on track for up to 48 minutes starring in heroic performances for the Nets to win their last four games.

The Nets advanced that Durant will also be out in Saturday’s game against the Orlando Magic with an ankle discomfort.

The NBA is experiencing a wave of COVID-19 infections that led to two games being suspended this week, for the first time in the campaign.

To address this situation, the league agreed on Thursday with the players’ union (NBPA) on an upcoming reinforcement of prevention protocols.

The NBA will administer daily tests to all players and personnel, with the exception of those who have received the booster vaccine or recently had the disease, between December 26 and January 8.

Until now, fully vaccinated players were not regularly tested this season.

The Nets, one of the great candidates for the ring, had at the beginning of the season to recover Irving at some point, either due to a change in the measures against the coronavirus in New York or a change in the position of the base, which he ceases to perceive $ 381,000 for each home game lost.

Finally Irving is shaping up to return without any of those circumstances having changed, unless publicly known.

The point guard, 29, and winner of the 2016 ring with the Cavaliers, claims to fight for the right of people to decide whether to get vaccinated or not.

His position has been applauded by sectors opposed to the mandatory nature of the vaccine, including Republican figures such as Ted Cruz or Donald Trump Jr.

A vice president of the players’ association, Irving has fought other battles against the NBA in the past, including fomenting a boycott of the restart of the 2020 season at Disney World amid anti-racist protests.

He has also starred in controversies of various kinds in recent years, including arguing that the Earth is flat.

Nets reinstate Irving for games away from New York