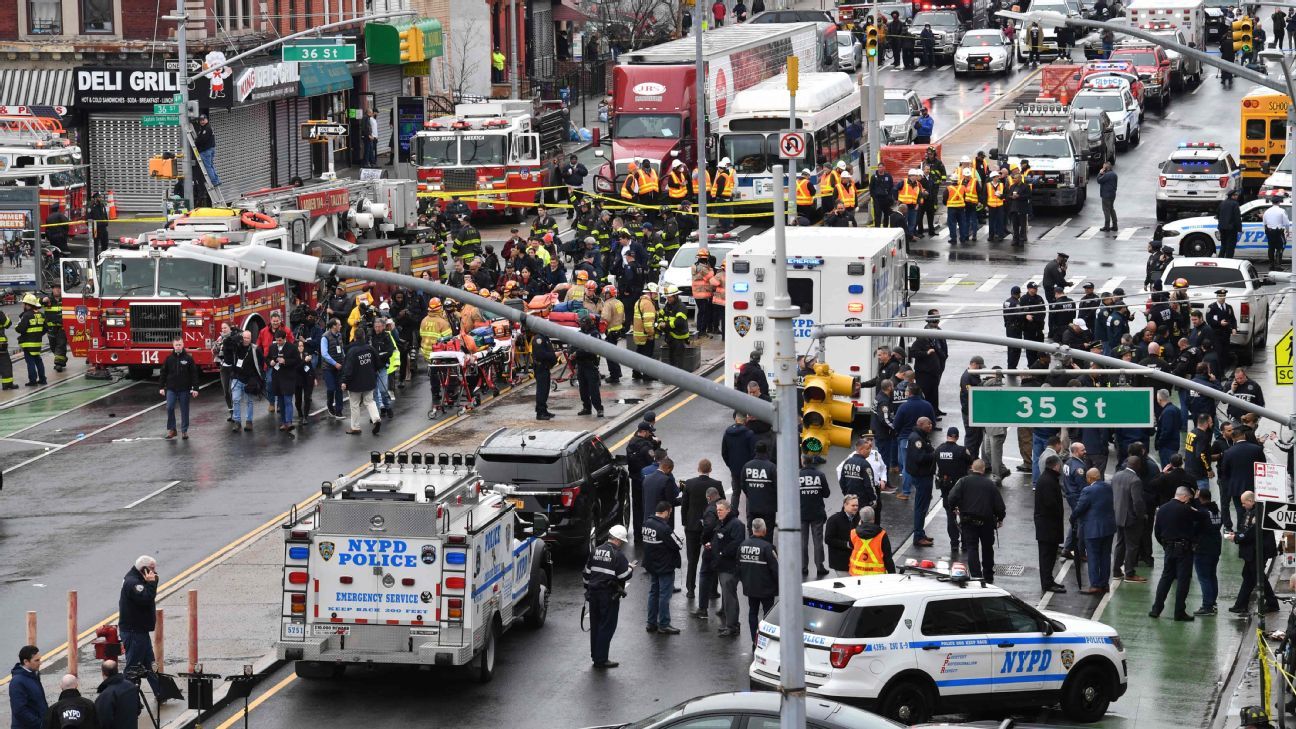 NEW YORK – A shooting on the New York City subway left the Brooklyn Nets shaken Tuesday morning, with Kevin Durant and his teammates reacting to the “devastating” news with outrage.

At least 10 people were shot by a gunman at the 36th Street Station, which is a half-mile from the Nets’ practice facility in Brooklyn. In all, at least 16 people were injured and police are still searching for the shooter, who fled the scene wearing a construction vest and gas mask.

“It’s devastating,” Durant said after practice before Tuesday night’s play-in game against the Cleveland Cavaliers. “I don’t know the details. Hearing the sirens outside the practice facility and seeing so much commotion outside, you hope and pray for the best for everyone involved.”

Durant said he initially started hearing about what had happened through text messages from the team, but no one initially knew how serious the situation was.

“They texted us saying there might be some traffic, but I didn’t know why,” Durant said. “And then you look through your phone and you see things. I hate violence, I hate senseless violence. Hopefully we can figure out the details and get everyone to safety and get everyone the help they need, but it’s a tough situation.” right now”.

After arriving at the facility, Durant and his teammates began to receive more information about what was happening at the 36th Street station. The sound of helicopters flying nearby and the sirens of police cars and ambulances They were present throughout the venue.

“Guys heard a lot of stories on social media, through their phones, and hopefully we can figure this out,” Durant said. “And the people [pueda estar] safe. I know they shot a couple people. It is an unfortunate situation. I hope they figure it out.”

Nets coach Steve Nash said he didn’t find out about the tragedy until just as practice started, and even then the details were unclear.

“Obviously it’s a tragic morning,” Nash said. “We’re devastated for the community and for those directly involved. I don’t know a lot of details so I don’t want to go into too much depth, but we’re all worried about those involved. And at the same time, we’re trying to prepare and focus on our task at hand.”

The Nets were preparing as if the game was going on as scheduled; the league continues to monitor the situation. Television coverage of the shooting was played on monitors just off the practice floor as Nets personnel walked by to see what was going on.

Like many in the organization, the veteran point guard goran dragic I couldn’t believe how close the shooting was to the Nets facility. As the post-practice media interviews concluded, people in the building began receiving emergency alerts on their cell phones about what was happening in the area.

“[El entrenador asistente Jordan Ott] I’d say, ‘See that yellow building? That’s where it happened,'” Dragic said. “So it’s very close. It’s a little scary how close it was. I’ve already been on the subway a couple of times, but now I don’t know. I have my doubts”.