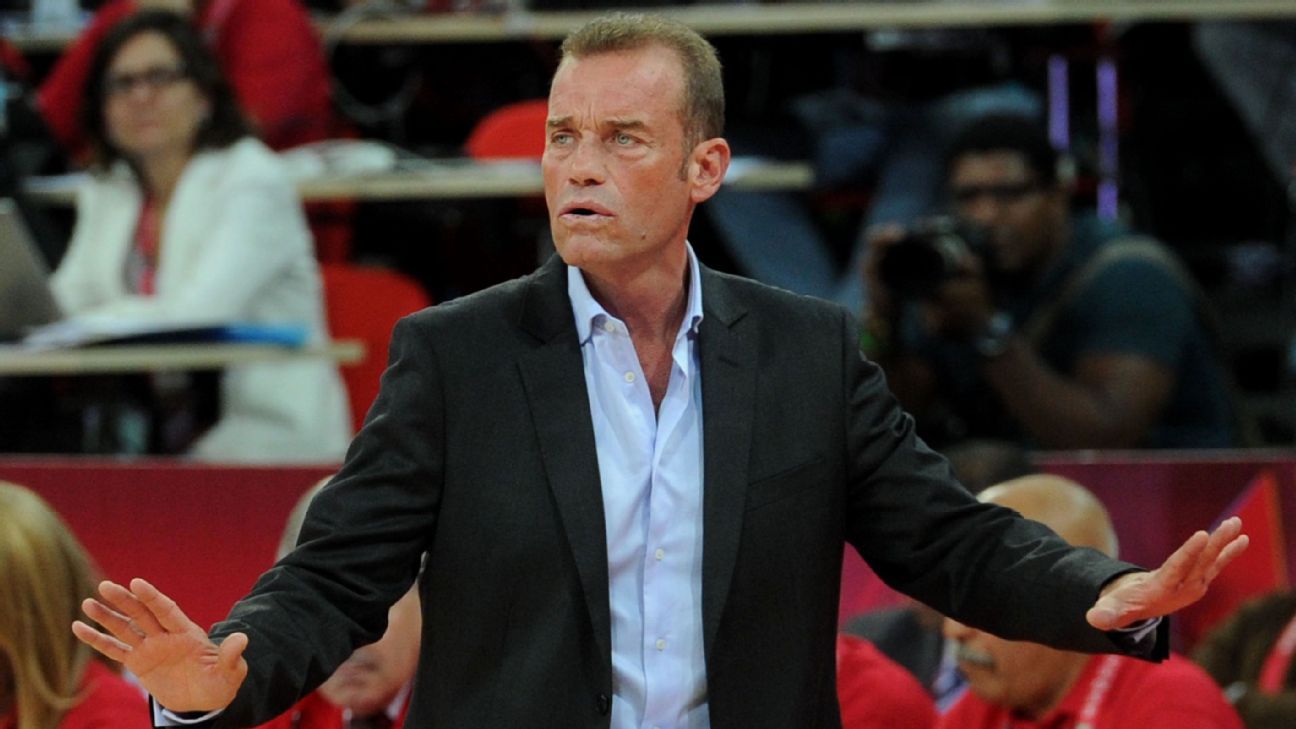 The Argentine basketball team, illuminated by the stars of the Golden Generation, faced a weighty task: he was the host in Mar del Plata for the Tournament of the Americas that awarded two places for the London Olympic Games. The main coach was Julio Lamas, who had returned to the national team for his second cycle. The largest poster assistant, Néstor “Che” García.

The great figures such as Manu Ginobili, Luis Scola, Chapu Nocioni, Fabricio Oberto, Carlos Delfino, Pablo Prigioni and the returnee Pepe Sánchez carried the pressure on their shoulders to achieve qualification. At a dinner before the start of the tournament, “Che” appeared in one of his most recognizable facets for those who have shared with him at some point outside of a match: he is an unrivaled storyteller. Néstor stood in front of everyone and took out a classic from his repertoire: the time that the Halcones de Xalapa mascot, the team he directed in Mexico, wanted to help him at the peak of a match by offering him what he had heard from the rival coach . Che’s histrionics and verbiage unleashed laughter from the squad and the rest of the coaching staff. The objective was accomplished, he had managed to relax the atmosphere.

In 2012, as Lamas began preparation for the Olympics with the main team, Néstor García was in charge of leading the team that participated in the South American Championship in Chaco. There he took Leo Gutiérrez as an experienced reference and three young people who made their debut and today are the three most experienced players on the squad since Scola’s retirement: Facundo Campazzo, Nicolás Laprovittola and Marcos Delía.

Argentina was undefeated champion, the players threw Che through the air and happiness was breathed in the conjunction that existed between the technical director and the squad. Leo Gutiérrez was the team’s top scorer in the tournament with an average of 13 points, but the highlight was Campazzo’s performance: 10.8 points per game to start beating his friend Laprovittola the race to win a place in the tournament. squad that would go to the Olympics.

After that tournament, the link between Che and the selected one was dissolved. Lamas took Sergio Hernández as an assistant to London and Néstor García took another course.

Venezuela gave Che the opportunity to take over the national team in 2013. And Nestor clung to that country so much that he adopted it as his second homeland. In 2014 he was champion of the South American in Isla Margarita. There they beat Argentina in the final, who had once again gone with an alternative team.

In 2015 the challenge was greater. The Tournament of the Americas that was played in Mexico delivered two tickets to Rio 2016. The Mexican team led by Gustavo Ayón, Canada with Andrew Wiggins and eight other NBA players, Argentina with Scola and Nocioni, Puerto Rico and Brazil appeared as the candidates. Nobody had Che’s vinotinto in their considerations.

With a not very showy game, but based on the detailed knowledge of each rival, Che led Venezuela to the semifinal. He had to face mighty Canada. Hard? Yes very. Impossible? For Che, never.

-Néstor, can you come and make a live note for FIBA ​​in the preview?

-Yes, go ahead, but first accompany me outside to smoke a pucho.

Che consumed the cigarette at record speed and went to do the interview moments before one of the most momentous matches of his career.

Venezuela was always at stake, despite the differences in the individual category of the players. Nestor had managed to bring the development of the game to the terrain he desired: long possessions, tough defenses and excellent shot selection.

Venezuela lost by 7 points and Che requested a time-out. “We are 3 minutes away from going to the Olympics,” he told his team. It gave them the energy and confidence they needed to turn the tide, to be the protagonists of the story. Venezuela reversed the score and gave the big blow.

To crown a dream tournament, the vinotinto once again won a final against Argentina. This time, to the best version that the albiceleste could present. Che had his friend and fellow countryman Oveja Hernández on the rival bank. Nestor knew, once again, everything about his adversary and he proved it.

After the Venezuelan experience, García had a new challenge with a national team. He guided the Dominican Republic to the 2019 World Cup and there he hit another hit: he qualified for the second phase, leaving none other than Germany on the road. Che had done it again.

After the successful cycle of Sergio Hernández in the Argentine national team, Néstor García receives the opportunity for which he prepared himself and with which he dreamed of his entire career. None of the historic stars of the Golden Generation are here anymore. But there are players of a very good level, to whom the coach will try to take them to their best version as he has done so many times in each place where he had to coach. This time, Che wants to be a prophet in his land.