Vitoria is a world cradle of basketball. Great coaches and players have come out of the capital of Alava in recent years. A passion for basketball never seen before in such a small city that has two elite teams, Baskonia and Araski, plus many other clubs and schools that make up Vitoria’s basketball academy.

From that factory of talents formed in Vitoria has come Nerea Beautiful. The center from Gasteiz is the future of women’s basketball in Spain and the Spanish Federation knows it. In fact, Nerea is called up for the first time with the senior team for a concentration and two friendly matches in Melilla.

In addition, this call represents a new milestone in the city, because Nerea is the first player born in Vitoria who goes with the Absolute Spanish Women’s Basketball Team. With her 1.96 meters in height, Nerea Hermosa is the top of the absolute along with Astou Ndour, one of her references along with Laura Gil or Raquel Carrera. 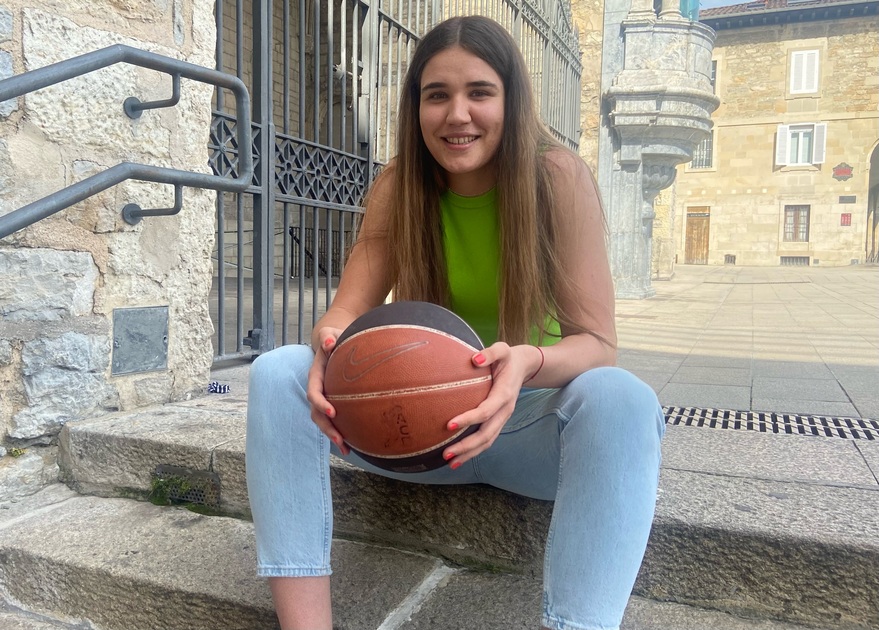 Nerea Hermosa was clear that she wanted to play basketball from a very young age. The Vitorian she studied at the Nazareth school where “she never had the opportunity to make a basketball team.” For this reason, Nerea got together with several girls from the school to “make a small group and play more in the yard“But his height and talent did not go unnoticed even though he did not play for any team.

The Álava National Team called Nerea for some formations in which she stood out and received the call from Saint Viator because they said that “he had qualities to play basketball”. One of the leading basketball schools in Vitoria managed to attract the 12-year-old from Gasteiz. There, Nerea comments that he was “with other teammates from Álava and Euskadi and we went to the Spanish championships”. 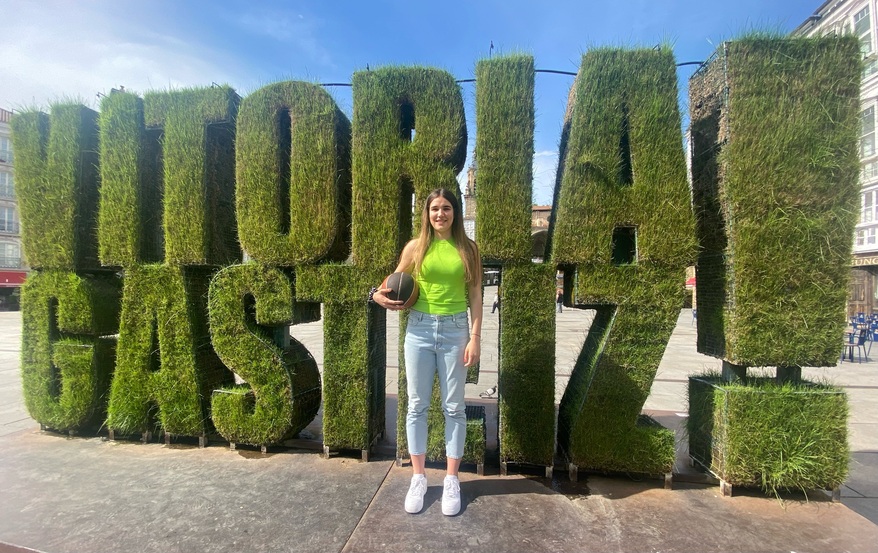 The meteoric growth caught Nerea Hermosa “at once”. And it is that the Vitorian comments that “they called me because she was tall and there was no one like me”. During those stints at San Viator, Nerea noted that “suddenly everyone was interested in me“. This meant that after two years at this school in Vitoria, the Gasteiz native went to one of the most important basketball academies, XXI century in Catalonia.

At 14 years old, Nerea caught the attention of the Spanish Basketball Federation and entered the lower categories. After four years in Segle XXI and in the national team, the player from Vitoria decided to embark on the adventure of American basketball in the Georgia Tech University.

Physical growth in the United States

Nerea opted for Georgia Tech to improve her basketball and combine it with college. In fact, the gasteiztarra study Industrial design. In the sports aspect, Hermosa highlights that “basketball is more physical, fast and there is much more contact.” These characteristics have allowed her “to be tougher and more in control of my body.”

In addition, Nerea Hermosa points out that her coach’s game “is more like Spain” and this has allowed her to “learn to gain position well and improve the shot from outside“During this last season, the center from Vitoria has averaged 10.6 points, 5.6 rebounds and 1.8 assists in almost 32 minutes on the court. 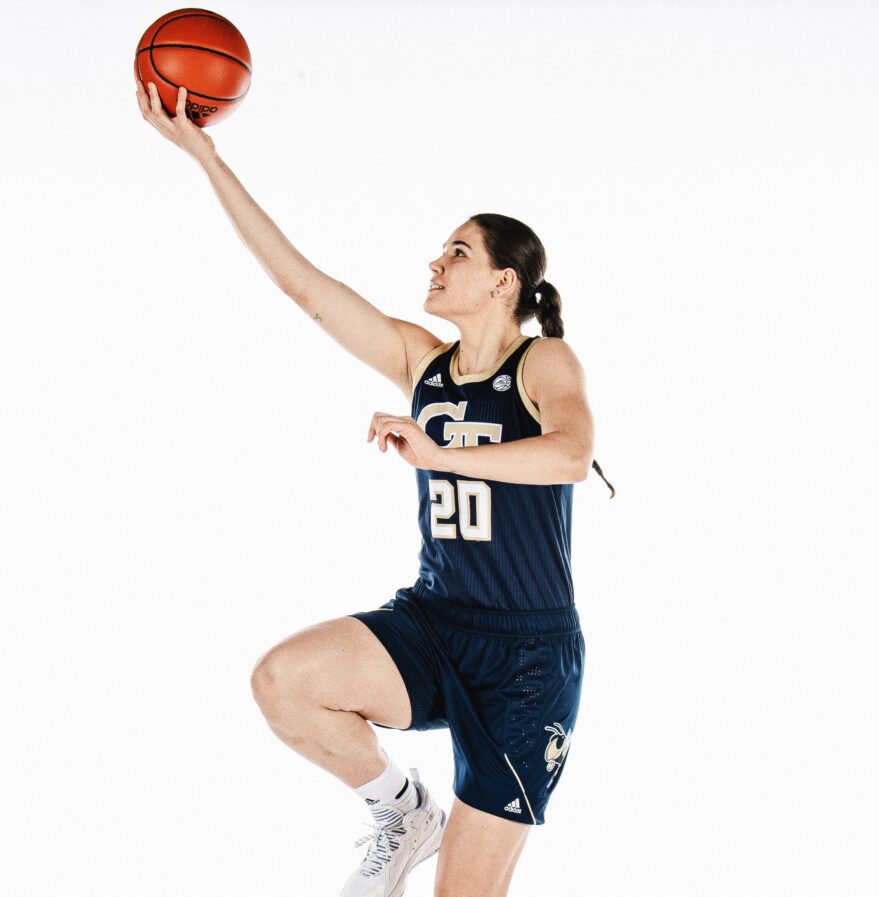 Despite growing in the lower categories, Nerea did not expect the call of the Absolute Selection. Of course, it was an all or nothing for this summer because the Vitorian could no longer play with the sub 20. “She was in the middle of a class and very excited after many years of work for fulfill a dream“, Nerea remembers that day of the call.

Beyond the call, the center from Álava assures that “all the coaches I’ve had until I got here crossed my mind and I want to thank them for their work”. Now, Nerea Hermosa already thinks of the absolute where she wants “do your best and show them everything I’ve been working on over the years”. 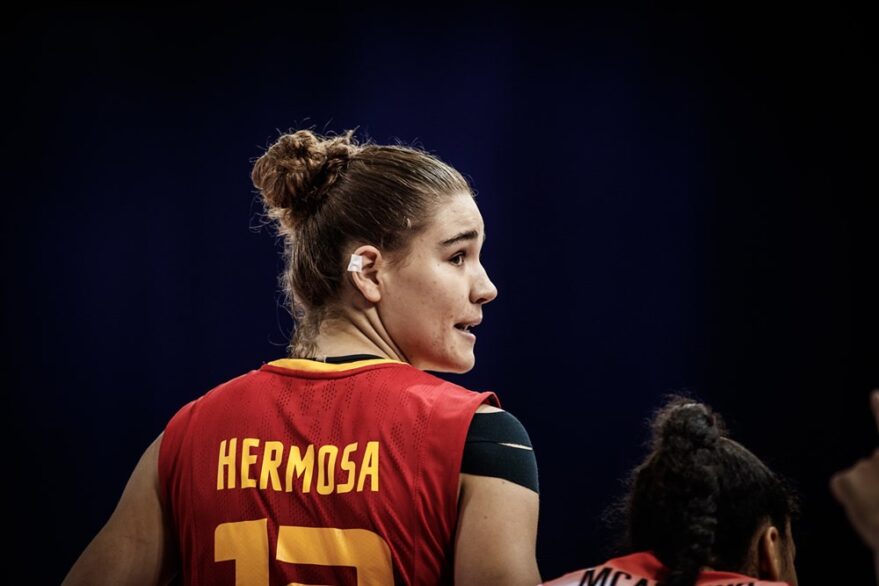 Although some of her references are above, Nerea is clear: “I want to help in rebound and defense being a sponge to absorb everything”. Although in a year there will be Eurobasket, Hermosa assures that “I am a hardworking aunt and she is not going to give up“to be among the 12 players chosen by Miguel Méndez for the European event.

With only one year of college ahead of her, Nerea Hermosa is also thinking about her professional future. “If possible I would like to live the WNBA experiencealthough not every summer”, confirms the Vitorian. Of course, her Gasteiz and Alava roots are still alive and she confirmed to Gasteiz Hoy that “If I had to choose, I’m better off here“.

In her possible return to Vitoria, Nerea Hermosa has in mind the Araski being “a team in which I would continue to improve as a player”. Although the center from Vitoria assures that “rumors are heard from Valencia and Perfumeries, but they have not told me directly.” To get to the Women’s League, Nerea Hermosa is clear that “I have to keep improving to get to that level.”